With help from Laurens Cerulus, Leah Nylen and John Hendel

Editor’s Note: Morning Tech is a free version of POLITICO Pro Technology’s morning newsletter, which is delivered to our subscribers each morning at 6 a.m. The POLITICO Pro platform combines the news you need with tools you can use to take action on the day’s biggest stories. Act on the news with POLITICO Pro.

— Net neutrality fight: Lawyers for California will defend the state’s net neutrality law this morning in federal court, as the telecom industry fights to block it.

— Antitrust back-and-forth: The trade group for realtors is calling foul over the Justice Department’s backpedaling on an antitrust settlement that would shut down the DOJ probe into its online real estate listings rules.

IT’S TUESDAY, SEPT. 14. WELCOME TO MORNING TECH. I’m your host, Benjamin Din. The weather is starting to cool down in California, and fall is coming soon. Do you have any fun autumn traditions?

Got a news tip? Email me at [email protected] and find me on Twitter @benjamindin. Got an event for our calendar? Send details to [email protected]. Anything else? Team info below. And don’t forget: Add @MorningTech and @PoliticoPro on Twitter.

A message from Charter Communications:

We’re proud to announce that Spectrum Internet ranks No. 1 in the U.S. News & World Report 2021-22 “Best Rural Internet Service Providers” survey. This recognition underscores our ongoing commitment to connecting more communities from coast to coast, including rural areas. And we’re just getting started.

CALIFORNIA FACES ISP GROUPS IN NET NEUTRALITY CLASH — A federal appeals court in California will hear oral arguments this morning from the California DOJ and the telecom industry, as other states have continued to pursue their own net neutrality rules.

— What’s at stake: California’s three-year-old net neutrality law is generally considered a model for such legislation because it goes beyond the FCC’s own 2015 net neutrality rules, and states that want or have passed their own laws are closely watching the proceedings.

That includes Vermont, where the state government and trade groups representing internet service providers have agreed to put their litigation on hold pending the completion of the California case. Meanwhile, Rhode Island is considering a bill that would codify an executive order by then-Gov. Gina Raimondo that set net neutrality regulations for ISPs involved in certain public contracts.

— The backstory: California enacted its net neutrality law in 2018, in response to a Trump-era decision to spike federal rules intended to block internet service providers from throttling users’ speeds or favoring web traffic to one website over another. The Trump DOJ and the telecom industry then both sued California, but this February the DOJ dropped its suit, while a judge denied the industry’s request for an injunction and allowed California to begin enforcing the law. The industry groups appealed, saying a patchwork approach of state net neutrality regulations would be untenable for their members.

— Still waiting on the chief: President Joe Biden has urged the FCC to reinstate net neutrality rules. But the agency is still waiting on him to nominate a fifth commissioner to break its current 2-2 partisan tie. Meanwhile, Sen. Ed Markey (D-Mass.) said in July that he planned to introduce legislation “soon” to restore the rules, although that could face tough prospects in the evenly split Senate.

THROWING A FRENCH WRENCH INTO EU-U.S. DATA TALKS — France is pushing Europe to escalate its fight against U.S. law enforcement’s ability to access secure data stored in Europe by American cloud companies — which could make things awkward for transatlantic data transfer talks at the upcoming EU-U.S. Trade and Technology Council meeting in Pittsburgh.

Guillaume Poupard, director general of France’s cybersecurity agency, told POLITICO Europe’s Laurens Cerulus that he wants a new cloud cybersecurity rule that would make sure that “only European law is applicable on cloud products certified in Europe” for critical services like health care and financial services.

The rule “would exclude the standard American and Chinese services” from offering services in critical sectors in Europe, he added. “This is not about turning our backs on partners. But it’s about having the courage to say that we don’t want non-European law to apply to these services.”

— Looking at the CLOUD: In 2018, the U.S. passed the CLOUD Act, which gave American security services the authority to demand access to data from Amazon, Google, Microsoft and other U.S. companies, even if that data was physically stored in Europe. EU member nations — France and Germany, in particular — were not happy with the decision, which served as a catalyst for the bloc to decrease its dependence on American digital services, especially in the cloud market.

But U.S. companies aren’t completely shut out. Last week, Deutsche Telekom announced it was partnering with Google to launch a “sovereign cloud.” The telecom operator will offer Google’s services but with local controls over the data. These types of initiatives bring a “natural immunity from the CLOUD Act,” Poupard said.

REALTORS FIGHT BACK AGAINST ANTITRUST PROBE — The National Association of Realtors has asked a federal court to block DOJ from backing out of an antitrust settlement the Trump administration reached with the group in October — a move that could tie the DOJ’s hands in going after how real estate listings are displayed online.

The organization, which represents 1.4 million real estate professionals, said DOJ’s decision to withdraw the settlement “will set a potentially catastrophic precedent” and requested a court order prohibiting prosecutors from continuing to investigate the group’s rules about real estate listings.

As part of the settlement agreement, DOJ had promised to close aspects of its probe into the group, including its focus on NAR’s rules governing how and when listings are displayed. Some of those rules play a feature role in ongoing antitrust suits, including one by real estate startup Rex against the group and Zillow, which alleged Zillow was favoring NAR-affiliated realtors in its online listings. If the court were to block DOJ from backing out of the settlement, that would keep the department from filing its own suit over the online listing rules.

— The argument: The settlement was filed with the federal court in D.C. in November and hadn’t been finalized when the DOJ filed to withdraw it on July 1, citing concerns it would impede prosecutors from future investigation. Days afterward, DOJ prosecutors sent NAR a new civil subpoena seeking documents on its policies.

The trade group argues the new document requests violate DOJ’s prior agreement to close that portion of the probe. “The Antitrust Division has no right, under the law or the parties’ agreements, to unilaterally modify or rescind the commitments it made,” NAR said in its Monday filing. The Justice Department “is bound by the terms of the deal, just like any other litigant.”

Meanwhile, two-thirds agreed that big tech companies should not be able to acquire smaller companies “because of the potential negative impacts on competition and consumers,” while 26 percent disagreed. (However, when presented with the Amazon-MGM merger, the percentage of voters who supported the government blocking the merger dropped to 52 percent, with 37 percent opposed.)

These results are a positive sign for Biden, who has appointed tech critics and progressive antitrust leaders to top posts in his administration. The poll was conducted from Sept. 1 to 2 and surveyed 1,187 likely voters, with a margin of error of plus-or-minus 3 percentage points.

The FCC’s long-running Universal Service Fund currently derives funding by charging providers of traditional telecom services (think landline, wireless and VoIP). In a call with reporters, Mattey lamented the “skyrocketing” amount legacy providers contribute and warned “we’re really getting to a point of crisis” with the fund’s sustainability. She argued the fund needs to draw from broadband access revenue, too. “This is an immediate fix that can be taken now to stabilize the system,” she added.

Today’s release is another data point in favor of shaking up how the FCC manages its USF, which funds rural broadband buildout as well as aid for low-income families, schools and libraries. AT&T has called on Congress to provide direct funding, while GOP Commissioner Brendan Carr says the FCC should tap tech giants’ revenue streams in other ways.

KLOBUCHAR TO JOIN POLITICO TECH SUMMIT — Sen. Amy Klobuchar (D-Minn.), who chairs the antitrust panel, will participate in POLITICO’s inaugural tech summit on Wednesday. She’ll join our privacy reporter, Alex, for a conversation on tech regulation, including data privacy, antitrust, and the FTC’s role in regulating tech giants. Got any burning questions? Send ‘em over to Alex at [email protected] or through Twitter to @Ali_Lev, and register to attend here.

Biden intends to nominate Alvaro Bedoya as a Democratic FTC commissioner. … Norberto Salinas has launched consultancy firm Salinas Strategies LLC. He was most recently director and senior counsel at Intel Corp. and was senior counsel for the House Judiciary Committee. … Danielle Burr has joined McKinsey & Co. as head of public affairs. She was head of federal affairs at Uber and is a Hill alum.

Sasha Galbreath and Marshall Miller are joining the Wireless Infrastructure Association as public affairs managers. Galbreath was previously at Clyde Group and is a House alum, while Miller was at DDC Public Affairs. … Trevor Jones has been promoted to USTelecom’s VP for government affairs. He is a Ron Wyden alum. … Scott Mulhauser has returned to Bully Pulpit Interactive after serving as a senior adviser to Raimondo.

A message from Charter Communications:

Access for all means opportunity for everyone. That’s why we’re investing billions to extend our network to reach those who need it most. Over the next several years, we will build more than 100,000 miles of new U.S. broadband infrastructure that will deliver reliable, high-speed internet access to even more communities from coast to coast. That’s an extension long enough to circle the equator four times.

This $5 billion initiative will connect an FCC-estimated one million currently-unserved, mostly rural families and small businesses to reliable broadband service with speeds of up to 1 gigabit per second.

Road map: The Coalition to Fight Digital Deception is out with a new report on how artificial intelligence and machine learning-based tools used by social media platforms can spread and amplify disinformation.

Big shocker: There are a lot of iPhones in Apple TV+ shows, via WSJ Video.

Not good: Ireland is failing to enforce EU privacy laws to major tech companies, Ars Technica reports. Not a whole lot has changed, it seems, since this 2019 POLITICO investigation. 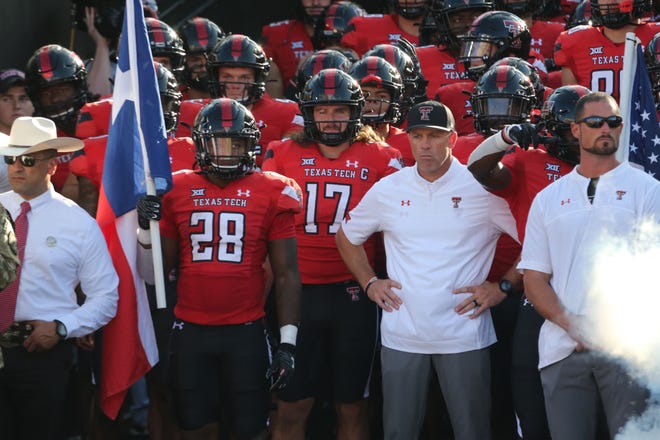