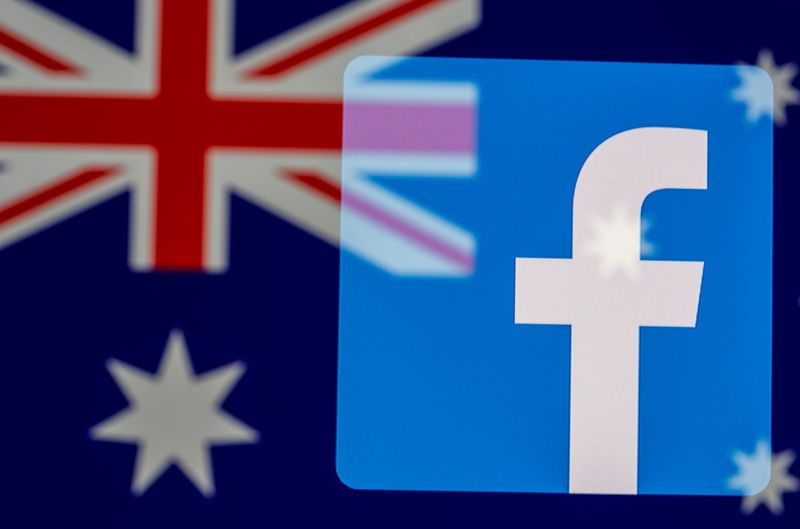 SYDNEY (Reuters) – Facebook Inc (NASDAQ:) has told Australian publishers it has stopped negotiating licencing deals, an email to the industry seen by Reuters showed, a move which came just six months after the passing of a law designed to make tech giants pay for news content.

While Facebook has announced deals with most of the country’s largest news outlets, some media companies including TV broadcaster SBS have been left out in the cold, raising questions about the scope and effectiveness of the law.

The Special Broadcasting Service, or SBS, one of Australia’s five national free-to-air broadcasters and the country’s main source of foreign language news, said Facebook declined to enter negotiations despite months of attempts and that it was surprised and disappointed. It noted it had successfully concluded a deal with Google (NASDAQ:).

“This outcome is at odds with the Government’s intention of supporting public interest journalism, and in particular including the public service broadcasters in the Code framework with respect to remuneration,” an SBS spokesperson said in a statement on Wednesday.

Facebook’s regional head of news partnerships, Andrew Hunter, said in an August email to publishers that it had “now concluded” deals where it would pay Australians for content on its just-launched “Facebook News” channel.

Hunter added that rejected publishers would continue to benefit from clicks directed from Facebook and recommended they tap a new series of industry grants.

The email has not been made public.

Hunter didn’t comment on the email or the SBS remarks but said in a statement to Reuters that content deals were “just one of the ways that Facebook provides support to publishers, and we’ve been having ongoing discussions with publishers about the types of news content that can best deliver value for publishers and for Facebook”.

The U.S. social media giant has inked deals with a range of Australian big media companies including News Corp (NASDAQ:) to the Australian Broadcasting Corp and has a collective bargaining arrangement with rural publishers. But only a handful of independent and smaller publishers have reached deals.

As previously reported by Reuters, Facebook declined to negotiate a deal with the Conversation, which publishes public affairs commentary by academics, prompting a rebuke from the regulator which drafted the law. The Australian Competition and Consumer Commission declined to comment on Wednesday.

But before there can be any government intervention, the federal treasurer must determine that either Facebook or Google failed to negotiate in good faith, a step known as “designation”. A representative for the treasurer was not immediately available for comment.

The Australian Communications and Media Authority, which will help enforce the law, declined to comment on the grounds that no technology firm had been designated so the law did not technically apply.