Detroit Lions running back Jamaal Williams addresses the prospect of facing his former team with the candor and humor that made him such a popular figure throughout his four seasons with the Green Bay Packers.

Williams rushed for over 2,000 yards and scored 19 touchdowns during his Green Bay tenure . Williams returns to Green Bay on Monday night to face his former team for the first time.

“Shoot, if I could’ve stayed, I could’ve stayed,” Williams said this week. “If I can’t, they didn’t want me like that ex-girlfriend, shoot, I’ve got to go. But good thing is I got a rebound, it was the Lions, they picked me up. Now they’re feeding me good, taking me to dinners, you know what I mean? Another man’s trash is another man’s treasure.”

Williams was one of two running backs the Packers selected in the 2017 draft. Green Bay picked Williams in the fourth round out of BYU and then took UTEP’s Aaron Jones in the fifth round.

Jones and Williams both were set to become free agents after the 2020 season. When the Packers selected running back A.J. Dillon out of Boston College in the second round of the 2020 draft, it became apparent they weren’t going to sign both Williams and Jones to long-term deals.

While Williams rushed for at least 460 yards in each of his four seasons with the Packers, including 505 yards last year, Jones developed into a Pro Bowl performer. The Packers signed Jones to a four-year, $48 million contract, clearing the way for Williams’ departure.

“I’m just having fun, man,” Williams said. “It’s part of life. You’re going to have those type of rejections, you’re going to get turned down, people ain’t going to want you. But when you get your shot and your opportunity again from somebody who will give you your shot, you’ve just got to take that opportunity, be grateful for it and make it count.”

Jones and Williams remain good friends. Jones said he speaks with Williams every week and that they’ve even communicated this week as they prepare for Monday’s game.

“He’s like my brother,” Jones said. “We became brothers over that time. He’s been there for me through a lot and just helped me develop as a player, helped me develop my game and pushed me. That’s something we would do every time we stepped on the field is try to push each other.”

Williams’ other former teammates say they’re looking forward to seeing the guy who would show off his dance moves in practice and showcase his versatility each Sunday for the last four seasons.

“I have a lot of love and affection for Jamaal,” Packers quarterback Aaron Rodgers said. “He’s such a special, special guy. Adds so much to the locker room, so much energy to game day. One of those guys, there’s a gaping hole in certain areas when you lose a guy like that. You can’t just fill it up with one person — his magnanimous personality.”

He’s continued showing that personality in Detroit. When two reporters tried asking him something at the same time during a preseason news conference, Williams even talked them into playing a game of rock-paper-scissors to determine which questioner went first.

Williams also has made an impact on the field.

In his Lions debut, Williams ran for 54 yards and a touchdown on nine carries and caught eight passes for 56 yards in the a 41-33 loss to the San Francisco 49ers. Williams formed a quality tandem with D’Andre Swift, who had 11 carries for 39 yards plus eight receptions for 65 yards and a touchdown.

“He’s exactly what I thought he would be and the vision of what he would be,” Lions Coach Dan Campbell said. “And that, man, there’s true value in that because he was as steady and reliable as a guy you can have. He looked exactly like he did in camp, he ran hard, he was high energy, he played smart, and he helped move the football for us.” 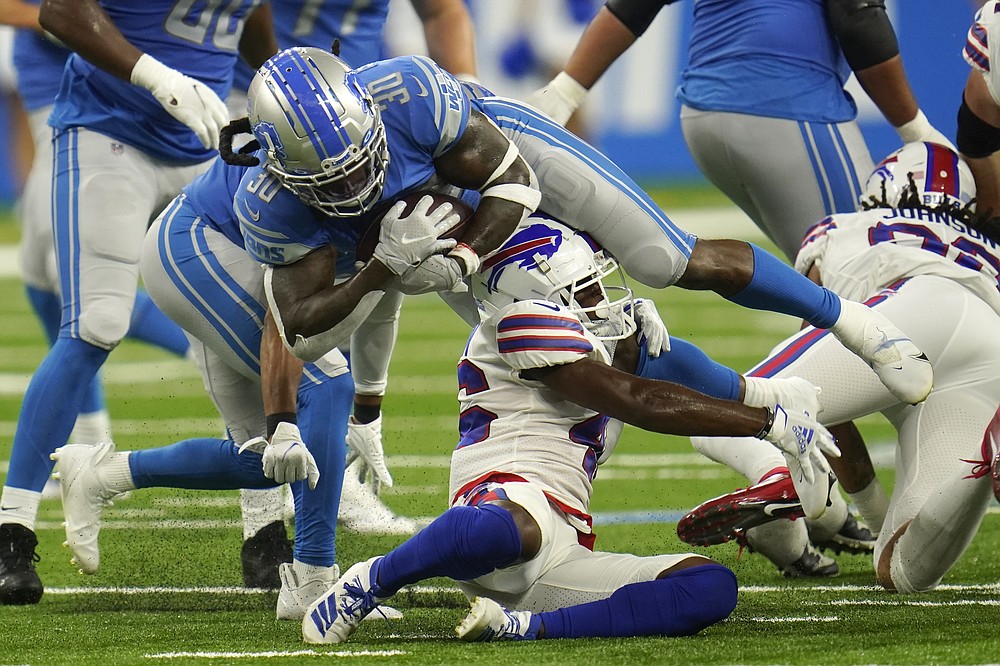 Detroit Lions running back Jamaal Williams (30) is tackled by Buffalo Bills defensive back Jaquan Johnson (46) during the first half of a preseason NFL football game, Friday, Aug. 13, 2021, in Detroit. (AP Photo/Paul Sancya) 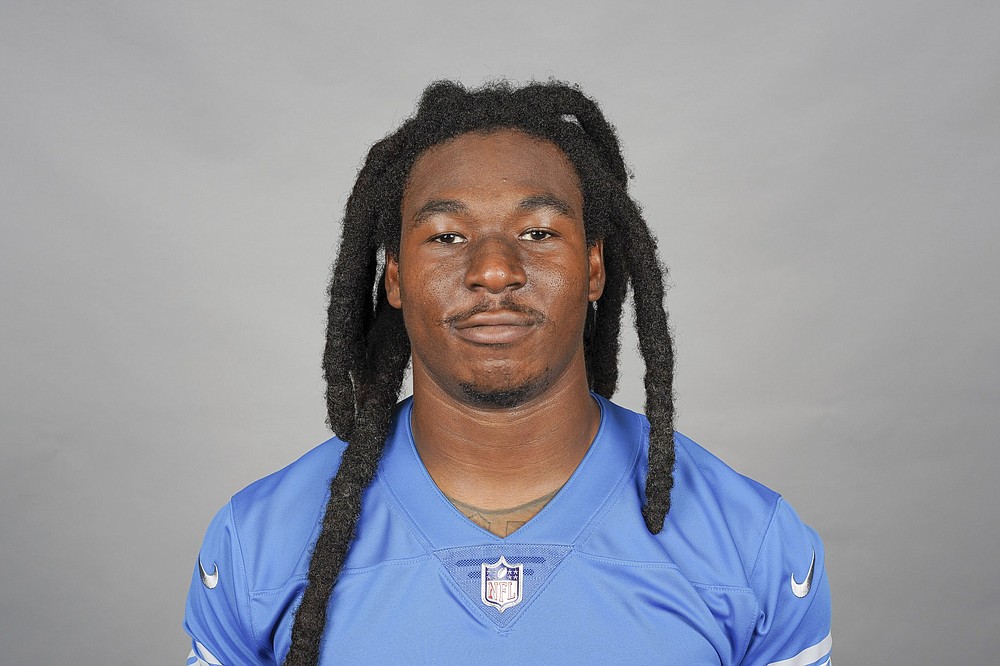