In 1994, Green Day skyrocketed from DIY van tours with itineraries loaded with club dates and house parties to international superstardom on the back of Dookie, the album that permanently nailed punk rock to the mainstream musical floor. As it started breaking in Britain, the band—Billie Joe Armstrong on lead vocals and guitar, Mike Dirnt on harmonies and bass and Tré Cool on drums—stopped in at the BBC’s Maida Vale Studios to lay down four songs for broadcast on Radio 1’s Evening Session program, hosted by Steve Lamacq.

Twenty-seven years later, the band have finally released the four tracks on two limited-edition vinyl seven-inch singles. But first, you need to buy their coffee.

“We’ve always loved coffee, since we were kids, but we weren’t really finding exactly what we liked,” Dirnt told industry publication Roast magazine’s Daily Coffee News website in 2016, a few months after he and Armstrong launched Oakland Coffee. “A little over 10 years ago, we started having our friends at a local roaster source and mix a special blend for us.”

Read more: Revisit ‘Nimrod’: the moment Green Day ripped up their own rulebook

The subscription service has since grown from OCW’s signature Organic High-Altitude Andean blend to a line of six different roasts, all curated by the Green Day members and packaged in Dirnt-designed compostable coffee bags and single serve cups, an industry first. Every certified organic, fairtrade bean is hand-selected and roasted to high standards set by Armstrong and Dirnt.

“Don’t get us wrong, we love coffee that has bold flavors,” they say in a statement on their Oakland Coffee website. “But we like it super smooth, not bitter or acidic. The kind of cup that kicks your ass and soothes your soul.”

And fuels creativity. The owners write on the website of how good brew has driven “late nights writing, rehearsing and performing.” Your intrepid writer is no stranger to beating deadlines via the restorative properties of a great cup of joe. Hence, he subjected himself to OCW’s special Green Day 1994 BBC Sessions New Coffee Subscription & Double Vinyl Bundle. Er, in the interest of science, of course.

Read more: A beginner’s guide to Green Day: from the big hitters to the deep cuts

In the custom box—nuzzled beneath the two records and an envelope containing a postcard signed by Green Day’s members, relating info about their company, plus custom stickers and guitar picks—are three bags of their wares. OKC shipped out two of their Atomic Garden medium dark roast, plus one of Armstrong’s own Father Of All…Dark Roasts, featuring that damned unicorn from the cover of their last album.

Over two consecutive mornings, these coffees were brewed in a French press and sampled, beginning with Atomic Gardens. I must say—it is a fine cup of coffee! It’s as strong and smooth as advertised, hardly even needing milk nor sweetener. And the caffeine kick? Hard! It doesn’t cause jitters, but it may require something to take the edge off your racing nerves, even if the palate doesn’t need buffering. A 2,000-word article was completed in one four-hour sitting on two cups of Atomic Gardens. And sleep was not forthcoming at 2 a.m. Two drops of a certain tincture were required to finally get rest.

But that dark roast. Wow! In a world that’s accepted burnt coffee beans as “dark roast,” Father… is a revelation. The best pitmasters will tell you the secret to great barbecue is smoking the meat “low and slow”—keeping your cuts cooking several hours over barely burning embers, until your ribs or brisket are falling-off-the-bone tender. Apparently, OCW’s roastmasters have discovered this is also the key to a perfectly dusky cup of java.

“We roast long and slow, instead of at full heat,” the OCW website explains, “to get that rich flavor without burning the beans.”

Indeed, it’s the smoothest cup of dark roast you’ll ever sip. It’s stout and smoky, with not a hint of sharpness. Even coffee pros who avoid dark roasts like they’re a second Donald Trump presidential term could lovingly nurse a cup of Father Of All…Dark Roasts like it was liquid ambrosia.

The cream in this cup? Oakland Coffee’s ethical practices are undeniably cool, very punk. Dirnt’s innovative notion to create compostable bags and single-use cups sprang from a stray plastic bag that irritated him while surfing. The farmers they partner with practice organic, sustainable farming methods to maximize their crops’ quality without destroying the land. “These techniques support native wildlife, keep harmful pesticides out of waterways and maintain soil health,” the website explains. Also, their selected beans “meet rigorous, fair price standards designed to support farmers and their communities. We pay honest prices for our beans, regardless of market trends.” Additionally, OCW fosters a deep sense of community—the website announces they’re donating all profits for the next three months to local food banks.

Read more: Meet Cherie Amour: here’s how they invented their own form of “nü punk”

So, Green Day’s coffee is a lot more than coffee. You can improve coffee’s economics and ecosystem, even alleviate hunger while turbo-boosting your nervous system. But what about the music?!

“Over the years, we’ve always looked forward to doing the BBC Sessions,” Dirnt told the NME. “All of our favorite artists have done them. We knew these recordings would come out one day and be something special.”

Green Day’s first BBC bout yielded explosive takes of three Dookie standards—“She,” “Basket Case” and “When I Come Around”—plus “2000 Light Years Away,” the song Armstrong wrote for future wife Adrienne Nesser, from 1991 album Kerplunk! These takes are shot so full of adrenaline, you’d swear the lads had a pot of Father Of All…Dark Roasts each before rolling tape. Armstrong unleashes a telling rebel yell before uncorking the lead guitar on “She”—the excitement is so palpable. The aggression factor is upped a thousand-fold, the guitar work thick with mid-range. Producer Miti Adhikari captured a magic on these tracks you will not find in the originals.

Read more: How Surfbort are championing love and acceptance on ‘Keep On Truckin”

“Oftentimes, I think the BBC Session recordings are better than the originals,” Armstrong acknowledged in the same NME piece.

BBC Sessions Part 1, showcasing “She” and what may be the definitive take of “2000 Light Years Away,” was released earlier in the summer. It was pressed on white vinyl. Part 2 came early in this month, highlighting “Basket Case” and the reggae metal “When I Come Around.” It arrives in a purple pressing, the color reportedly chosen by Cool. Green Day’s longtime friend, renowned artist Brian M. Viveros, produced two different pen-and-ink depictions of the band for the album-grade cardboard sleeves.

Both limited-edition records are available strictly to Oakland Coffee subscribers. But now, we can all enjoy what only BBC listeners dialing in to The Evening Session Aug. 6, 1994 could. And sip on great coffee while listening. 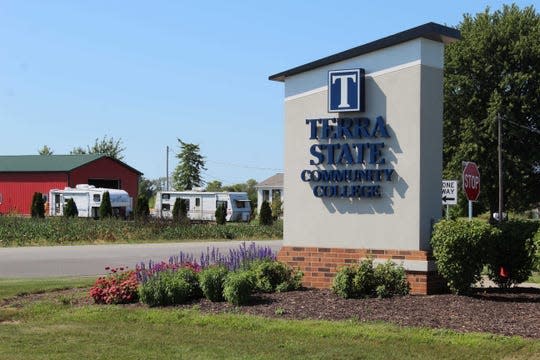