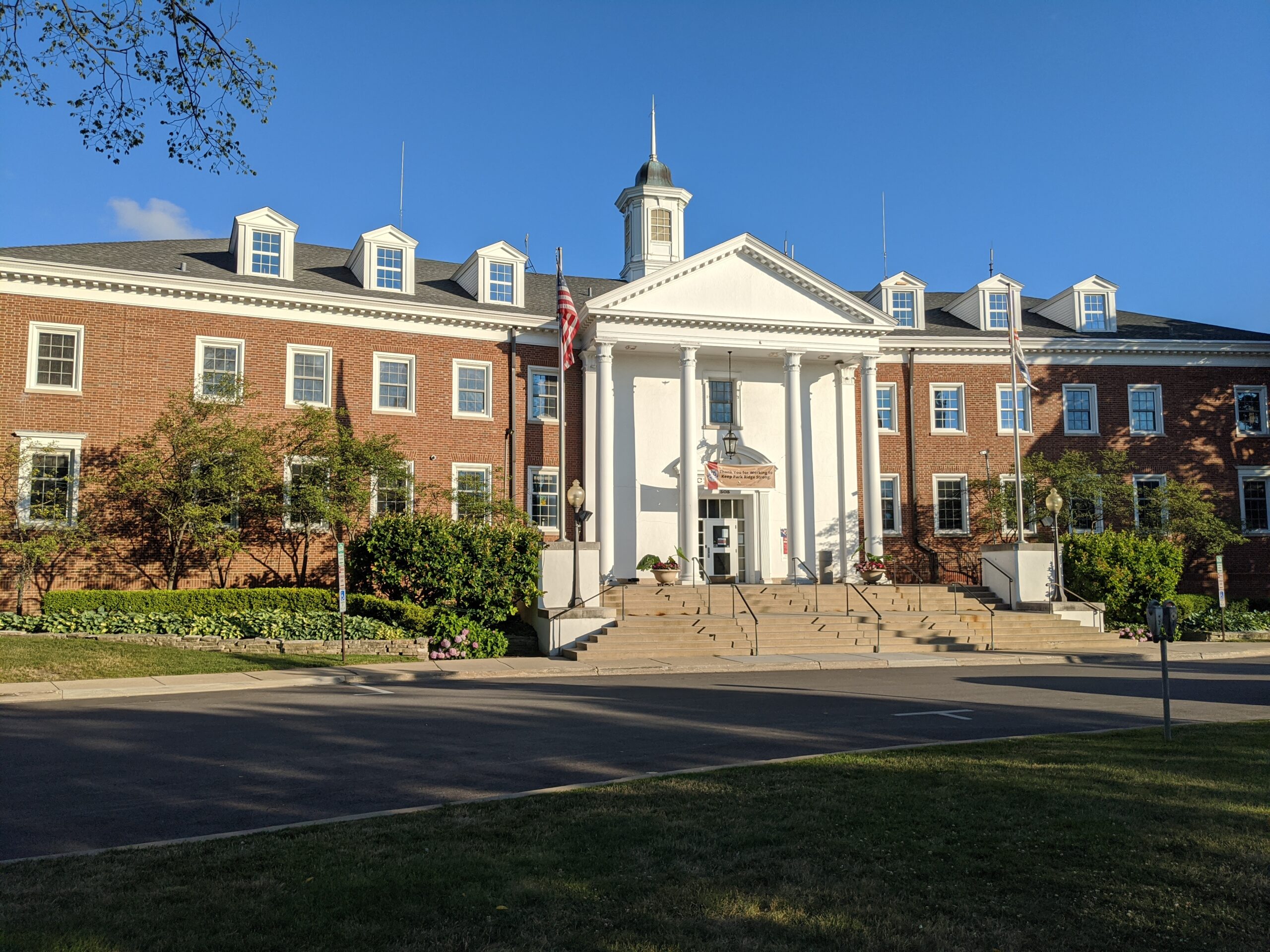 Since 2018, Park Ridge has been aiming to find ways the city could become more environmentally responsible.

Some things were already happening, like the Bike Task Force which urged bike racks in shopping districts, reestablishing bike lanes and developing better biking routes. Go Green, organized by local volunteers, aimed to eliminate dangerous pesticides and encourage safer fertilizers. The city was considering “green” alleys and a green parking lot next to the library which could include underground storage vaults to offset flooding of local sewers. Maloney organized a Sustainability Task Force of volunteers — many who worked in related fields and could bring in professional level information.

The city has a policy to limit task forces to two years, and generally aims for about 10 members, although former Community Preservation and Development Director Jim Brown had started insisting on permanent committees be limited to nine members, rotating in groups of three for three year terms.

The Sustainability Task Force, with the mayor as its liaison, had 20 members. Its tasks might be defined, but its work was not done at the end of 2020, and the City Council agreed in February to make it a permanent city committee. Ald. Marty Joyce (7th) expressed great interest at the time in serving as an aldermanic liaison.

Between February and June, the city lost personnel, passed a new “stub” budget for the rest of calendar 2021 to reconfigure spending during the COVID coronavirus restrictions, acquired three new aldermen, and changed its approach to committees and aldermanic liaisons. Candidates for sustainability appointments were interviewed in June by the mayor’s advisory board, but recommendations were not forwarded to the full council until Sept. 7.

There was interest among task force members in returning, and two are on the list submitted to the mayor: Andrea Cline and Mike Wapner were both suggested for three year terms. Brad Olsen was  suggested for the third three-year seat.

On the interview list but not advanced were Chris Parson and Tim Milburn, who co-chaired the original task force (with Melissa Hulting, now on the Park Ridge Park District Board).

Parson, a retired retailer in Park Ridge, earned his master’s degree in environmental studies at Northeastern Illinois University. He is a former director of education for Friends of the Chicago River; a former Park Ridge Library board member, a volunteer steward for the Cook County Forest Preserves and a member of the Go Green Park Ridge Sustainable Yards Committee.

Milburn, an engineer who has specialized in energy and sustainability for three decades, has among his professional credentials membership in the Illinois Solar Energy Association. He worked with a steering team for the U.S. Department of Energy Chicago Clean Cities Coalition, and helped Park Ridge’s Cool Cities Team (2011-13) to get better aggregate electricity service rates.

He has been a member of Go Green Park Ridge and the Community Health Commission, among other local projects.

He served as Park Ridge’s liaison several years ago to the Metropolitan Mayor’s Caucus which led to the city’s commitment to MMC Greenest Region Compact and the inspiration for the Sustainability Task Force.

Without Milburn’s efforts, it is unlikely the Sustainability Commission would exist.

Support local news by subscribing to the Journal & Topics in print or online.