After a hot start for England’s second innings, they fell short of making a significant comeback.

Sporting News covered all the action from day four at The Gabba. 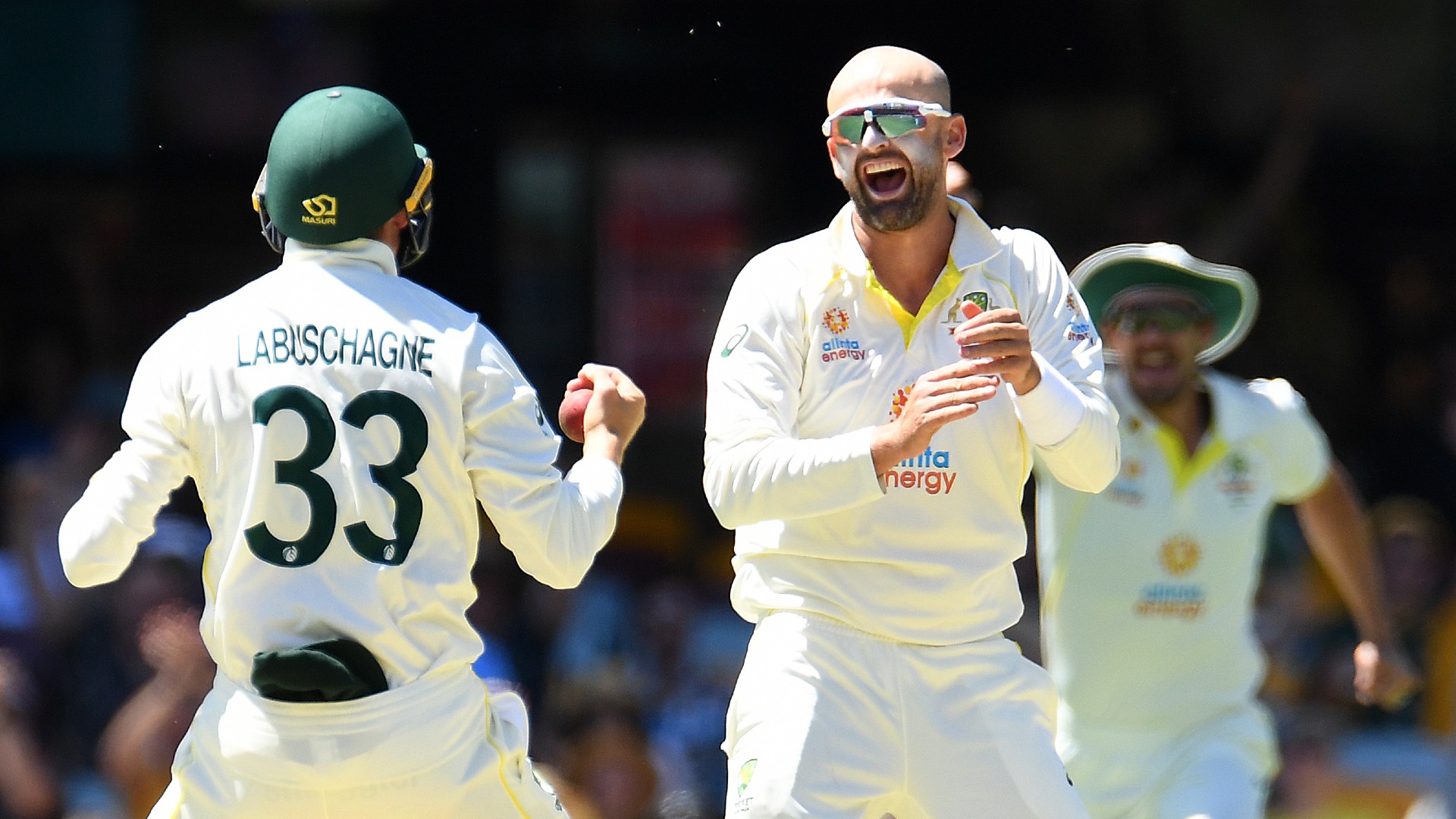 4th over  Harris finally in on the action, a nice one into space gives Australia three more. The end was in sight and Carey could smell it – unfortunately so could the Brits, and Carey is caught out. Marnus comes in but it’s all cosmetic, as Harris drives in the winning four. That’s all, folks!

WICKET!  Carey gets cocky and England get their first wicket of the second innings.

3rd over  A riiiiisky run kicked off this over. Carey dives to safety, not ultimately needing to but surviving nonetheless. Later he sends one that comes inches from the boundary before a nice bit of fielding saves it. Again, the Aussies come close to a run out, the energy perhaps getting the best of them here. They sneak two more – this could be over quite shortly.

2nd over  Carey taking the entirety of this new ball so far, with Harris yet to face a ball. He’s standing up to it well for now, not playing too excitedly. He then avoided what looked like a very possible LBW call. Good solid start.

1st over  It was somewhat of a shock to see Carey opening alongside Harris. Warner is out with the rib injury, so Carey is going for glory. 20 runs left boys, let’s pack it up nice and early. A no ball first ball is a great start.

Me this morning: This could be game on

102nd over  Lots of energy from the Barmy Army, lead by Queen Lizzy, an interesting strategy considering their position but you have to respect it. Cam Green puts the poms to bed and it’s time for a quick feed and then a 19 run pursuit.

WICKET!  Cam Green takes his third, and that’s all she wrote for England.

101st over  Lyon with another dominant display. Jack Leach comes in with a herculean task ahead of him. He’s hit in the 90’s before, but it doesn’t feel likely today.

WICKET!  Lyon looks unstoppable. After sitting on 399 since January, he’s taken four within three hours. Wood gets bowled, and Australia looks for the coup de grace.

100th over  Wood blasts one for four, which looked like it could’ve been a six. Credit to England for still looking for the miracle, but it doesn’t look like there’s a solution. There is talk of England being penalised for falling short of the required over rate.

99th over  He looks hungry for another one does Lyon, but a few fielding errors see England steal some extra runs.

98th over As everyone predicted, the success of the England team is coming down to the durability of Chris Woakes. England get a few singles, but Starc has them under control.

97th over  It’s a formality at this point, England up 8 with 2 wickets in hand. Will need something truly magical to eke out any success here.

WICKET!  Lyon gets his third wicket of the day after Robinson tries a reverse sweep shot, no doubt already imaging it on his highlight reel. To quote the commentary, “They keep finding new ways to get themselves out.”

96th over  Starc back in as well, looking for the close. Woakes and Robinson not particularly energetic out there – they’re weathering the overs but not exactly looking phenomenal. Lyon takes a quick break from fielding to sign some autographs, and he deserves it. Look for that kids shirt to be up on eBay within the hour. And speaking of signings, a reminder to always read the fine print:

If this is legit, it’s a good life lesson:

Always read the fine print before you sign anything. 😂 #Ashes

95th over  He’s baaaaaack. Lyon returns to bowl, speed-dealers and all. Robinson puts one high but not too far. Lots of sizzle but not much actual steak in this over. All the Australians seem to be on edge, knowing how close they are.

94th over England level the scores at 7/278. Cummins bowling well, but everyone can sense that it’s nearly over and the crowd is buzzing.

93rd over  England sneak out a run off a Cummins fumble in the field, but Hazelwood for the most part has been ironclad.

92nd over  Cummins pressuring Robinson, puts on right on line then sends the next over his head. Nice maiden for the captain.

91st over  Robinson comes in to replace a caught out Buttler. England trail by 10, mood is a complete 180 from where it was this morning. Woakes finds the boundary on a back-foot cover drive. Under the radar: a stellar debut for Alex Carey.

One more catch/stumping and Alex Carey will equal the record for most dismissals on Test debut. #Ashes

90th over  Cummins comes within inches of his seventh – loud shouts from the Aussies but no review. Woakes goes searching for a high ball with no luck, but drills one through the next time and they run for two.

88th over  Cummins puts himself back in, trying not to let the days early momentum fade. Quite clearly it works, as he takes his 7th wicket of this Test. Some technical difficulties look to be solved.

WICKET! Pat Cummins put himself in to shift the energy and it’s worked, Stokes caught by Green and walks off with 14 runs. England have the death wobbles now.

87th over  It appears everything is business as usual *touch wood*. Hazelwood bowling now, Buttler takes a four and then a single. 20 runs on 6 overs from the new ball. Each glitch on the screen sends a sense of impending doom.

Drinks break  A full technical breakdown has taken over the Gabba, with most camera feeds down, as well as DRS. Drinks are taken with England 5/260, Stokes and Butler with 14 and 17 respectively.

84th over Here we have a glimpse of the rarely seen Hazelwood, replacing Lyon. Now the actual vision has dropped out. England fans have come back down to earth.

83rd over  Mitchell is back bowling, a stark contrast to the others (not really but I had to go for it). The Aussies also take the new ball, but are hoping for more of the same of this morning’s form. Commentators say ‘technical issues’ which means you have to drink. Stokes not going away quietly, ending the over with a four.

82nd over  More coverage of the storm troopers. Fitting really, because England feel like they need a new hope. Stokes blasts a four as I type that, which feels like poetic irony. Lyon still looking limber.

81st over  Australia opts against the new ball, choosing to ride with their youngster, and Green replies with more of the same: good, consistent bowling. England sneak one away.

80th over  Karma catches up to Lyon, as Buttler sweeps him away for four, and then slots another one through the fielders. The empire also invades the Gabba . Just your typical Saturday.

79th over  Cam is looking anything but Green, putting increased pressure on Stokes. An errant ball goes through Harris’ legs and the entire country groans.

78th over  Lyon gets his second, nearly gets his third, and you can feel the wheels coming off for the English squad.

WICKET!  We waited four days for Lyon’s 400, but we only had to wait 5 minutes for 401. The GOAT gets Ollie Pope up in the air, and Steve Smith makes the catch. It seems that Australia has finally broken through.

77th over  Green starts to feel himself but Pope puts a stop to it, sending the final Ball of the over for four.

WICKET! Cameron Green gets in on the action, taking Root with an outside ball and now the dominos will hopefully start to fall. Five minutes after Lyon gets number 400, Green takes number 2.

76th over  Lyon vs Stokes is always fun, and Stokes goes for broke with a BIG swing, but no result either way. Channel 7 say that Lyon has taken Stokes five times in Test cricket. Sure looks primed to make it six.

75th over  No time to celebrate because now Root is joined by Ben Stokes, England’s dynamic duo looking to bring the energy. Cam Green bowls well, but the newcomer takes a boundary on the last ball of the over.

WICKET!  That’s 400 for Lyon! Malan misreads it and just like that, Australia has a third bowler with 400 wickets. Hopefully Australia can ride this momentum and reel England back in.

73rd over  As they say, slow and steady wins the race, with Root and Malan seemingly taking this to heart. A steady approach, if not the most exhilarating pace, and England trail by 55.

71st over  Captain Cummins gets us started. Some debate over whether we will see Hazelwood bowl today, but the footage of him warming up did not seem promising…

10:27am Another beautiful day in Brisbane for day 4 of the Ashes, with the players entering the pitch ready for a crucial day’s play

Who is in Australia and England’s Ashes XI?

How to watch the Ashes in Australia?

Kayo Sports, Foxtel, and Channel 7 will all be broadcasting the five Tests between Australia and England, with an exciting summer of cricket expected.

Fans can sign up for Kayo, purchase the sports pack on Foxtel, or watch Channel 7’s free-to-air broadcast.

Kayo will be simulcasting Fox Cricket’s broadcast of the action, and Channel 7 will have their own coverage.

ABC Radio will also be covering the commentary for listeners of the game.

What’s the five-day weather forecast for the Gabba?

The Bureau of Meteorology ‘s 7-day forecast has outlined the following chance of rain for each day of the first Test.