I know, I know. Some of you may still be mourning the final days of summer, unwilling to trade beach days and BBQs for chunky sweaters and pumpkin spice everything. But time marches on, and the holidays creep ever closer.

Amazon’s Prime Day mercifully returned to its rightful position as a mid-year savings extravaganza in 2021, leaving the fall to Black Friday, Cyber Monday, and all the deals that will inevitably go live before your kids have even finalized their Halloween costumes.

This story will serve as our Black Friday hub, and will be updated as deals are announced, so check back for more. But here’s what you need to know now.

Officially, we’ll stuff our carts and max out our credit cards on Friday, Nov. 26, 2021. But in recent years, Black Friday has become Black November (and in some cases, Black October), as retailers offer mini-sales in the lead-up to Black Friday.

For years, some stores have opened their doors on Thanksgiving Day, too. But the pandemic prompted a number of big-name retailers to cancel that practice last year, and we imagine they’ll do the same in 2021.

Where Are the Best Tech Deals on Black Friday?

When you think of Black Friday, you probably think of people trampling their neighbors to get a big-screen TV, game console, or laptop. But when high-speed internet and two-day delivery exists, why live that life?

Even though certain popular items may be in short supply this holiday season, you have options, and there’s sure to be a laptop, tablet, smart speaker, or TV that fits your needs. Below are some deals you can already snag. Amazon, for example, started offering “Black Friday-worthy deals” on Oct. 4. The idea is that you can get a head start on your holiday shopping and relax a little once December hits (or, you know, just buy more stuff).

Why Is it Called Black Friday? 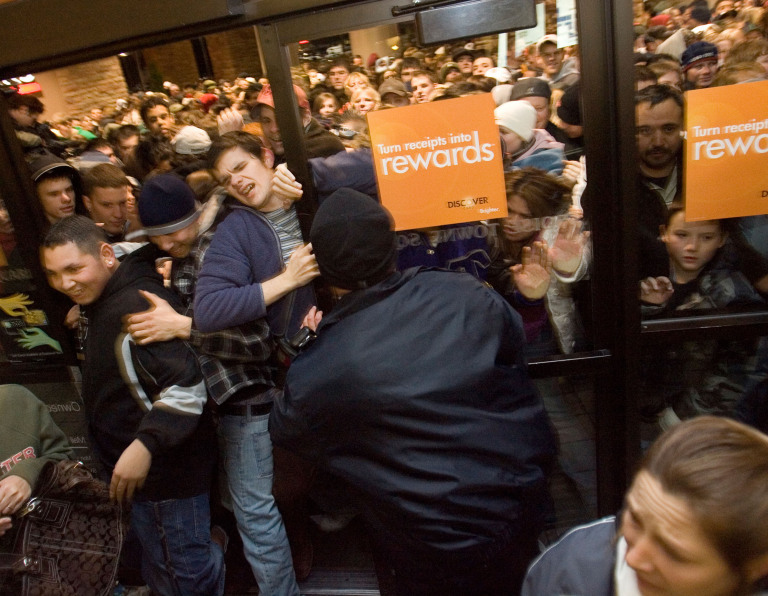 Idaho residents having a normal one on Black Friday 2007.

To most, the term itself signifies the day that retailers turn a profit and go from being “in the red” to “in the black.” But if you ask the internet, there are various explanations for how the day after Thanksgiving became known as Black Friday.

One such story—that it was a day for slave owners to sell their slaves—is untrue. In fact, as History.com outlines, its origins date back to the 1950s. So many people called in sick the day after Thanksgiving that managers referred to the day as Black Friday. It was later associated with Philadelphia cops, who faced headaches due to an influx of suburbanites headed into the city to shop and take in the Army-Navy football game that weekend.

The more modern incarnation—a day where retailers actively encourage shoppers to storm the mall, big box stores, and their favorite internet stores—cropped up in the 1980s when the industry wanted to give the day a more positive spin.

How Do I Shop on Black Friday? 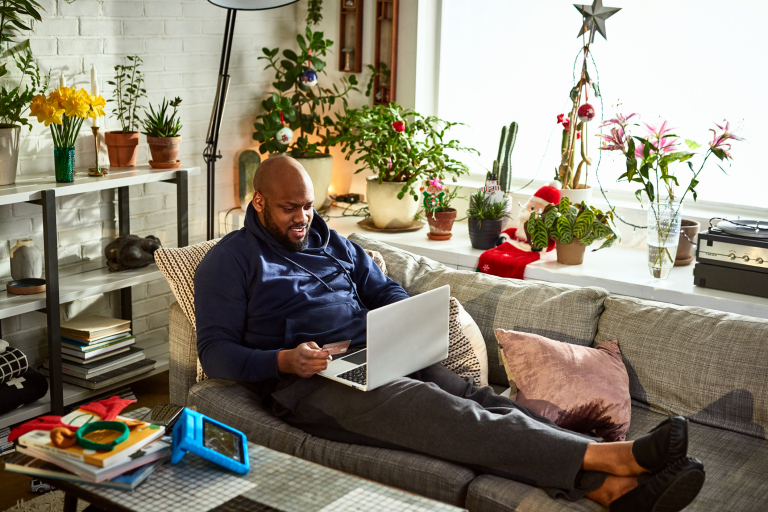 While Black Friday sales originated in the world of brick and mortar, most holiday shopping is now accomplished online. Instead of lining up at Toys ‘R’ Us (RIP) or Best Buy in the shivering cold, many of us now kick back on the couch and hunt for deals from our phones or laptops. It’s convenient, and in 2020, it was also safer, as Black Friday 2020 arrived before the COVID-19 vaccine, making it dicey to mingle with a crush of shoppers elbowing each other for 75-inch TVs.

According to the National Retail Federation, the number of online Black Friday shoppers passed the 100 million mark for the first time in 2020, up 8% over 2019. Online-only shoppers also increased by 44% for the entire weekend to 95.7 million. 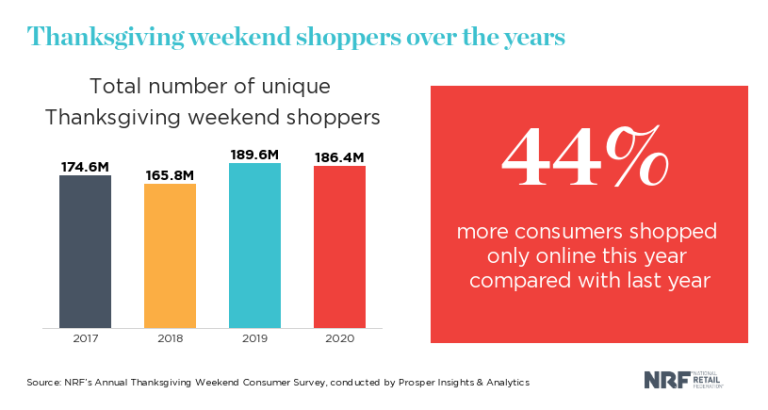 The total number of shoppers from Thanksgiving through Cyber Monday 2020 dipped from 189.6 million in 2019 to 186.4 million last year, but the NRF says 2019 was an “unusually robust” shopping season. And 2020 numbers were still “significantly higher” than the 165.8 million shoppers in 2018. This year, it’s a little safer to head to the store, but you can cover more ground digitally, and that’s exactly what we recommend.

Should I Wait to Shop Until Black Friday? 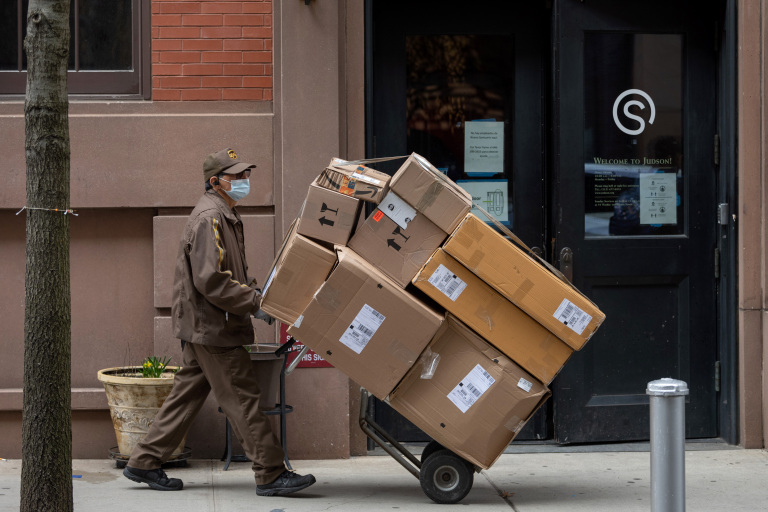 As mentioned, there are sure to be deals in the lead-up to Black Friday, so if you have your eye on something, and the price drops in the coming weeks, buy it. Things sell out and with so many people shopping online, it may be a good move to order soon, lest that special present get delayed in transit. Your FedEx, UPS, Amazon, and USPS drivers are going to be slammed in the next few months, so don’t wait until the last minute if you know what you want.

What If I Want a PS5 or a Graphics Card?

That may be tricky. Even though next-gen video game consoles were released almost a year ago, they’re still hard to come by, in part because of supply constraints due to the pandemic, as well as shipping costs from overseas (PCMag’s Michael Kan has a full rundown of the situation here). The chip shortage is expected to continue into 2022, so you may not be able to snag a PS5, Xbox Series X, or top-of-the-line GPU this holiday season, unless you commandeer a bot or get lucky, but there are still plenty of gadgets on offer.

How to Stay Safe on Black Friday 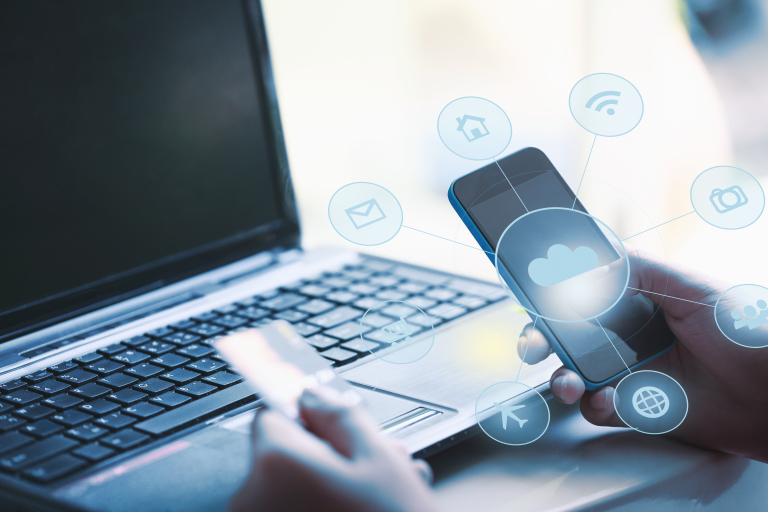 Now is a good time to do some research on what your must-have items actually cost right now. Then, when Black Friday rolls around, you’ll know if you’re actually getting a deal, or if a store temporarily inflated an item’s price to make it look like a deal when the cost came down on Black Friday. (Here are a couple apps to help you compare prices.)

Speaking of dirty tricks, scammers will be out in full force this holiday season. Don’t let your guard down in the name of a good deal. Here are some resources to keep yourself safe:

How to Get Ready for Black Friday

First thing’s first, you should have accounts and saved payment info with all your favorite sites. Some “doorbuster” deals have very limited stock, so anything that can save you time during checkout is a priority. And if you already have an account, go through and ensure that your payment information is up to date.

Do you have an Alexa-enabled device like an Amazon Echo? Take a moment to configure it to allow for voice purchases. In the past, Amazon has had a number of exclusive deals through its Alexa service, so it’s worth keeping that option open if something you really want pops up.

If your favorite online retailers have loyalty programs or paid memberships, those can offer you access to some of the best deals when Black Friday rolls around.