News has been a mainstay of television ever since 1940, when NBC began simulcasting Lowell Thomas’ NBC radio news broadcasts. Since then, it has become seemingly unstoppable, with cable news networks topping the most watched cable networks list.

The tech habits of digital natives are threatening to upend this. That’s according to data from GetWizer Consumer Insights, which fielded an exclusive study for VIP+ that forms the basis of the special report “The Demographic Divide,” a media and technology consumer pulse check.

The first threat to TV news is obvious: Cord-cutting keeps increasing, and VMVPDs haven’t staunched the flow to the degree hoped, thus shrinking the available audience for TV news. Yes, over-the-air antenna penetration in the U.S. is growing, but expecting the digital generation to drop its on-demand habits to tune in nightly for news broadcasts is a pie-in-the-sky dream. 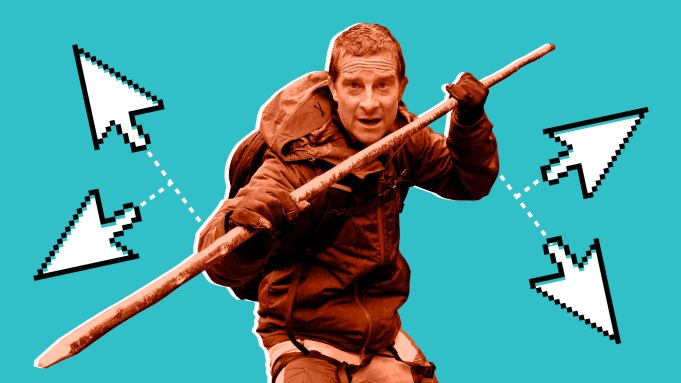 This is compounded by digital natives, those between 15 and 29, having the greatest apathy of any generation for national or local news — or even caring about access to it.

This suggests a slow-burning reduction in TV news consumption. Older generations are more likely to value and watch news, but they are more likely to pull out of viewing as time goes on. The TV business has been built on a conveyor belt model, where younger viewers come in as older ones cycle out. This is no longer the case.

The 15-29s are more than 3x less likely than people 60+ to say news is the most important part of TV, with the 30-44s more than twice less likely to do so. For those keeping score at home, that’s the holy trinity of TV news offerings — local, national and cable — in which younger viewers are markedly less interested.

The starkest illustration of the lack of relevancy for TV news is the proportion of younger viewers accessing news from social media sources versus TV sources. It is only once you get to those 45 and older when a TV source is more frequently used than social media.

The relatively low scores for streaming news from the generation that grew up streaming is also of note. Many local, national and digital news sources are now either freely available across FAST services or ill-advisedly locked away behind paywalls as companies build products to attract cable subscribers instead of cutters.

Although streaming news has higher usage than TV among digital natives, it pales against the use of social media. It could be an issue of awareness, that consumers don’t know news is available, or it could be that people don’t want to keep adding additional content sources to their media mix.

The role social media is now playing in news consumption is apparent considering the fact that close to one quarter of 15-29s solely rely upon it for news. Given misinformation campaigns of recent years, this is a somewhat frightening statistic, the proverbial echo chamber on steroids. But it also points to where people are going for their news and how TV news needs to amend its distribution.

This stat may also catch attention at the FCC and on Capitol Hill, where intent has been growing to regulate social media networks like TV networks. Despite the protestations from the likes of Facebook and Twitter that they are not media, if close to a quarter of younger Americans are using them as their sole source of news, they are media (and also have media literally in their industry name).

In order to stay relevant, TV news must change with the times. The solution is to knock down the walls and distribute everywhere free and ad-supported: FAST services (and not exclusively on one platform), live streaming and feeds on social media. The new consumers expect content to follow them, not the other way around.

Now is the time to ingrain behaviorally on emerging consumers, not when the bottom drops out of the market in 10-15 years. If TV news fails to act now, it runs a real risk of fading to irrelevance among a large proportion of potential viewers.