Ending the week on a sour note, shares of Bloom Energy (NYSE:BE), FuelCell Energy (NASDAQ:FCEL), and Plug Power (NASDAQ:PLUG) all tumbled lower on Friday. Today, however, the stocks are on the rebound. As of 11:48 a.m. EDT, shares of Bloom Energy are up 5.3%, while FuelCell Energy’s stock and Plug Power’s stock are up 10.2% and 6.1%, respectively.

While some positive news from Wall Street is a catalyst for the rise in Plug Power’s stock today, other investors are choosing to power up their portfolios with Bloom Energy and FuelCell Energy after learning of some encouraging news out of the Golden State. 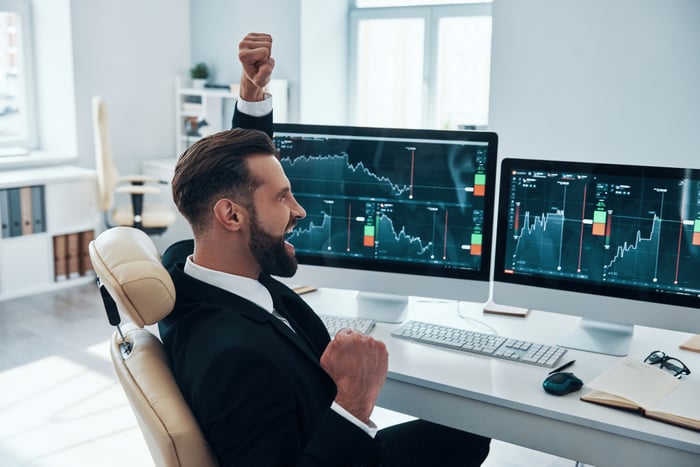 Initiating coverage on Plug Power over the summer, Citigroup analyst P.J. Juvekar rated the stock a buy and assigned a $35 price target. Evidently, little has changed for Juvekar after some face time with the company’s CFO, Paul Middleton. According to Thefly.com, Juvekar reiterated the buy rating and $35 price target after a recent visit to the company’s headquarters. In a note to investors, Juvekar commented that Plug Power is “leading the way” in the hydrogen economy which is “at the cusp of a breakout.” With the stock closing at $26.97 on Friday, the $35 price target represented upside of 30%.

For all three stocks, however, it’s legislation out of California that is motivating investors to click the buy button. Last week, Gov. Gavin Newsom signed Senate Bill 155, which includes a two-year extension of the Fuel Cell Net Energy Metering program. Celebrating the signing of the fuel cell-friendly legislation, Jason Few, FuelCell Energy’s president, stated in a press release today, “Fuel Cell NEM allows businesses to invest their own private capital in clean, firm technology that reduces their energy consumption and lowers their environmental footprint by reducing Scope 1, 2, and 3 emissions, while the State benefits from maintaining and creating new jobs, reducing greenhouse gas emissions, criteria air pollutants and water use without any direct incentives.”

Undoubtedly, investors in Bloom Energy, headquartered in California, are celebrating the California legislation. In Bloom Energy’s recent 10-Q, the company specifically states in the section related to its risk factors that “If there is not an economical tariff for fuel cells in California it may limit or end our ability to sell and install our Energy Servers in California.”

Potential Plug Power investors who are taking note of the positive coverage of the stock from Wall Street should exercise caution about blindly following analysts’ opinions. Oftentimes, analysts have shorter-term horizons than the long-term holding periods we favor.

In regard to the legislation that Gov. Newsom recently signed, investors should know that there will not likely be an immediate change to the financials of Bloom Energy, FuelCell Energy, or Plug Power. The growth companies have a long way to go in generating profits — the extension of a tariff in California, though a positive sign, will hardly move the needle significantly.