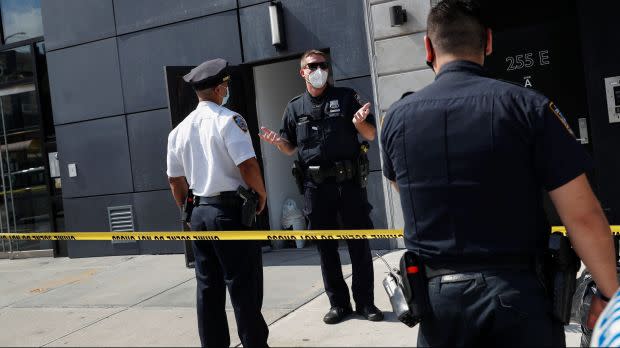 Three days after New York police discovered his body, a suspect has been arrested and is due to be charged for the murder Fahim Saleh, the Bangladeshi-American CEO of Gokada, a Nigerian bike-hailing startup.

Saleh’s dismembered body, parts of which were in plastic bags, had been found in his Manhattan’s Lower East Side apartment on Tuesday (July 14), with an electric saw also on the scene. Law enforcement officials reportedly believe Haspil murdered Saleh who had found out about his theft of “tens of thousands of dollars.” The gruesome murder happened even though Saleh did not report the theft and had agreed to a repayment plan for Haspil to refund the stolen cash, The Times reports. Saleh was 33.

Over the past two years, Saleh had become a prominent face in Nigeria’s startup and tech ecosystem after founding bike-hailing startup, Gokada which allowed users request motorcyles as a flexible, on-demand transport service in Lagos, Africa’s largest city. The company raised $5.6 million dollars from investors and had signed up over 1,000 motorcycle rider-partners. But despite early success, Gokada ran into regulatory potholes as the Lagos government banned motorcyle-hailing companies in January, after initially proposing expensive annual licensing fees.

Three years before moving to Nigeria and founding Gokada in 2018, Saleh co-founded Pathao, Bangladesh’s pioneer ride-hailing service which has since expanded to Nepal. He also previously founded PrankDial, a website that allows users prank call friends and family with different pre-recorded scenarios.

Sign up to the Quartz Africa Weekly Brief here for news and analysis on African business, tech and innovation in your inbox