A tech CEO was found decapitated and dismembered in his Manhattan condo. Now his personal assistant has been arrested in connection with his killing, report says. 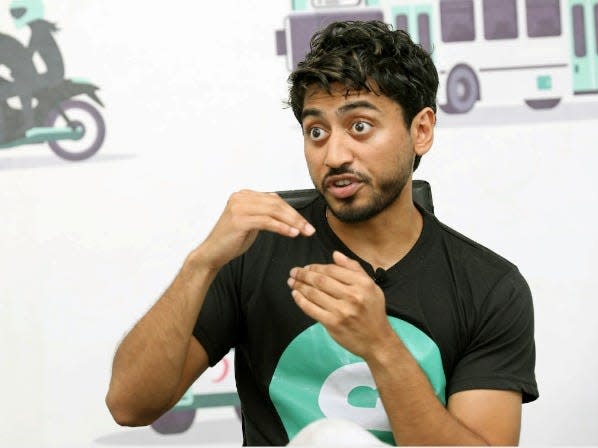 Early on Friday, Tyrese Devon Haspil, 21, was arrested as a suspect in the killing of 33-year-old tech entrepreneur Fahim Saleh, The New York Times reported.

Saleh’s body had been found Tuesday in his $2.5 million Manhattan condo in what police described as a horrific scene.

His head and limbs had been removed, a New York Police Department spokesperson told Business Insider, and an electric saw, still plugged into the wall, was found near the body.

In security footage, the police said, a masked man wearing a suit was seen entering the elevator with Saleh in his building the day before his body was discovered.

“It shows the victim getting into the elevator Monday, followed quickly by a second man, dressed in a suit, wearing gloves, a hat and a mask over his face,” the New York Daily News reported.

The motive, according to the Times report, was financial. Saleh had discovered that Haspil had “stolen tens of thousands of dollars from him,” though the two were thought to have worked out a repayment plan.

Detectives speaking to The Times detailed how they think the killing took place:

Representatives for the NYPD declined to comment on the Times report.

Got a tip? Contact Business Insider senior correspondent Ben Gilbert via email ([email protected]), or Twitter DM (@realbengilbert). We can keep sources anonymous. Use a non-work device to reach out. PR pitches by email only, please.