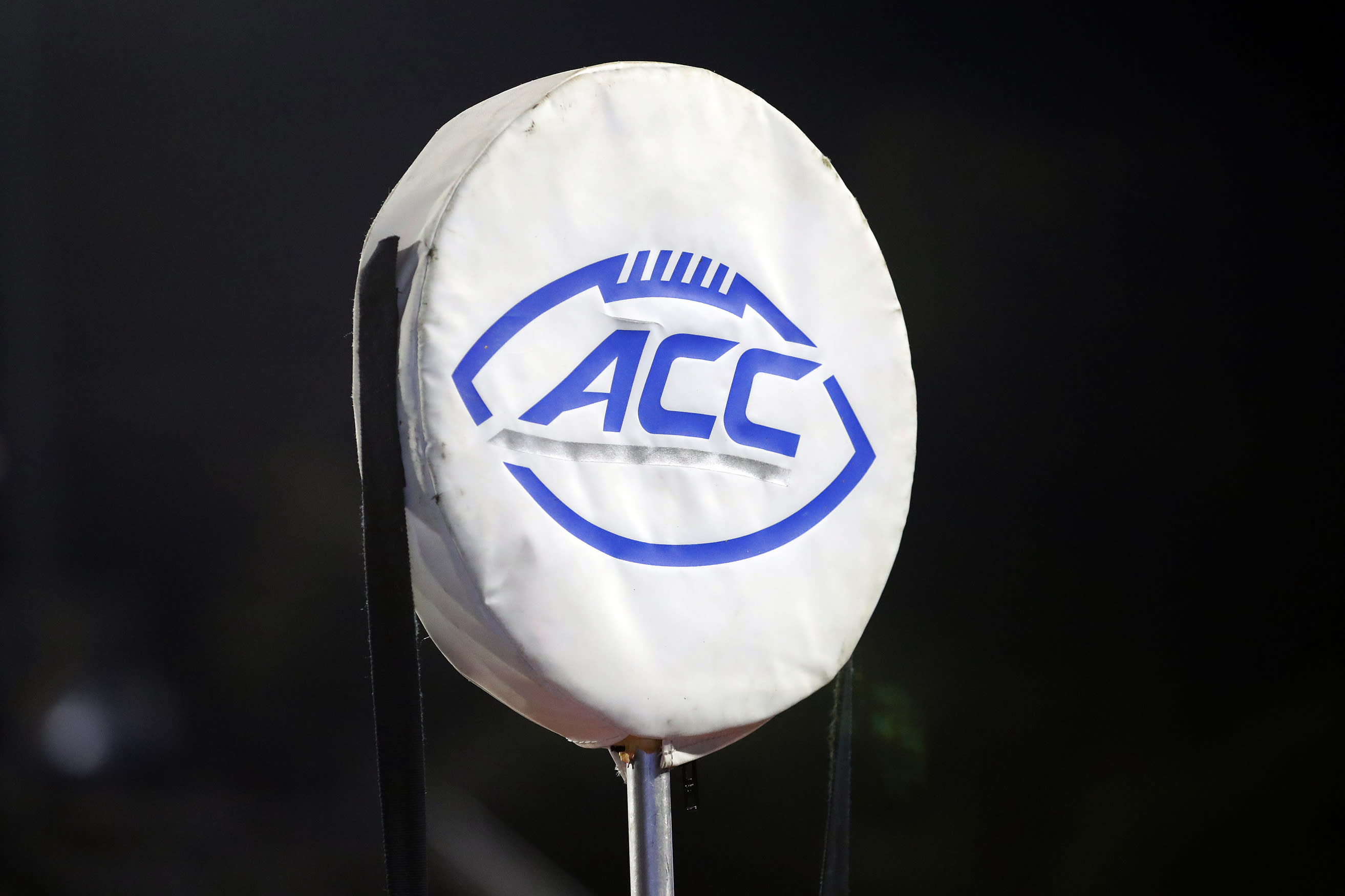 The ACC is moving forward with an 11-game football schedule, beginning the week of Sept. 7-12.

The conference’s scheduling model, approved Wednesday by its Board of Governors as long as “public health guidance allows,” includes 10 conference games with one non-conference game. The non-conference game will be selected by each individual school and “must be played in the home state” of the ACC member. Additionally, the chosen non-conference opponent “must meet the medical protocol requirements as agreed upon by the ACC.”

The ACC football season will be played over “at least 13 weeks,” with each team having two open dates. The ACC has two dates blocked off for its championship game — Dec. 12 or 19. That game, as previously scheduled, will be played at Bank of America Stadium in Charlotte.

As part of the updated schedule, the ACC will eliminate divisions and add in Notre Dame as a member eligible to compete in the 2020 ACC title game. With divisions eliminated, the game will feature the top two teams in the conference based on winning percentage.

The Fighting Irish, usually an independent FBS program, will play a 10-game ACC schedule and be eligible for the Orange Bowl should they win the conference title and not reach the College Football Playoff. In recent years, Notre Dame has had a scheduling agreement with the ACC. The school’s original 2020 schedule had six ACC opponents.

All of the conference’s television revenue for the 2020 season will be shared equally by all 15 schools. That includes the Notre Dame home games that air on NBC.

Scheduling arrangements for football and the ACC’s other fall sports were constructed in consultation with the league’s medical advisory group.

“The Atlantic Coast Conference recognizes the uncertain and challenging environment all areas of our society are facing during the COVID-19 pandemic,” the conference said in a press release. “Intercollegiate athletics is just one area that we must address as we work to return to our campuses, bring back students and faculty when possible, and pursue our academic missions and goals as part of higher education. The health, safety and well-being of all our campus constituents is at the forefront of all decisions.

Added ACC commissioner John Swofford: “Today’s decision was made after months of thoughtful planning by numerous individuals throughout the conference. The Board’s decision presents a path, if public health guidance allows, to move forward with competition. Our institutions are committed to taking the necessary measures to facilitate the return in a safe and responsible manner. We recognize that we may need to be nimble and make adjustments in the future. We will be as prepared as possible should that need arise.”

The ACC is the third of the Power Five conferences to make a decision about the football season. The Big Ten and Pac-12 are both planning on playing a conference-only schedule, though neither have released details yet.

Last week, the San Jose Mercury News reported that the Pac-12 was moving to finalize a 10-game structure that would begin the weekend of Sept. 19. Meanwhile, Sports Illustrated reported Wednesday that the SEC was “moving closer” to finalizing a similar 10-game, conference-only format.

In the Big 12, two schools — Kansas and Oklahoma — have recently scheduled games for Aug. 29 while Iowa State added a non-conference game against Ball State for Sept. 12. The NCAA issued a blanket waiver on Monday to allow FBS programs to begin play on Aug. 29 to allow for scheduling “flexibility” amid the pandemic.

Home-and-away breakdown for each ACC team

The conference’s week-by-week schedule and television arrangements will be released at a later date. Below is the home-and-away breakdown for each school.