Amazon, Facebook, Alphabet, Apple All Report Later This Week, With Fed Meeting, Too 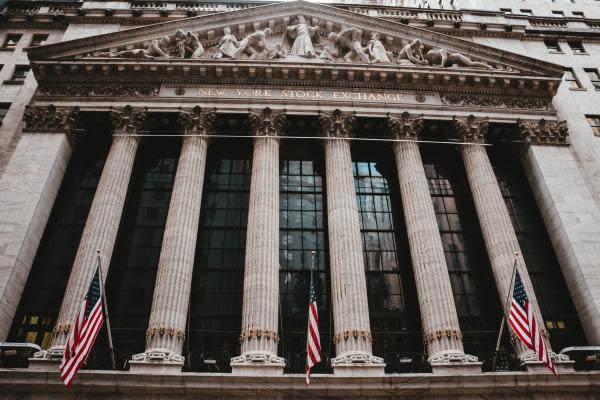 Some weeks just don’t let up, and this looks like one of them.

There’s a little of everything, including a Fed meeting and earnings from four of the five “FAANGs.” We also get a glimpse at the government’s first estimate for Q2 gross domestic product (GDP), which analysts think could be about the worst in history.

There’s a lot of focus on Washington as Congress works on a new stimulus package. Signs that Republicans seem to agree on where to go and it’s just a matter of them and Democrats agreeing could help stocks Monday.

Another positive factor is the lack of any real tough talk over the weekend between the U.S. and China. No news is good news.

Earnings from Apple Inc. (NASDAQ: AAPL), Amazon.com, Inc. (NASDAQ: AMZN), Alphabet Inc (NASDAQ: GOOGL), and Facebook, Inc. (NASDAQ: FB) over the course of just 24 hours Wednesday and Thursday should be enough to keep investors on their toes. We’ll be previewing them in the days ahead, so stay tuned.

The real excitement comes Thursday afternoon right after the close, when investors can sift through nearly simultaneous reports from the “Triple-A’s”—AAPL, AMZN, and Alphabet. Luckily, FB reports Wednesday afternoon, or else it would be a FAANG typhoon.

However, Wednesday afternoon could have drama of its own as the Fed meeting wraps up with a press conference from Fed Chairman Jerome Powell. It would be a moon-landing headline if the Fed did anything on rates this time around, so that’s probably not in the cards. Still, everyone should consider listening closely to what Powell says about the economy, and for his perspective on what effect the Fed’s unprecedented tactics are having and if more is needed.

One thing Powell has said in the past is fiscal policy needs to accompany monetary policy to keep the economy on its feet. Delays getting a new stimulus out of Congress before the old one expires could potentially trip things up this week even if earnings don’t fall completely out of bed.

Looking at the earnings results so far, it’s a bit mixed. Through Friday, 128 S&P 500 companies had reported, with 81% beating analyst expectations, CNBC said, citing data from Refinitiv. However, overall S&P 500 earnings have fallen more than 40% from the same quarter a year ago, reflecting the pandemic’s impact.

The Tech sector rolls into this stretch on a rough note after three of the five FAANGS logged losses Friday and the tech-heavy Nasdaq (COMP) posted its first back-to-back daily red marks in 50 sessions Thursday and Friday.

What’s happening here feels like a little profit-taking as the end of the month approaches, which you sometimes see. Also, it could reflect many investors sensing that prices in Tech got a little ahead of themselves.

One possibly overlooked factor is AAPL’s recent repeated failed attempts to reach $400 a share, which might have people scratching their heads about valuations. AAPL—a key benchmark stock for many investors—hasn’t traditionally had a really high price-to-earnings ratio, but that’s changed over the last year or so.

Buying interest appeared to slow a little during those shots on $400. Did the power play run out? It seems tough to bet against AAPL when you look at what the stock’s done over the last three years, but one analyst raised eyebrows by doing just that last week—setting a $315 price target and citing valuation.

The Tech sector is up nearly 15% year-to-date vs. a slight drop for the S&P 500 Index (SPX), and many analysts pointed to the “top-heavy” nature of the market and said something had to give. A disappointing outlook from Tech heavyweight Intel Corporation (NASDAQ: INTC) on Friday appeared to add to peoples’ worries (see more about the chip sector below).

There are signs of some sector rotation, too. Materials, Industrials, Financials, and Energy started catching more bids recently. The overall market slipped during the old week, with the SPX down for the first time in four weeks. Every major index fell, and the Nasdaq 100 (NDX) lost ground two weeks in a row for the first time since May.

There’s some “risk-off” sentiment, too, with Utilities and Consumer Staples—traditional “defensive” plays—joining cyclical sectors in the green last week. If these sectors keep rising, it could suggest virus and China fears starting to work their way in even more.

China tension apparently found its way into the bond market. The 10-year Treasury yield ended the old week below 0.6%, though Friday saw a slight widening of the yield curve, sometimes a bullish move. As long as the 10-year stays below 0.6% (it’s just below 0.58% now), however, it’s kind of hard to imagine the Financial sector finding much traction. The weak yields could be helping the housing sector as mortgage rates hit record lows. New home sales for June reported Friday were off the charts vs. estimates.

Durable goods orders rose more than 7% in June, the government reported early Monday. That’s a great sign of things continuing to come back.

It was kind of interesting to see the Cboe Volatility Index (VIX) actually fall Friday despite another tough day for the major indices. VIX keeps hovering near 25, which is high historically but low for 2020. The lower VIX combined unusually with weaker stocks, which could indicate a bit more optimism than some people might suspect. Strong earnings performances and outlooks from the FAANGS would probably help keep the VIX tame as we move into the heart of the week.

CHART OF THE DAY: GOLD’S SHINING MOMENT(UM). It’s been an interesting run for gold futures (/GC—candlestick) since March. They followed the upward trend of the S&P 500 Index (SPX—purple line), but signs of a divergence between the two may be starting to show. Gold rallied strongly on Friday as SPX pulled back. In fact, /GC briefly went just above $1,900 per ounce, a level it hasn’t touched since 2011. Data sources: CME Group, S&P Dow Jones Indices. Chart source: The thinkorswim® platform from TD Ameritrade. For illustrative purposes only. Past performance does not guarantee future results.

Liquid Assets: Volatility has been steadily sinking over the last three months since the March market collapse. Even with a bit of an uptick toward the end of last week, it remains relatively muted. However, one warning sign is that market liquidity seems kind of light, with the bid-and-ask spreads generally widening. This means, basically, that when someone wants to buy or sell a stock, the price has to move up or down more than usual before someone else has shares to offer or wants to purchase what’s being sold.

In an environment like this, big market swings sometimes grow more likely and moves up or down can be exacerbated. This doesn’t mean there’s a lack of potential buyers on a downturn. Plenty of cash remains on the sidelines, analysts say. The question is how much of it is going to be directed into U.S. stocks at their current high levels.

Record Highs for Gold… or Maybe Not: There’s a lot of focus right now on gold hitting $1,900 an ounce intraday Friday, closing at a record high, and extending its gains in the early going this week. Gold is also up seven weeks in a row (see more about gold vs. the dollar below) and it rose again early Monday. Analysts expect gold to stay strong as long as U.S./China tensions remain in the mix, and maybe longer. The Fed’s dovish policy tends to give metals a lift, and the approaching U.S. election raises uncertainty. Gold usually does well when uncertainty reigns.

While you don’t necessarily want to de-emphasize gold’s rally and what it reflects, keep in mind that these high prices aren’t really a record. When you adjust for inflation, gold’s settlement price of $825.50 on Jan. 21, 1980 becomes $2,722.18 today, according to Dow Jones Market Data, Barron’s reported last week.

Birds of a Feather? One common investor mistake is to consider sectors monolithic and likely to move the same direction on news. That’s really not the case, because even stocks in the same sub-sector of a sector can go different directions on the same day. An example came Friday when Intel Corporation (NASDAQ: INTC) got thumped with 16% losses even as another semiconductor stock, Advanced Micro Devices, Inc. (NASDAQ: AMD), had a rocket launch. AMD’s gain basically matched INTC’s decline.

Why the discrepancy? In this case, one company’s troubles became another’s opportunity. INTC got clobbered after announcing a delay in its next-generation 7nm chip technology, which could turn out to be a “boon” for competitor AMD, according to research firm Briefing.com. How long will AMD be able to enjoy this “boon?” Intel said the delay is about six months, and it’s found a fix for the issue. That may be true, but remember that when one company isn’t delivering, another can potentially poach customers and it might be hard to get them back. Some chip market experts, writing in the trade media Friday, said AMD has wrested the leadership role away from INTC in this particular segment.

Photo by Aditya Vyas on Unsplash