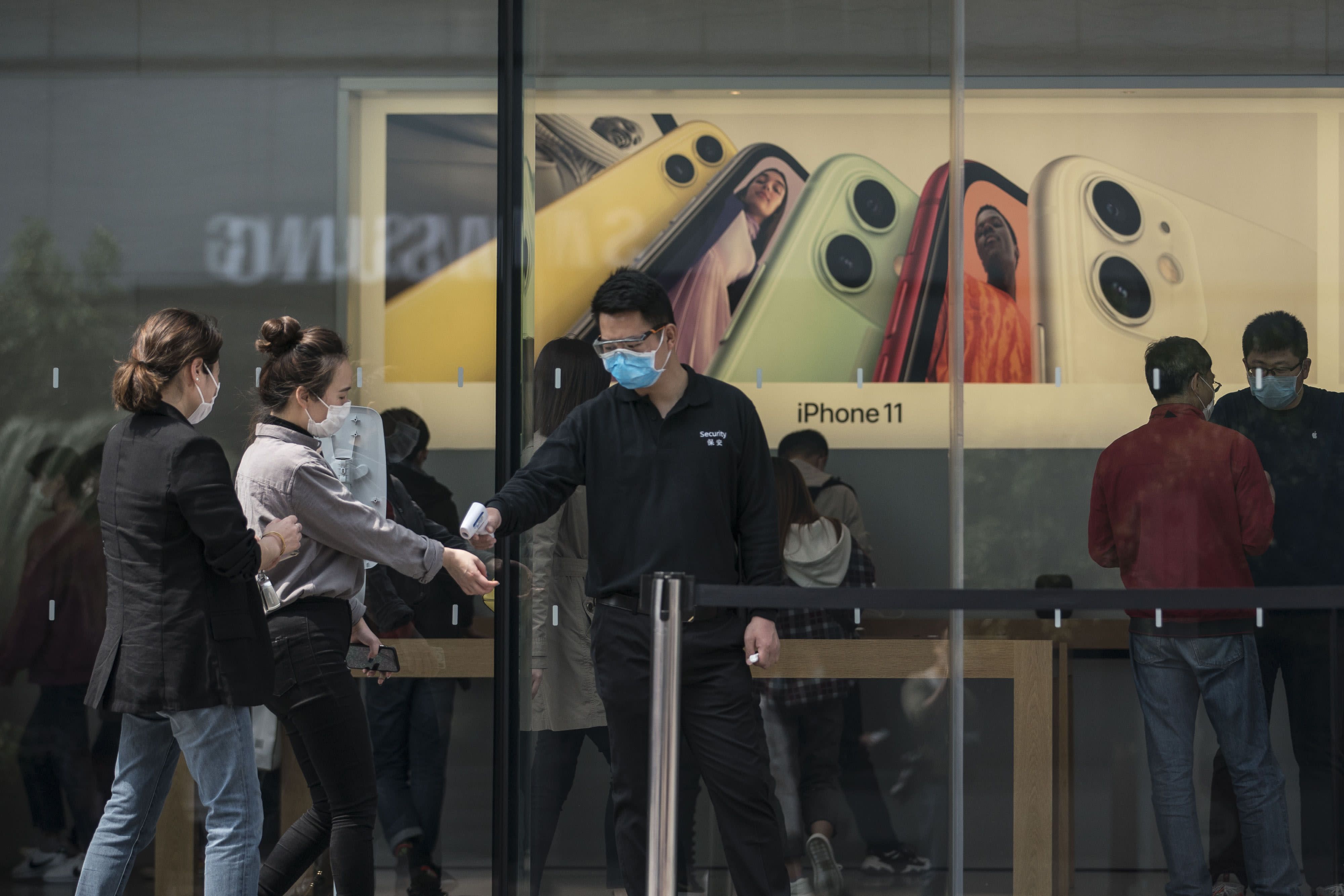 (Bloomberg) — Apple Inc. pulled off a strong quarter in China by switching up retail tactics and pushing a cheaper iPhone, becoming one of the few U.S. tech giants to ride the country’s post-pandemic recovery despite Washington-Beijing tensions.

Apple’s strength in the world’s No. 2 economy surprised analysts who’ve seen local consumers turn increasingly to homegrown brands, at a time Washington accuses the likes of Huawei Technologies Co. and ByteDance Ltd. of spying or jeopardizing national security. Huawei — the company most squarely in Trump’s cross-hairs — eclipsed Samsung Electronics Co. in global smartphone sales for the first time last quarter, thanks in large part to an upswell of home-crowd support.

Apple, whose Chinese-based suppliers employ upwards of a million people, was swift to adapt its tactics after Covid-19 emerged in February, turning to third-party distributors after shutting most of its stores. It also focused on marketing and selling online, tapping the surge of internet activity that followed a rolling nationwide lockdown.

The iPhone maker jumped aboard a plethora of online sales promotions hosted by Alibaba Group Holding Ltd. and JD.com Inc. in June, traditionally one of several peak spending months. Apple moved more than 500 million yuan ($72 million) of devices in a single day during JD’s “6.18” shopping marathon, the Chinese company said. It probably also benefited from the introduction of a lower-cost smartphone, the iPhone SE.