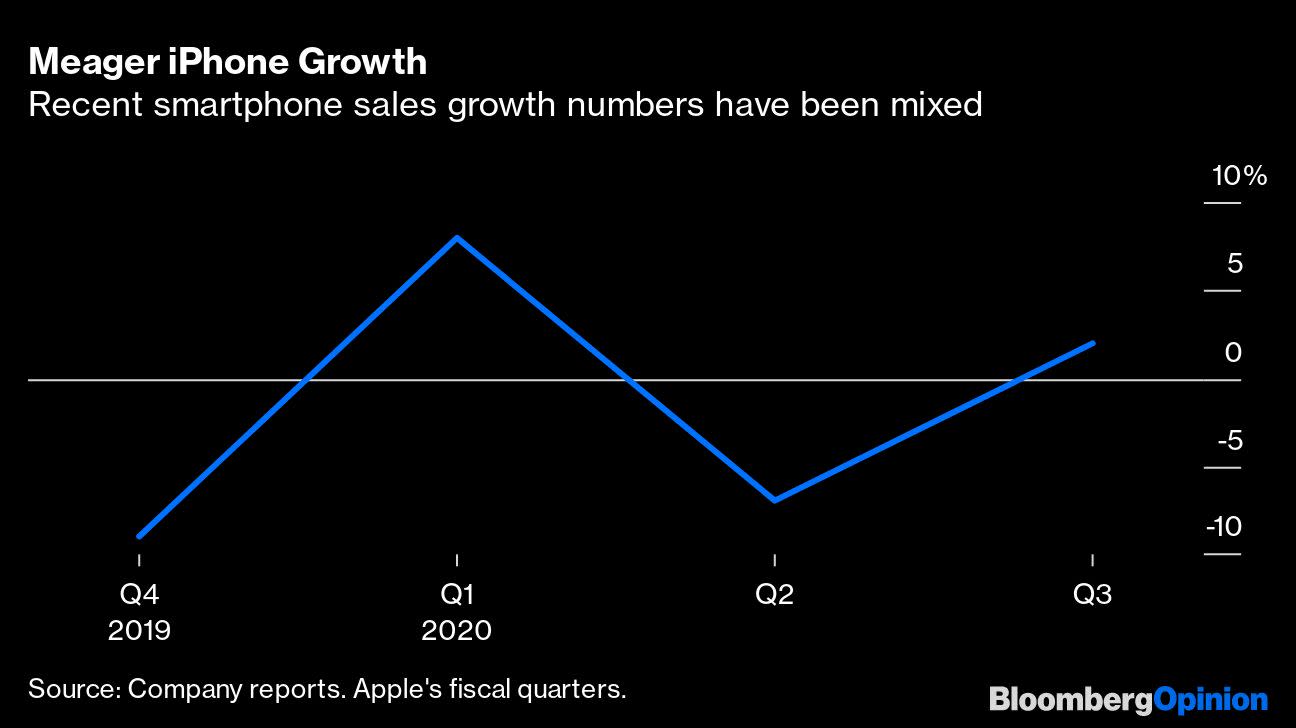 (Bloomberg Opinion) — What timing. On Wednesday, the CEOs of four of the biggest U.S. technology companies downplayed the market power of their respective firms in a landmark antitrust hearing before a House subcommittee. Then just a day later, the same companies posted blowout earnings that demonstrated why they are the envy of world — and the target of scrutiny.

Late Thursday, Apple Inc., Amazon.com Inc., Facebook Inc. and Google parent Alphabet Inc. all reported better-than-expected financial results, with each generating billions of dollars in earnings for the June quarter. The numbers showed the resilience of their respective businesses, illustrating how these behemoths can generate large profit pools amid a pandemic. The four companies’ stocks spiked higher in after-hours trading, adding to their healthy gains this year.Apple made the most money out of the bunch, posting a net profit of $11.3 billion and generating $59.7 billion in revenue for its fiscal third quarter. There were two major positive contributors for the smartphone giant. First, the company said sales for the $399 iPhone SE model launched in April were extremely strong. In a more uncertain economy, Apple’s release of a lower-cost smartphone seemed perfectly timed. Further, revenue from Apple’s App Store revenue surged to a record as the company’s services segment increased sales by 15% in the quarter.

While Apple’s overall numbers were far better than expected, investors shouldn’t overlook several challenges facing the smartphone giant. First, the company admitted that its quarterly results benefited from economic stimulus and the lifting of shelter-in-place orders during May and June. If the size of government stimulus is reduced or states start closing down again, sales could suffer. Second, regulatory scrutiny over the ways Apple treats developers and the App Store’s high fee structure isn’t going away. If lawmakers force the company to change its business practices, its services segment’s profitability will take a hit.

Even more important, the success of its next iPhone lineup is still up in the air. So far this year, Apple bulls have been willing to overlook mixed iPhone sales growth rates in anticipation of the 5G-enabled smartphones coming this fall. However, the next product cycle could be underwhelming. Consumers may be less willing to upgrade their current phones as they worry about the economy. Spending $1,000 for a new 5G iPhone is a big ask at a time when tens of millions remain unemployed. Moreover, there aren’t many killer apps that require the faster fifth-generation wireless speeds, making the prospect of an upgrade less attractive.

While Apple faces uncertainty over its core iPhone business, Amazon may have a longer growth runway for its main business. By now, everyone knows the internet giant has been a key beneficiary of the dramatic spending shift from physical stores to online shopping. And it certainly showed up in the June quarter as the company’s sales soared 40% year over year, resulting in net profit of $5.2 billion in the three months.

But Amazon also has looming regulatory issues for one of its most profitable businesses — its third-party marketplace. On Wednesday during the Congressional hearing, CEO Jeff Bezos admitted to lawmakers he couldn’t guarantee the company’s policy of restricting employees from using third-party seller data in developing its own competing products hadn’t been violated. If lawmakers do clamp down on Amazon and what it can do with the extensive data it has on sellers and customers, future profitability will be reduced.

Rounding out the group, the internet ad giants reported impressive financial results. Facebook’s ad revenue grew by 10% to $18.3 billion, and it had $5.2 billion in earnings. While Alphabet wasn’t as strong with a 2% revenue drop, it still handily beat expectations with $7 billion in quarterly profits as well.  These numbers point to the companies’ dominant market positions in their respective areas of social media and search-engine ads, which may only increase regulators’ resolve to make sure they aren’t stifling competitors.

So, despite what the tech leaders said on Wednesday, the stunning June quarter profit results are clear evidence of the commanding power these “emperors” have over their domains — evidence that will further the case for potential breakups or antitrust action. The numbers do not lie.

Tae Kim is a Bloomberg Opinion columnist covering technology. He previously covered technology for Barron’s, following an earlier career as an equity analyst.