Join gaming leaders online at GamesBeat Summit Next this upcoming November 9-10. Learn more about what comes next.

BlueStacks made its name getting Android games to run on the PC. And now it is releasing BlueStacks X, which is a free cloud-based gaming streaming service for mobile games.

BlueStacks X is powered by hybrid cloud technology, built in partnership with Now.gg, BlueStacks’ sister company. Hybrid cloud enables the cloud to offload parts of compute and graphics rendering to the endpoints, dramatically reducing the cloud costs and enabling users to enjoy a free service, said Rosen Sharma, CEO of BlueStacks, in an interview with GamesBeat.

“We are using BlueStacks X to offload some of the computation to your endpoint, as that can help get the cost of the cloud down and keep the service free,” Sharma said.

The BlueStacks X service has a free tier that is ad-based, and it will have a premium offering later on, Sharma said.

Above: BlueStacks X has more than 200 games available for free.

The problem with cloud gaming is that cloud gaming providers have to use a tremendous amount of cloud servers to stream data at a high speed to users’ devices. The computing happens in the cloud, and not on the devices. This enables the convenience for users of being able to use low-end PCs, consoles, or smartphones to play high-end games that are computed in the servers. But this gets to be pretty expensive, particularly if there’s a high cost for streaming to mobile devices over a carrier’s network.

BlueStacks X is different because it taps the power of the devices — however weak it is — to handle some of the computing chore so that not all of the data has to be streamed and computed in the cloud. This is what Sharma means by lowering the costs, and that enables BlueStacks to offer BlueStacks X as a free service, he said.

“Our endpoint is capable of doing some work,” he said. “So whether it be graphics or compute the cloud, we offload some of the work to the endpoint. It brings down the big cloud cost a lot. So that’s the key innovation that enables that to be a free service, in addition to using the cloud.” 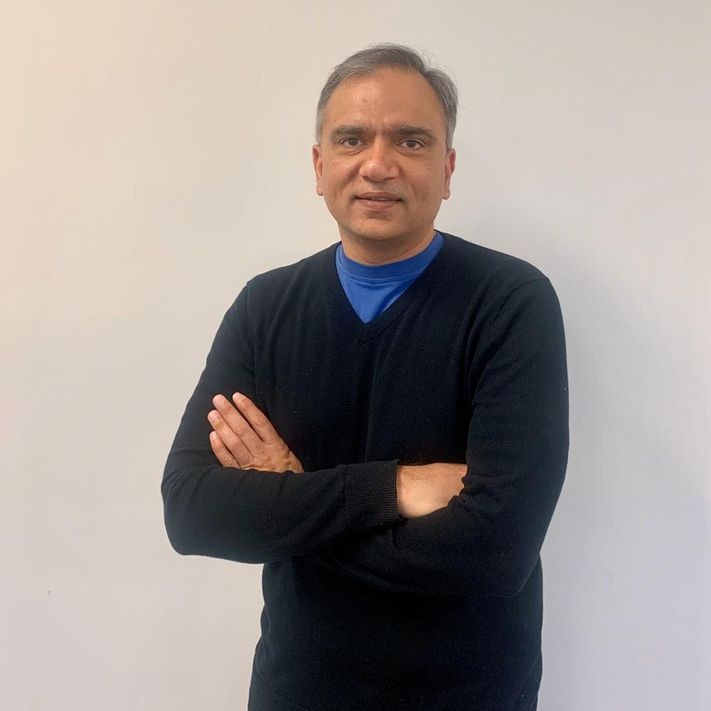 Above: Rosen Sharma is CEO of BlueStacks.

The strategy of both BlueStacks and Now.gg is different from the strategies of rivals like Microsoft’s xCloud, Nvidia’s GeForce Now, Amazon’s Luna, and Google’s Stadia, where the focus is taking PC and console games and getting them to run on the cloud so they can be accessible on any device, including mobile. None of those is really direct competition, Sharma said.

The BlueStacks X service can use a native client and browsers capable of native graphics rendering. This technology works transparently and does not require any integration from game developers.

“Browsers such as Chrome now have native graphics processing unit (GPU) support, and the Open GL graphics support in the browsers has gotten much better over the years,” Sharma said. “So if you’re using PC browsers, it has become much much easier to do mobile browsers.”

It does take some deep tech to partition the different pieces of a game so that the device works on part of it and the cloud works on the rest, Sharma said. It has to be smart enough to calculate whether the network is fast enough or if more computation has to be done on the local device.

In another development, the company is enabling Discord users to integrate cloud game service into their Discord servers. That means you can play games with friends on the Discord server, which is good for creators to get better engagement with fans. 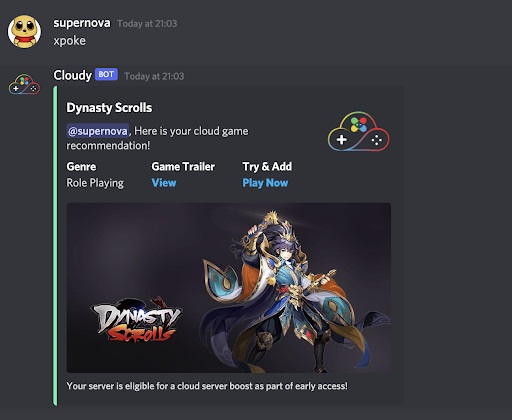 Above: BlueStacks on Discord

BlueStack’s early product, the BlueStacks App Player, recently crossed a billion lifetime downloads. BlueStacks X is a natural next step for the company, as the hybrid cloud makes it economically viable to launch the service. That early business has been growing organically, and it enabled the company to work on BlueStacks X.

BlueStacks X (beta) already has over 200 games, and several new games are being added every week. The service has a great collection of role-playing games and strategy games with other genres being added over time. The company has more than 400 people.

Gamers in 100 countries and six continents player more than six billion gaming sessions with 70,000 different games in 2020 on BlueStacks.