Debating How Much a Biden Presidency Breaks From Trump 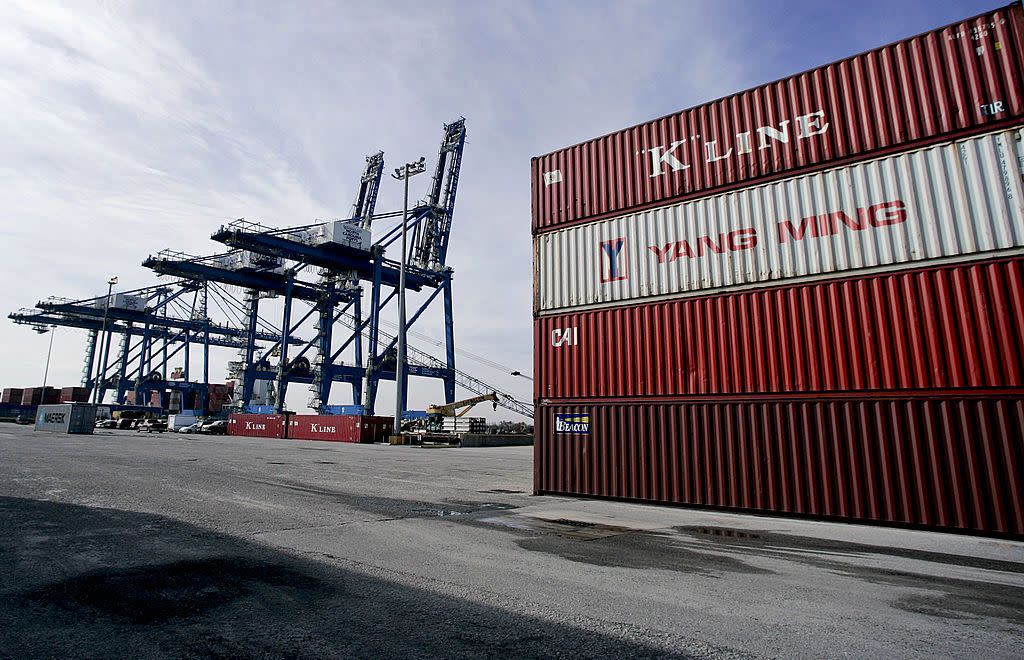 (Bloomberg Opinion) — Should Joe Biden win the presidential election, some of his policies may not look like those of past Democratic presidents, who tended to favor free trade and expanded immigration. Quite the opposite — some of his proposals might bear a passing resemblance to those of President Donald Trump, differing mainly in terms of degree and implementation. Bloomberg Opinion columnists Conor Sen and Noah Smith, both of whom have written about Biden’s agenda, met recently online to debate.   Conor Sen: Something we’ve both noticed is that on trade, Biden is largely affirming President Donald Trump’s approach to shift the U.S. away from free trade. He’s talked about emphasizing buying American-made products. We’ve seen over the past decade how difficult it is to pass immigration reform, and perhaps success for a Biden administration on immigration will be treating the immigrants we have more humanely rather than increasing immigration. It’s difficult for any president to enact more than a few key priorities, and with so many pressing concerns confronting a new Biden administration — from the public-health crisis to the economy to health care and climate change — reversing some of Trump’s moves on trade and immigration might get lost in the shuffle. How likely do you think this is, and as a strong proponent of free trade and more immigration does this concern you?

Noah Smith: Well, I’m not such a strong proponent of free trade as it’s typically practiced. I think we’ve neglected industrial policy and exports, and we’re due for a shift back. Trump sort of dimly understood that, but messed it up with counterproductive tariffs. Biden’s plans, in contrast, include a lot of positive measures such as supporting research, education and supply-chain security, as well as some potentially troubling ideas like so-called Buy American provisions. But overall I think he’ll improve our policy.

Immigration is a different matter. Trump has been very successful in halting immigration to the U.S., especially high-skilled immigration. This is very bad for our nation, but I don’t see Biden reversing it. The U.S. simply isn’t as attractive for skilled immigrants because they know they could always be vulnerable to a return of Trumpism. And to be frank, I think a lot of white liberals who express support for immigration are quietly unenthusiastic about their kids having to compete with skilled immigrants and the kids of immigrants. So I anticipate only a modest rebound of immigration under Biden.

So yes, I think you’re right that the age of neoliberalism is drawing to a close, and the question is whether we’ll replace it with something smart or something very dysfunctional. What do you anticipate?

CS: In the short run maybe the best we can hope for is a system that’s less chaotic and harmful than the past four years have been. Companies need clarity on trade rules, otherwise they’ll cut back on long-term planning and investments. There’s broad agreement that China is a uniquely challenging country for the U.S. to deal with on many fronts, but it serves nobody’s interests to put tariffs on European cheese and butter.

As for immigration, whoever is in the U.S. deserves to be treated with dignity and respect regardless of where they were born. Period, full stop. While it shouldn’t be an either/or, if Republicans are going to be hostile to immigration and immigrants then I’d be willing to accept less immigration in the future in exchange for better treatment of the people we already have and with a path to citizenship.

So here’s a question I have for you if we agree that we’re not likely to get a meaningful expansion of free trade or immigration in a Biden administration: What does that mean for cities and higher education, two areas of interest for you? Do their current models work, or will they need to adapt or retrench?

NS: College towns are in big trouble. So much of their economies are tied to local universities; reduced tuition from foreign students and declining  state funding are going to hit them hard, and when they cut back, private investment and local spending will also dry up. There’s just not much they can do.

Big cities are in a better position. The shift to remote work will partially reverse the investment boom they’ve enjoyed during the last three decades, but falling rents will cushion that blow. These cities’ economies are diverse, and they have deep pools of human capital; they’ll need to spend some effort retooling and figure out how to control crime without overbearing police forces, but ultimately they’ll do OK.

But here’s a question: What about the macroeconomic implications of the end of the age of neoliberalism? For a long time companies had all the capital and labor they could want; with supply plentiful, demand was the biggest constraint on growth. Now, labor shortages will hit our knowledge industries even as the rest of the economy has to weather the transition to green energy. Could we see the return of inflation, shortages and so on?

CS: Yeah, these are the types of dynamics I’m thinking through right now. As we’ve seen in Europe, and presumably would in a Biden administration, fiscal stimulus that’s targeted toward infrastructure and clean energy can get legislators to overcome their concern about budget deficits. We’re unlikely to get the kind of energy-related inflation that we got in the 1970’s. At the same time, if we have governments pursuing infrastructure and clean energy and increased health-care access and policies more focused on achieving full employment, what will that mean for areas of the economy with artificial but very real constraints on housing and education?

During the past 10 or 15 years we’ve seen how scarcities and shortages in things that knowledge workers want have driven up prices — tuition at selective colleges and universities, and rents and home prices in desirable neighborhoods where residents block construction of additional housing. If we enact policies that give more Americans access to prosperity, I worry that these sorts of assets will become even more scarce. I wonder if we will have the collective will to expand access to them, or if there will be even fiercer fights to see who gets into Harvard and who’s allowed to live in the desirable parts of our cities.

NS: I think this transition will be more difficult than we expect. In the mid-20th century the U.S. was the workshop of the world. As manufacturing industries migrated to Asia, the U.S. pivoted and became the world’s research park. We specialized in bringing smart people together from all over the world, concentrating them in universities and cities, and having them generate high-tech products and services. The rest of the economy came to be dominated by services, spending and re-spending the money generated by the knowledge industries.

If those knowledge industries migrate offshore or decline, it’s not clear what can replace them. Let’s hope the U.S. will regain some high-tech manufacturing, but Asia will retain the world’s main cluster of physical mass production. Clean energy is a necessary shift and can employ many people, but without the R&D aspects it isn’t much of an export industry. So if we stop being the world’s research park — if we fail to bring back immigration and universities and retain high-tech industries after the devastation wrought by Trump and Covid-19 — then I fear that we’ll continue our slide into dysfunction.

Conor Sen is a Bloomberg Opinion columnist. He has been a contributor to the Atlantic and Business Insider.

Noah Smith is a Bloomberg Opinion columnist. He was an assistant professor of finance at Stony Brook University, and he blogs at Noahpinion.