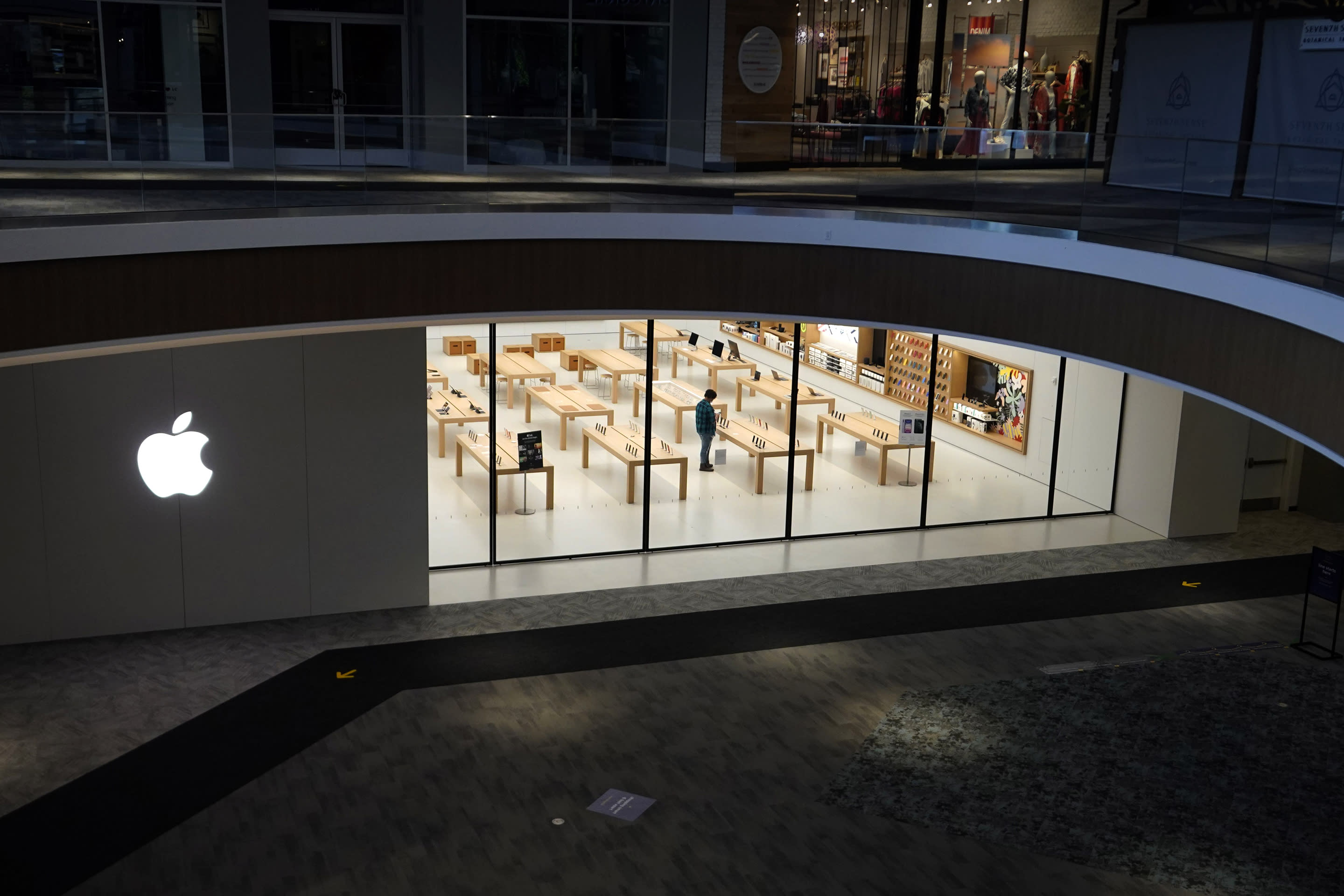 No one on Wall Street seems to think Apple had a good quarter, which could set the iPhone maker up to surprise analysts.

The COVID-19 pandemic has forced Apple to shutter many of its stores, sometimes more than once, and convinced consumers and businesses to cut back on their phone buying. Analysts expect Apple’s report on Thursday after the market closes will show that the company brought in $52.6 billion of revenue for the three months ending June 30, the company’s third fiscal quarter of 2020, and earnings per share of $2.07. That would represent about a 2% drop in sales and 5% decline in earnings.

The U.S. smartphone market contracted 25% overall in the last quarter, according to research firm Counterpoint. But in many parts of the world, consumer shopping has improved since the worst of the shutdowns in the early spring. And Apple has a robust e-commerce operation selling phones online.

“Our channel checks on Apple indicate weaker iPhone shipments for the quarter but not as weak as we had originally expected,” Goldman Sachs analyst Rod Hall wrote in a report last week. “We believe that Apple performed relatively well in the smartphone market due to its strong online presence aided by short term stimulus and the economic rebound from COVID-19 lows.”

Apple has also been expanding its services offerings like Apple TV+ and Apple News, which bring in monthly subscription fee revenue that can be steadier than sales of phones and other devices. Strong sales of services, which should grow 17% to 19% from a year ago, will bolster Apple, says analyst Angelo Zino at CFRA Research.

“Apple diversification [will] be in full display, which investors should reward,” Zino wrote in a research report previewing the quarterly results. “We think investors are taking more notice [of] Apple’s ability to continue to sustain elevated profitability amid a prolonged period of iPhone unit declines.”

Still, even if Apple posts better than expected results, that might not help its stock price, which has already been a strong performer this year. Apple shares closed at $380.26 on Wednesday and have gained 29% this year compared to a 16% gain for Dell and an 17% loss for Hewlett Packard. The S&P 500 Index is up just 1% on the year.

The big gain in 2020 prompted Goldman analyst Hall to call the rally in Apple’s stock price “unsustainable.” He recommends that investors avoid the stock and expects the price to drop $299 in 12 months.

Even other big tech companies that exceeded expectations have seen their stock prices fall, as investors instead focus on concerns about future problems resulting from the pandemic. Microsoft, for example, reported better sales and profits than Wall Street expected in its July 22 report, but its stock has declined 1% since.

The next big challenge ahead for Apple is the debut of the 2020 upgrades of the iPhone. The iPhone 12 is rumored to include as many as four different size models, all with 5G capabilities.

“Investors are increasingly bullish on the upside potential of the upcoming 5G iPhone launch,” Morgan Stanley analyst Katy Huberty wrote last week. “This is why we continue to view Apple as a top pick,” she added.

Apple CEO Tim Cook, who will be fresh off of his congressional testimony on Wednesday, doesn’t usually offer much information about future product releases. But analysts will try to glean as much they can from Cook and CFO Luca Maestri about the possibility that Apple may push back the usual September introduction of new iPhone by a month.

Either way, it shouldn’t matter much to the stock market, notes J.P. Morgan analyst Samik Chatterjee.

“We see limited headwinds to the investment thesis on a potential 1-month delay to iPhone launch timing, and expect investors will be using any weakness from further newsflow around launch timing as an opportunity to participate in the longer-term upside,” he wrote.