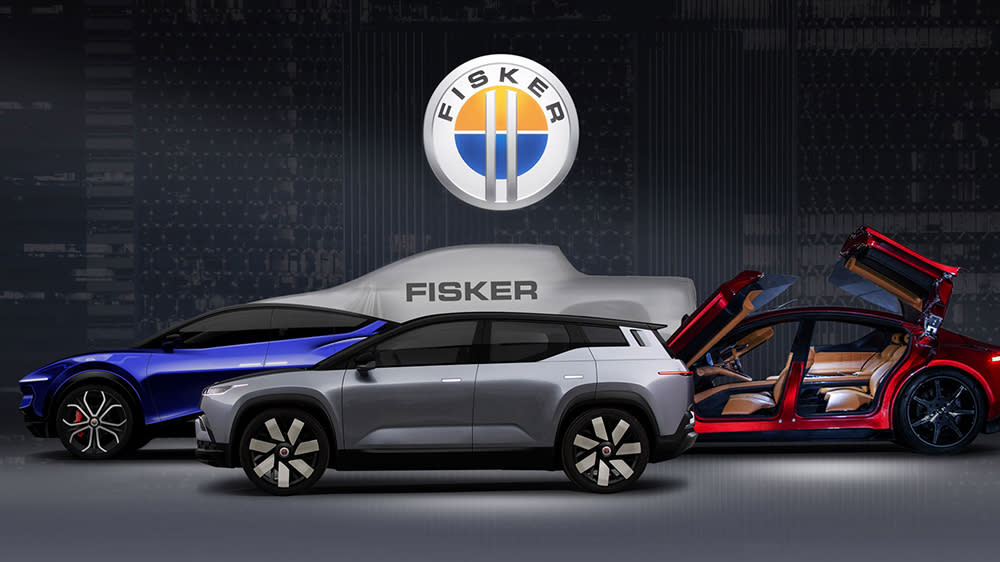 Fisker may have barely gotten started, but it’s already expanding. The automotive startup, which has already wowed enthusiasts and industry insiders with its all-electric Ocean SUV, has announced it will add three more EVs to its nascent lineup by 2025.

We may still be two years away from the launch of the Ocean, but on Thursday the California-based company made clear that it’s serious about giving Tesla a run for it money. In addition to the previously announced SUV, the company also has plans for a crossover, a sports sedan and, because they’re all the rage with EV makers, a pickup truck.

While the automaker didn’t reveal any concrete details about the strategy, other than that the vehicles will launch from 2023 onwards, it did offer a glimpse of what the EVs will look like. In a photo shared across its social channels, the Ocean can be seen positioned in front of three vehicles: a sleek blue crossover, a red sports sedan with gullwing doors and, in the back under a branded cover, what looks like a truck. It’s possible the pickup may be the Alaska truck that CEO Henrik Fisker tweeted (and then quickly deleted) an image of back in February, while the sedan bears a striking resemblance to the brand’s E-Motion concept vehicle.

“We will shake up each product segment we enter with incredible emotional design, radical new features and a unique customer experience, all of which will set Fisker’s vehicles and service apart from the what is available in the market,” the company wrote on Facebook. “Thank you for joining us on the journey to a clean future for all!”

As intriguing as the new EVs may be, the most exciting Fisker remains the Ocean, which is scheduled to be released in 2022. The electric SUV, which was unveiled late last year, is inspired by the company’s love for the California coastline and features a special “California mode” that lowers nine windows in case you need room for your surfboard. Fisker has touted a 300-mile range for the vehicle, as well as a sub-$40,000 price tag.