Former employees for ‘The Ellen DeGeneres Show’ reveal details of toxic work environment, according to a new report 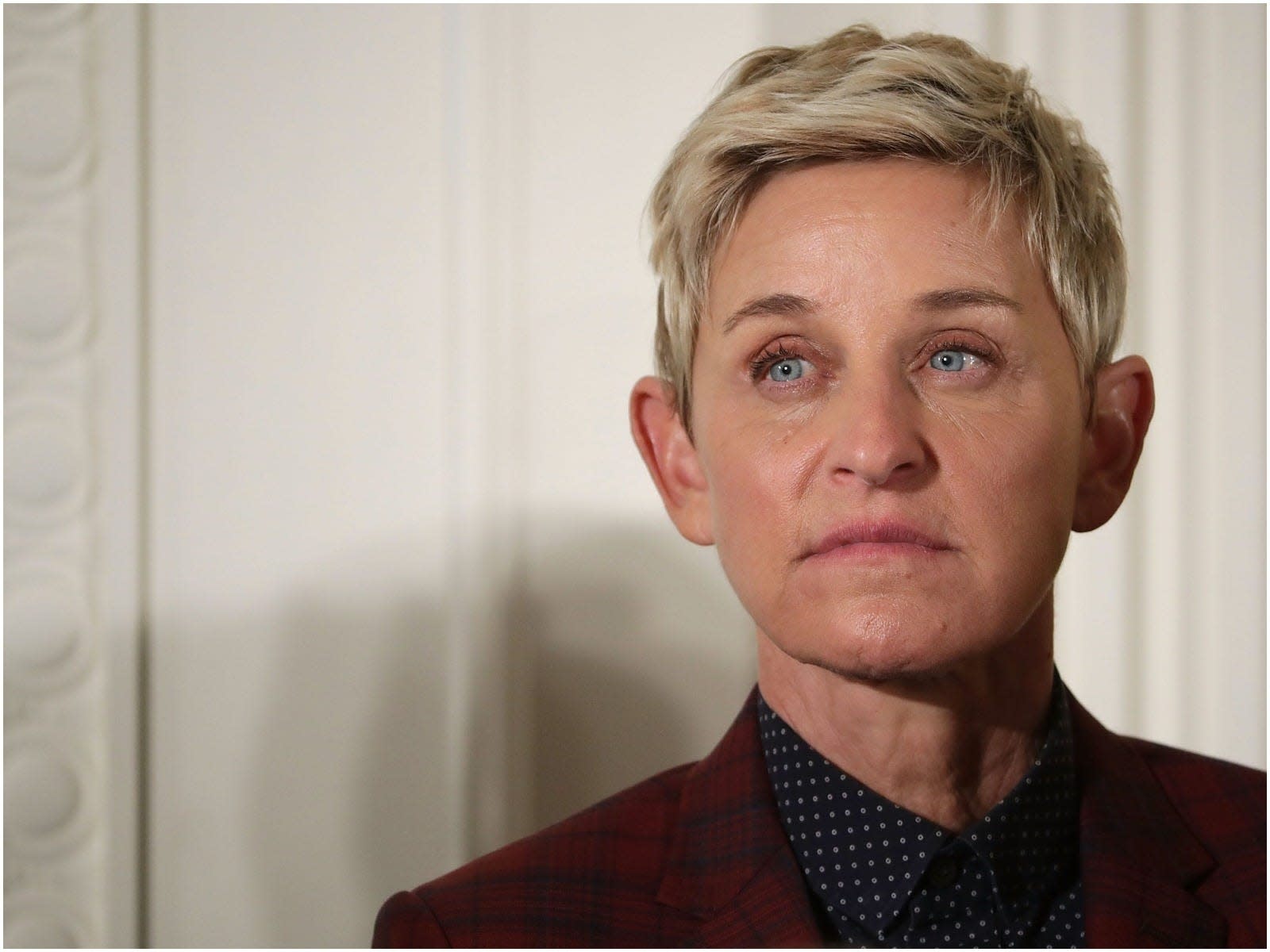 Though the Ellen DeGeneres show relays a positive message through its ‘be kind’ mantra, former employees told BuzzFeed News that the positivity doesn’t extend to its workplace culture.

One current and 10 former employees described instances in which they felt belittled at the company or their views weren’t respected.

“I think it is a lot of smoke and mirrors when it comes to the show’s brand,” a former employee told BuzzFeed News. “They pull on people’s heartstrings; they do know that’s going to get likes and what people are going to go for, which is a positive message. But that’s not always reality.”

One Black woman who used to work for the show told BuzzFeed News she used to face instances of racist microaggressions. She claimed a senior-level employee at the show said to her and another Black employee, “Oh wow, you both have box braids; I hope we don’t get you confused.”

And when the former employee started to be more vocal about discrimination and racism in the workplace, she said her colleagues would call her “the PC police.”

Another employee told BuzzFeed News that she had to fight with HR at the show to get time off and working remotely for various issues, including medical leave after being in a car accident and attending two family members’ funerals.

“That’s the definition of a toxic work environment, where they make you feel like you’re going insane and then you’re like, ‘no, everything I was feeling was right,'” they said.

Nonetheless, the former employees told BuzzFeed News that they felt like they couldn’t speak out due to fear of retribution.

“They hire people who maybe are inexperienced with how a functional, non-toxic work environment actually is, or someone who just wants to be in that atmosphere so bad that they’ll put up with it,” one former employee said. “They kind of feed off of that, like, ‘This is Ellen; this is as good as it gets. You’ll never find anything better than this.'”

Another former employee echoed the sentiment, telling BuzzFeed News that employees generally felt like there was an abnormal work culture at the show but no one spoke up about it.

“We all have a kind of ‘this isn’t normal’ feeling about how people get treated there,” one former employee claimed. “And there’s this ushering out the door. Or your contract isn’t renewed the minute you ruffle anyone’s feathers. Or you don’t show that you’re extremely grateful and appreciative to work there.”

In March, comedian Kevin T. Porter posted on Twitter calling DeGeneres “notoriously one of the meanest people alive.” He encouraged people to share “the most insane stories you’ve heard about Ellen being mean” in exchange for donations to a local food bank, and the tweet has since received nearly 70,000 likes and more than 2,600 replies.

However, one former employee said, while the people “focus on rumors about how Ellen is mean,” they claimed staffers behind the scenes are also at fault for perpetuating such a culture.

“The issue is these three executive producers running the show who are in charge of all these people [and] who make the culture and are putting out this feeling of bullying and being mean,” the former employee told BuzzFeed News.

“They feel that everybody who works at ‘The Ellen Show’ is lucky to work there, so ‘if you have a problem, you should leave because we’ll hire someone else because everybody wants to work here,'” the ex-employee continued.

Executive producers Ed Glavin, Mary Connelly, and Andy Lassner said in a joint statement to BuzzFeed News that over the course of working on the show, they “have strived to create an open, safe, and inclusive work environment.”

“We are truly heartbroken and sorry to learn that even one person in our production family has had a negative experience,” they said in the statement. “It’s not who we are and not who we strive to be, and not the mission Ellen has set for us.”

“For the record, the day to day responsibility of the Ellen show is completely on us,” they continued. “We take all of this very seriously and we realize, as many in the world are learning, that we need to do better, are committed to do better, and we will do better.”

Read the original article on Insider