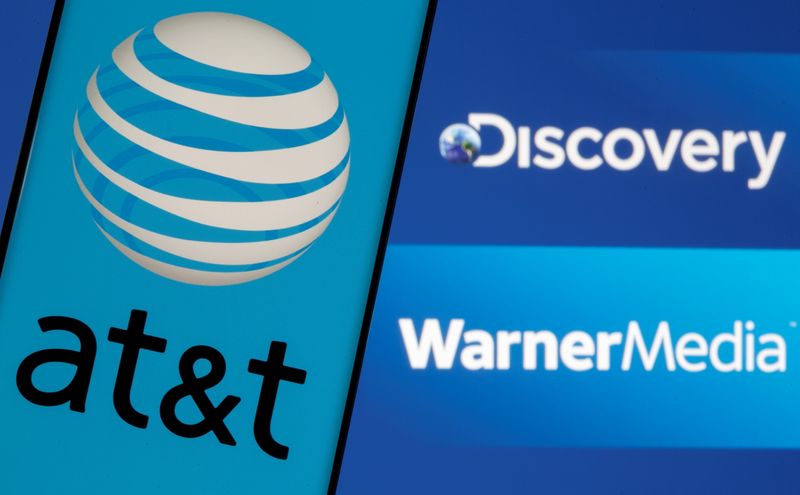 © Reuters. FILE PHOTO: AT&T logo is seen on a smartphone in front of displayed Discovery and Warner Media logos in this illustration taken May 17, 2021. REUTERS/Dado Ruvic

As part of the deal, Fox will own and operate all TMZ-branded media properties, including the syndicated TV shows “TMZ” and “TMZ Live,” both of which air on network affiliates owned by Fox Television Stations; the sports site TMZ Sports and program “TMZ Sports,” celebrity and culture website TooFab.com and TMZ.com, and celebrity tour operations in Los Angeles and New York.

TMZ founder and Managing Editor Harvey Levin will remain with TMZ and continue to oversee day-to-day operations for the brand, Fox said in a news release. He will report to Rob Wade, Fox Entertainment’s president of Alternative Entertainment and Specials.

AT&T is in the process of unwinding its expensive media investments to focus on its original business of providing phone and internet services.

It is combining WarnerMedia’s media assets with Discovery (NASDAQ:) Inc to create a proposed stand-alone company, Warner Bros. Discovery, in a deal expected to close next year.

JioPhone Next specifications have surfaced online ahead of the launch

JioPhone Next runs on Pragati OS built on top of Android, likely to be available around Diwali