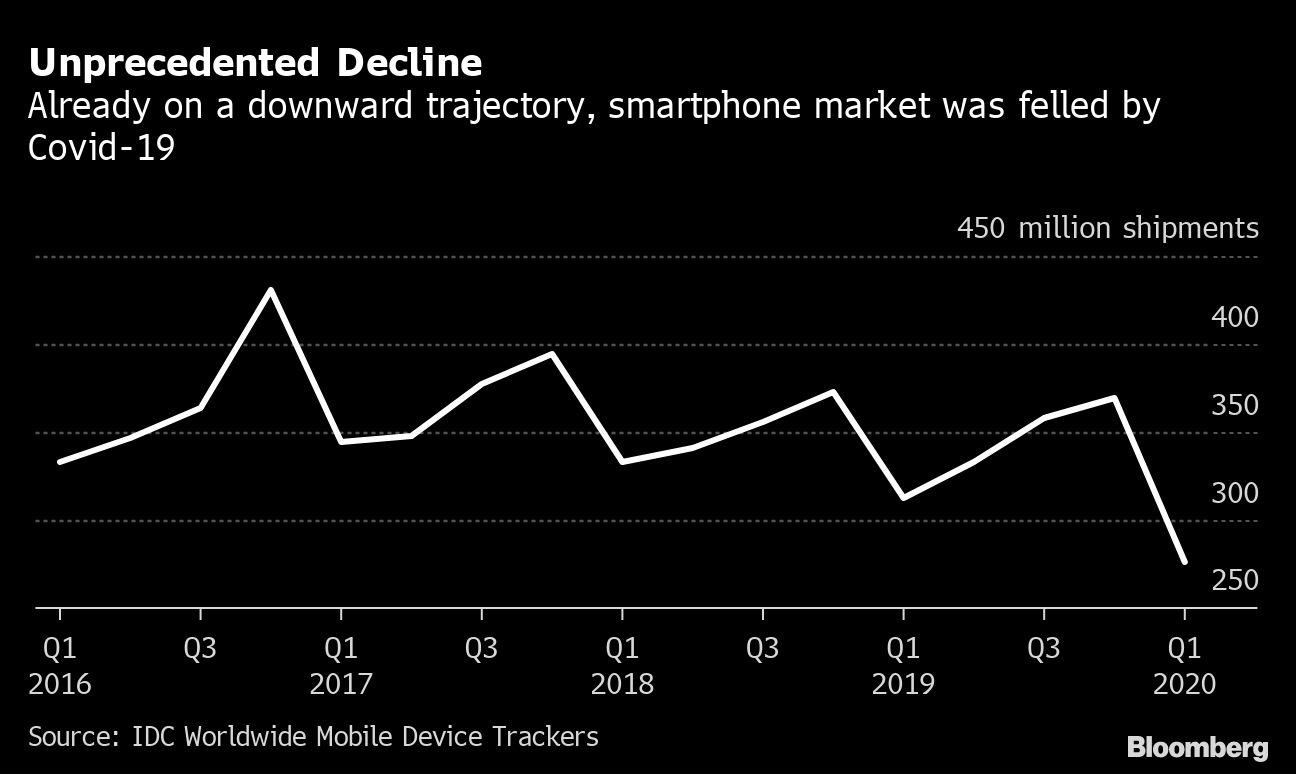 (Bloomberg) — Alphabet Inc.’s Google and Samsung Electronics Co. are negotiating a major deal that would give Google products more prominence on the South Korean company’s smartphones, according to correspondence viewed by Bloomberg News.

The talks involve giving Google more control over search on Samsung handsets globally. Samsung is the largest smartphone maker in the world, selling close to 300 million phones last year. Google’s Android is already the underlying operating system on Galaxy devices, but a potential deal would promote Google’s digital assistant and Play Store for apps on those devices, details from a person briefed on the matter show.

That would provide the U.S. internet giant with more valuable daily access to Samsung users and would mean the Korean company’s own mobile services, such as the Bixby digital assistant, are less integrated on its own devices, according to the correspondence. The move would be a capitulation for Samsung, but the drop in demand for mobile devices during the Covid-19 pandemic has intensified the company’s need for revenue and weakened its negotiating position with a key partner.

Read more: Smartphone Shipments Projected to Fall a Record 12% in 2020

“Like all Android device makers, Samsung is free to create its own app store and digital assistant,” a Google spokesperson said in an emailed statement. “That’s one of the great features of the Android platform. And while we regularly talk with partners about ways to improve the user experience, we have no plans to change that.”

“Samsung remains committed to our own ecosystem and services,” said a Samsung spokesperson. “At the same time, Samsung closely works with Google and other partners to offer the best mobile experiences for our users.”

Samsung won’t be giving up this valuable digital real estate for free. Terms of a potential deal could not be confirmed. However, Google pays billions of dollars each year to be the default search engine on the iPhone’s Safari web browser and other Apple Inc. devices.

Google and Samsung have a tense but successful partnership through Android, Google’s mobile operating system. The web giant provides the basic software for free, but has previously required hardware makers to pre-install its Play app store and suite of commercial products like Search, Chrome and YouTube. In return, Google sometimes agrees to share advertising revenue with the manufacturers.

Samsung has tried to develop its own services for its smartphones, including an Android alternative that was initially called Bada OS and later merged with other unsuccessful mobile software into the Tizen project. Samsung’s Google Assistant rival, Bixby, has also met with little positive reception. The company has over the years trimmed the overlapping apps and services on its handsets, but it still has a few vestiges of prior efforts to more actively take on Google’s apps suite.

Samsung shipped 58 million smartphones in the first quarter, according to researcher IDC. While that led all manufacturers, the Covid-19 pandemic has hammered handset sales, leaving the company relying on other sources of revenue.

Deal talks are happening in the midst of antitrust investigations into Google. The company’s Play Store is one of several services at the center of this scrutiny. Beyond China, Google and Apple control how most mobile app developers reach consumers, and the tech giants take a cut of as much as 30% on many sales through their digital marketplaces. Samsung’s deal with Google may give the U.S. company even more power over developers.

Sundar Pichai, Google’s chief executive officer, and Tim Cook, Apple’s CEO, are set testify to a U.S. congressional antitrust panel on Wednesday, along with the leaders of Facebook Inc. and Amazon.com Inc.