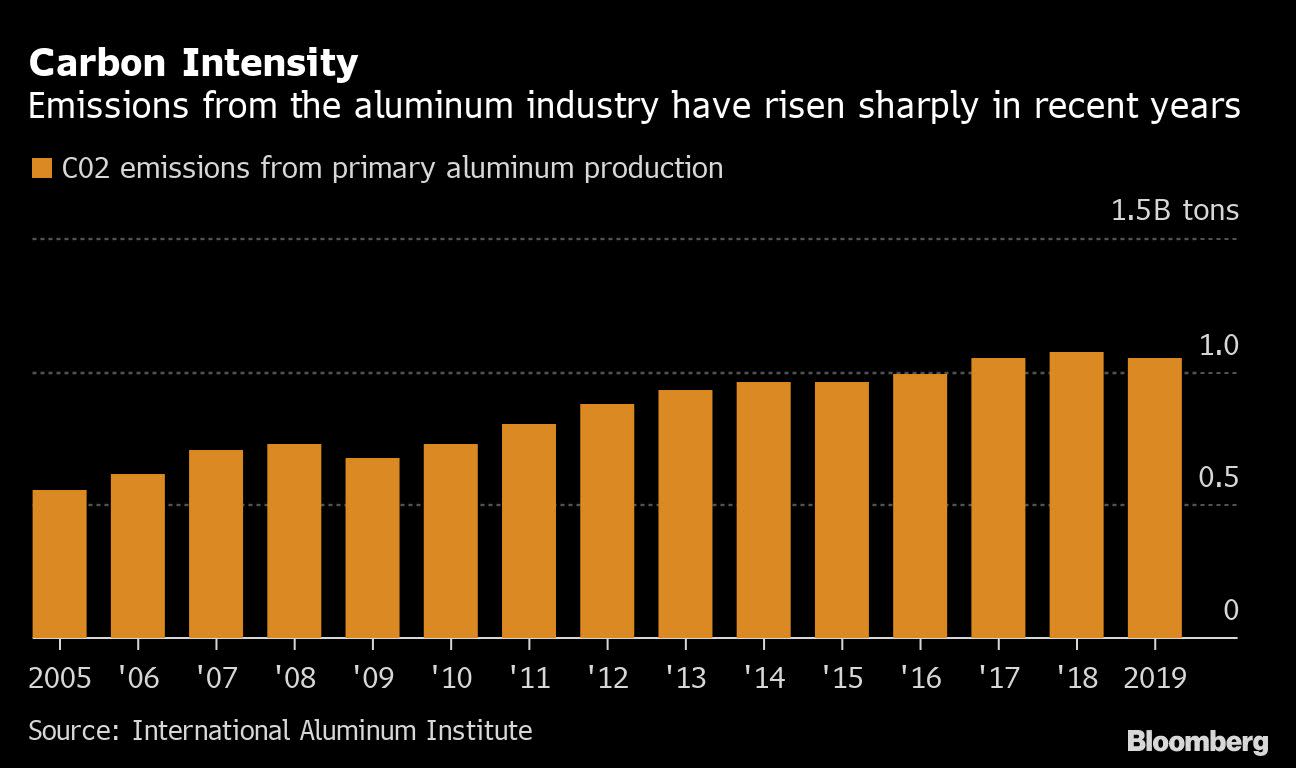 (Bloomberg) — With roughly half of the aluminum industry losing money, some producers may wish privately that they were making something else. According to analysts at UBS Group AG, that might actually be a good idea.

Pound for pound, aluminum is the most energy-intensive industrial metal. While most producers use fossil fuels to power the process of smelting, a handful of companies use hydropower instead to manufacture what they market as “green” aluminum. That group might better boost their environmental credentials and help cut excess industry capacity by shutting down aluminum smelters and switching into hydrogen production instead, UBS analyst Daniel Major said in an emailed note.

“Aluminium smelting is the most energy-intensive large-scale process in the metals and mining sector,” Major said. “Could this green electricity be better used to produce hydrogen in the future?”

He might be on to something. En+ Group International PJSC, one of the low-carbon producers, is committed to keep making green aluminum, but expanding power-generation capacity to serve growing hydrogen demand could also be an option, said Executive Chairman Greg Barker.

“This is not an ‘either/or’ situation,” Barker said in an emailed statement. The company’s commitment to green aluminum “should not prevent us, if a successful economic case can be made, from further expanding our hydro-plant capacity in the future to cater for demand for hydrogen in other markets,” he said.

While hydropower gives so-called green aluminum producers a cost advantage, many are still struggling to turn a profit as the coronavirus batters prices and order books. Rio Tinto Group, one of the world’s top suppliers, this month decided to close its New Zealand business, citing energy costs that made the smelter unprofitable. It’s also threatening to close its plants in Iceland unless it can get a better power deal.

Meanwhile, as the world looks to turn its back on fossil fuels, the idea that hydrogen could provide a viable alternative is quickly gaining traction. Hydrogen can be stored like fossil fuels, but burns to produce only water. In markets like Europe, investment in hydrogen-based power is set to surge as the bloc unleashes an unprecedented green stimulus package.

Green hydrogen, in which renewable energy is used to produce hydrogen by splitting water, is not a yet a commercially viable solution. However, Germany’s stimulus plan announced last month envisions spending 9 billion euros ($10.5 billion) through 2040 to build 15 gigawatts of clean hydrogen capacity. Its inclusion was viewed as a nod to the more visionary aspiration of the budget, coming with the proclamation to make Germany the “world’s supplier of the technology.”