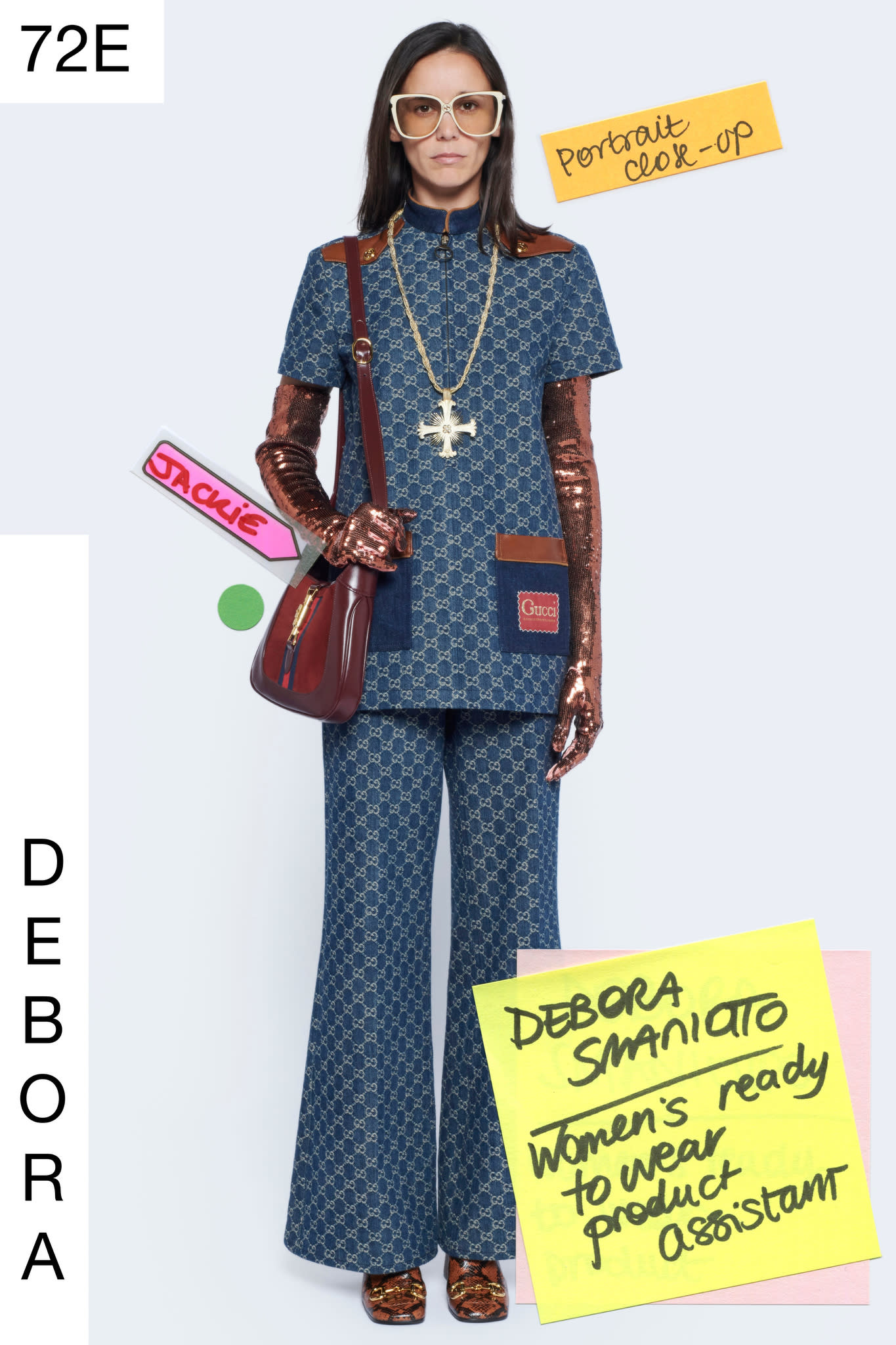 MILAN — Since taking on the the creative director role at Gucci five years ago, Alessandro Michele has indulged in elaborate set designs for his shows: remember the surgical green operating room for fall 2018?

The designer did not let the pandemic rein in his creativity, and the decision to opt for a 12-hour livestreaming on July 17, the last day of Milan digital fashion week, also succeeded in drawing attention to the brand and the collection. On Friday, Gucci revealed that the Epilogue livestreaming reached more than 35.2 million views globally. This is the brand’s most viewed digital event ever.

“Even before COVID-19 we firmly believed in the blending of digital technology and the one-to-one human touch as a differentiating factor in the way we engage with the Gucci community,” Marco Bizzarri, president and chief executive officer of Gucci, told WWD. “Technology and social media platforms aren’t simply tools; they represent a form of expression, a way to create meaning and open up our world, the world of Alessandro’s imagination, to a global audience. This is even truer in the post-COVID-19 world and for Gucci we believe in this approach now more than ever.”

The Epilogue 12-hour livestreaming and narrative feature, broadcast from 8 a.m. CEST on gucci.com, YouTube, Twitter, Weibo and the Gucci app and from noon on Gucci’s Facebook page, allowed viewers to observe Michele’s team of designers being prepped to shoot a new advertising campaign, wearing the Epilogue collection, which is what would have traditionally been called cruise. The narrative feature was broadcast at 2 p.m. CEST on gucci.com, YouTube, Twitter, Instagram, Facebook, Weibo, the Gucci app and on the Camera Nazionale della Moda Italiana official channels.

“You have seen how in this spirit Alessandro has revealed in an entirely open, transparent and authentic way the process of fashion through his Epilogue to simply tell the world: this is who we are,” continued Bizzarri. “This is our truth. Since Day One at Gucci I believed in ideas; blending digital and human emotion and creativity is and will remain our way at Gucci.”

In addition, in line with Gucci’s carbon-neutral approach, all CO2 emissions from the digital streaming have been measured and will be offset in relation to energy consumption of the web sites and social platforms. This data was measured by a third party and counted starting from the number of views for each web site/platform.

Epilogue was not only carbon-neutral, but also certified against ISO 20121, which defines the sustainability of an event taking into consideration its environmental, social and economic aspects.

Starting from the spring 2020 show, Gucci’s physical shows were the first ones internationally to be ISO 20121 certified. Gucci has extended this certification to include not only fashion shows, but also the presentations of the collections through digital events, and the sustainable management of future advertising campaigns.

The Epilogue livestreaming and the campaign were staged at the Palazzo Sacchetti in Rome, and images of the look book fronted by the design team wearing the Epilogue collection were superimposed on the Palazzo’s background during Michele’s narrative, each image bearing the name and job title of the designer, with makeup or styling details. On-set production included plastic-free catering and compostable packaging, as well as best practices related to on-site waste management sorting and recycling.

In September, Gucci and parent group Kering revealed they were committing to becoming carbon neutral across the board and throughout their entire supply chain, reducing emissions and translating the remaining annual emissions into protecting biodiversity and critical forest through nature-based offsetting projects around the world.

According to the study, on social media alone, including Facebook, Instagram, Twitter, YouTube and Weibo, posts connected to Milan digital fashion week and marked by the dedicated hashtag or by #MFW had the most significant reach, with more than 105 million users, almost tenfold compared to London and Paris fashion weeks, for an EMV of 3.43 million euros.