How to Tell If Your Apps Are Spying on You 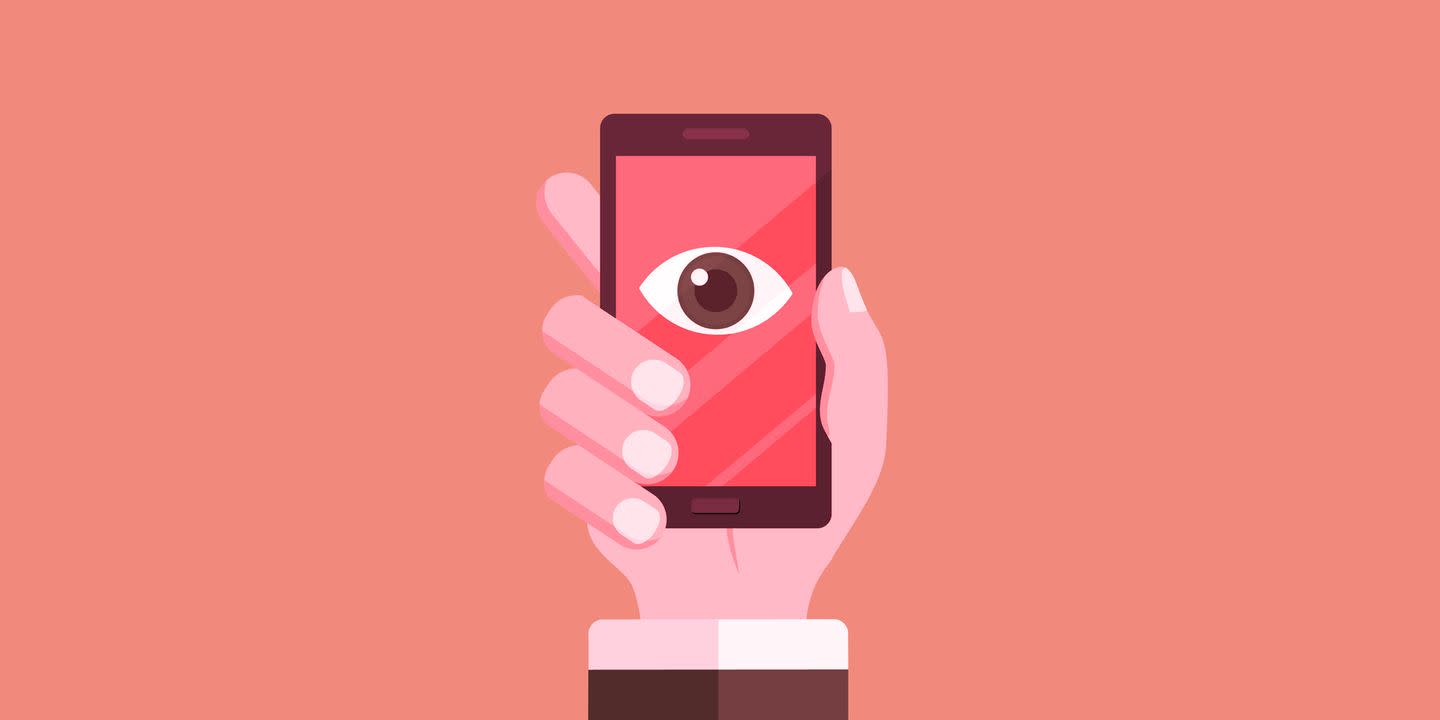 If you’ve Zoomed at all over the last four-plus months, you’re certainly familiar with that pop-up box that requests permission to use your device’s microphone or camera. How else are you supposed to see or hear the person on the other line?

But there can be a more sinister side to these permissions: Some apps don’t bother asking for your consent at all, turning your device into a pocket spy, loaded with cameras and microphones at the ready.

Back in 2018, for example, over 250 apps across the App Store and Google Play market were listening in for background audio through smartphone microphones, allowing the apps to figure out what you watch or listen to in order to serve up better targeted advertisements. And then, of course, there’s the long-standing conspiracy theory that our smartphones are actively eavesdropping on us.

The good news: You can take a few simple precautions to always maintain your privacy and ward off any watchful apps. The following tips just take a few seconds to complete.

Strategy #1: Figure out which apps already have permission to use your camera and microphone.

This is a pretty quick exercise in personal security, and it might actually surprise you. For example, when I checked out which apps have permission to use the microphone on my Google Pixel 3a, I found out 16 out of 52 possible apps had access.

While none of the apps that already have permission really surprised me—Android Auto, the native camera app, and Google Duo were among the culprits—some of the apps that I denied, but could have given permissions to, were alarming. Why would I really want to give up those privileges to the American Eagle app, or the HelloFresh app, for example?

⚠️ To figure out which apps have permission to use your microphone or camera:

Settings > Apps & Notifications > Scroll down and click Advanced > Permission Manager > Select which settings you’d like to examine, from call logs, to camera permissions, to microphone permissions > Once you’re under a category, you can click on any of the apps to toggle the permission to Allow or Deny.

Settings > Privacy > select Microphone or Camera, depending on which you’d like check up on > toggle permission on/off for certain apps.

To be clear, I’m not saying these apps are inherently malicious—just that they’re asking for permission to use tools that can garner the most data possible. You should be wary of these things. When going through your list of apps that have permission to the microphone or camera, ask yourself a few basic questions:

📲 Do I actually record or post videos or images with this app? What about listening to playback audio or recording audio? If none of these things apply, don’t give the app access to the camera or microphone.

📲 Can I wait to turn permissions on until I need them? If it’s your native camera app, you’ll probably want permissions turned on at all times so you never miss the shot. But if it’s something like WhatsApp, consider turning off all permissions to the camera until you actually need it.

📲 Do I know how the app developer will use any data collected through my microphone or camera? Read the app’s privacy policy and terms of service, and you may be surprised at what you find. For example, TikTok has recently come under fire for collecting massive amounts of user data, even though the app does list all of its data collection policies in its privacy notice.

Strategy #2: Download an app that can track when your camera or microphone are in use.

If you’re an Apple user, you’ll soon have the latest privacy features for monitoring on-device microphone and camera use right in your iPhone’s operating system.

With the forthcoming iOS 14 update, Apple is introducing a new feature called a recording indicator, which will let you know when any of your apps—even the ones running in the background—are using the microphone or camera. This will show up as a little orange dot on the top right-hand side of the screen, right next to the symbols for WiFi and cellular data signal.

The Control Center will also feature a function that will let you see which apps have recently used your camera or microphone, which is nice because it serves as a backup. That way, you don’t have to be vigilantly staring at the corner of your iPhone, searching for a little glowing dot.

If you’re an Android user, you can use an called Access Dots, which essentially does the exact same thing as the new iOS 14 feature. (The developers don’t shy away from that in the app’s description on the Google Play market.)

🕳 Want more reliable, easy-to-understand guides to your digital world? Follow us down the rabbit hole. 🕳

Access Dots uses the same style of indicators as iOS 14—just a few pixels in the corner, which illuminate like a dot—to let you know when third-party apps are using either the microphone or the camera. It even works on your device’s lock screen. In true Android fashion, you can even go into the app’s settings to customize how the dot will show up on your display.

Strategy #3: Grab some hardware to protect yourself, just in case.

If you’re still feeling insecure about how apps are using your smartphone’s built-in sensors, there are plenty of ways that you can physically intervene by blocking out their functionality.

If you’re paranoid that your front-facing camera is going to spontaneously turn on, slap on a vinyl sticker to cover up the front and back cameras until you’re ready to use them. (Then, just peel them off.) These covers are better than regular stickers because they don’t leave behind a sticky residue.

You can also purchase a small hardshell cover that uses a sliding mechanism to cover and uncover the camera. These are best for the front-facing selfie camera and for smartphones with only one lens on the back. (Imagine putting sliding covers over the spider eye-like triple camera array on the iPhone 11 Pro … it’s just not happening).

As for the microphone, you can purchase special blockers that use a 3.5-millimeter headphone jack to block the port. These basically work the same way as any regular pair of wired headphones, so you can actually DIY a microphone blocker by cutting off the end of the earbuds and inserting it in the audio jack.

But you’ll still have to pull the blocker out every time you actually want to use the microphone. To get past that, buy a microphone blocker that also features a passthrough option to plug your headphones into the blocker device. If you have Bluetooth earbuds, like AirPods, this shouldn’t be an issue at all.