I fell in love with a tiny, 2 TB SSD drive 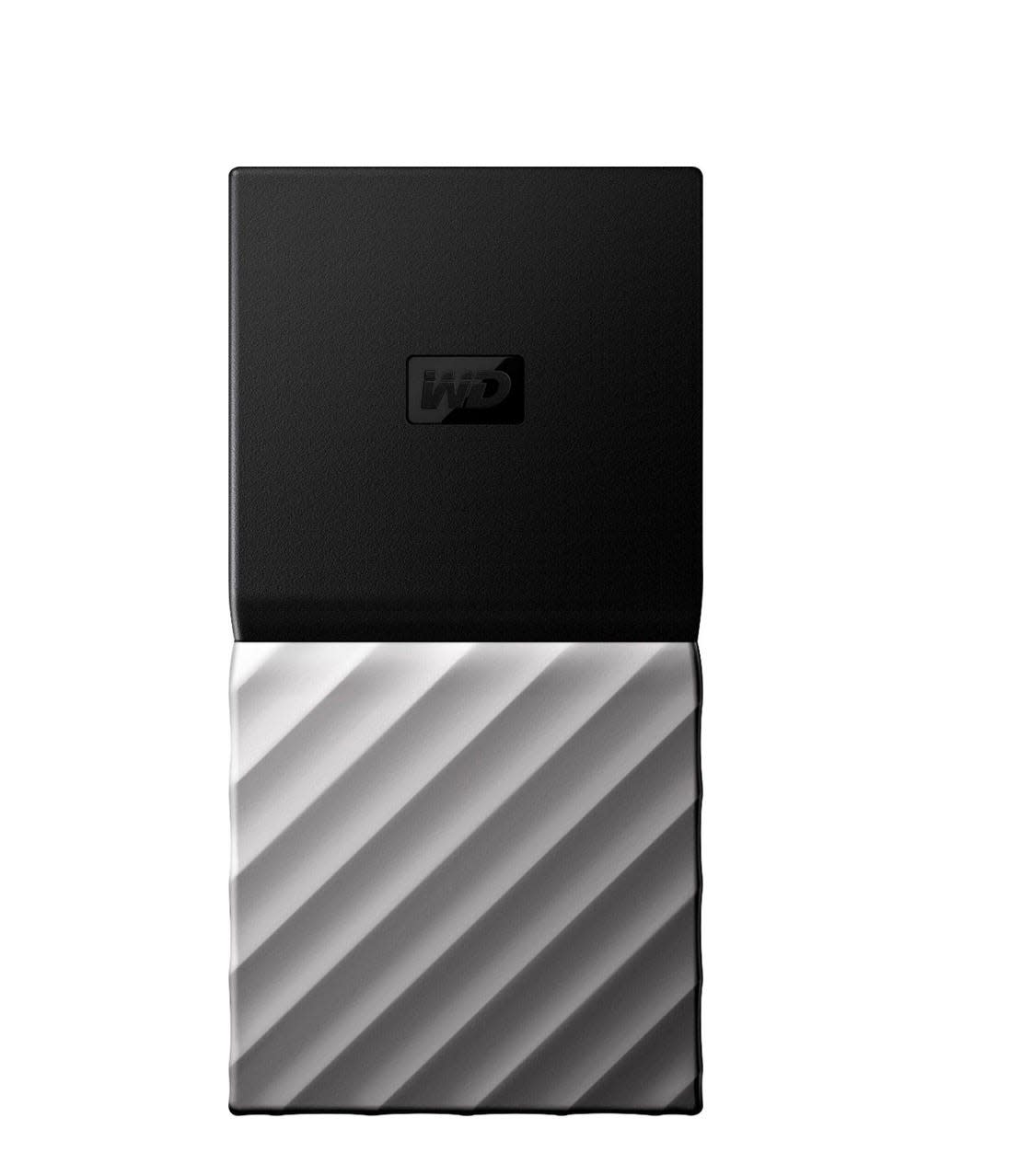 This week I remembered what it was like to fall in love again.

With a new tech gadget.

This is a tech column, so you would expect us to fall in love a lot. Except that it hasn’t happened often this year. Okay, the new DJI Mavic Air II drone, and repurposing the GoPro Hero 8 as a webcam jump to the top of the list, but both take a backseat to the life changes brought upon by my new tiny, and so far reliable hard drive.

And it’s the SSD that makes it so special. A Solid State Drive with no moving parts. And at half the size of my iPhone, it could easily fit in my pocket. It only costs $300.

I say “only,” in that SSD drives were selling at way higher prices than traditional platter drives just a few years ago without much space. A similar drive from Western Digital sold for $400 just 3 years ago, but with half the amount of storage.

In a world where we’re taking high resolution photos and videos on our phones, with a paltry amount of space, backup is crucial. Many look to online storage, as it’s the safest method available—I trust Amazon, Google and Apple’s multiple machines better than my desktop machines, but they’re costly when you have lots of data, like I do. (37 TBs in my house, thanks for asking.)

Google and Apple charge $9.99 to rent 2 TBs worth of space on their servers monthly, or $120 yearly.

The beauty of this 2 TB drive for me is using it as a work drive. Because I’m pushing through thousands of photos, and hundreds of gigabytes of video footage all the time, I need a drive I can work with for processing. For video especially, when you’re dealing with state-of-the-art 4K resolution footage, the video editing timeline comes to a crawl when working with clips of that size.

Once I moved them to the SSD drive — night and day. Everything started zipping along at the speed they’re supposed to.

WD advertises the read speed as 540 MB/s but declined to give us a comparable read speed for its traditional platter hard drives. However, online reviews peg this at between 175 MB/s to 190 MB/s.

The good news is way more storage space, zippy speed and affordable price points. You can get way more storage with a traditional external drive, and lower prices, by the way. WD’s 12 TB My Book is $257, for instance.

But platter drives have two big drawbacks. They’re way less reliable than SSD drives, because of the moving parts, and they’re really noisy. The parts grind and sing to the point where I have them on my desk covered with a towel to muffle the sound.

(Listen to the companion podcast here to hear for yourself.)

The SSD drive: no noise. A joy for my ears.

The number of manufacturers who sell external SSD drives are few. Samsung and WD owned SanDisk are the most prominent of a handful of manufacturers offering them, at prices ranging from $167 for SanDisk’s 1 TB to $392 for Samsung’s 2 TB.

I haven’t tried them all, so I can’t recommend one over the other. I did stumble onto the WD drives after they read a tweet of mine complaining that I had run out of room on my current drive setup. (I have 10 drives on my desk and multiple TBs backed up on Google One and Amazon.)

WD sent me the 12 and 20 TB drives to check out, and when I complained of the excessive noise (when backing up files), which they said was normal, they sent over the 2 TB SanDisk as an alternative. By this time, I had already purchased the WD model.

The SanDisk is just as portable and tiny, if not a little speedier. The advertised read speed is 550 MB/s, a hair faster than the WD version.

Meanwhile, I dealt with my storage problem by consolidating media and moving them from drives to drives. It’s under control now. I also put as many of the files as possible  onto online backup.

So it will be a short, but hopefully fruitful union. But since I backup everything twice, if not more, I look forward to reporting back to you in 2024 with tales of my new 10 TB, and ultra quiet SSD drive.

This article originally appeared on USA TODAY: For backup, I fell in love with a 2 TB SSD hard drive. No moving parts