Is Apple a Buy After Big EU Tax Win? 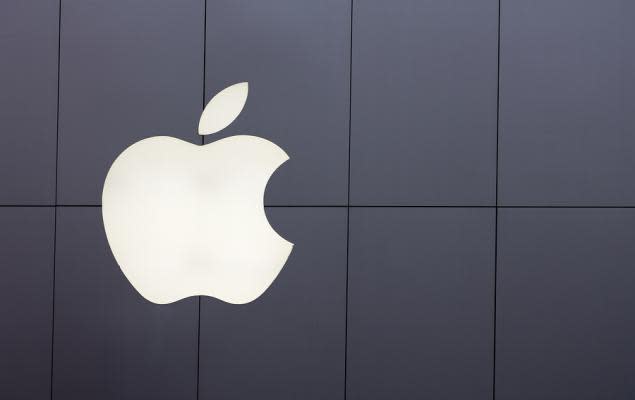 Apple AAPL is not expected to report its third quarter results until early next month but positive news flow is keeping the shares buoyant.

And that news flow includes the overturning of a tough order by the European Commission back in 2016 to cough up nearly $14 billion in back-taxes for what it called illegal state aid.

For those who aren’t familiar with the story, Ireland had a lenient tax structure that attracted many U.S. digital companies to establish their European headquarters there. This allowed them to keep taxes on their European income at a minimum (1% in Apple’s case, according to the EC) while they waited for an opportune time to repatriate the cash to the U.S. The law has since been changed because it was deemed unfair for local competitors who were subject to full taxes.

But both Apple and Ireland appealed the ruling in September 2019 although Apple paid the amount into an escrow account in the hopes of recovering it in case it won.

What’s significant about the decision is the EU General Court finding errors in calculation, sufficient to disprove the allegation that Apple received unfair advantages and that its Irish branches were at all responsible for the profit it made in Europe.

This means that any appeal by the EU would be tougher to enforce and likely involve a much smaller amount. While Apple is now saying that it always intended to bring the cash back for taxation in the U.S., the fact remains that this wasn’t done until taxes were lowered. And in the meantime, it continued to enjoy advantages.

Moreover, the EU disputes the fairness of bringing cash back for taxation in the U.S. because it wants its share. European countries are likely to legislate on this until the U.S. stops opposing the global tax system that could split revenue between the U.S. and the countries where profit is generated. The EU is also looking to frame new rules (including on taxes) for “gatekeeper” platforms like Apple and Alphabet GOOGL that provide the platform on which many digital companies operate. Facebook FB, Amazon AMZN and many others are also on the radar.

So did Apple have a very good win? Absolutely. Does this mean it’s the end of its regulatory problems in the EU? Of course not.

Her story is mainly about Apple aggregating 950 million of “the wealthiest consumers globally”, making for the most robust ecosystem. The analyst says that Apple gains in two ways: first from the growth in the installed base (this was 1.5 billion devices in Jan 2020, up from 1.4 billion devices a year ago); and second, by successfully adding additional services and wearables that these users can continue to buy over their lifetimes. Since services generate higher margins than hardware, this will increase profitability (the $26 billion in services and 39 billion in ancillary products sold in the 6 months to June 26 added 80% to iPhone revenue).

Mohan took his target from the current level of $390 to $410 (up 5.1%). He raised it from $340 to $390 about a month back citing increased penetration of the installed base, cash position and capital returns.

With the most recent increase, he’s citing 5G iPhones as a catalyst (“old models primarily iPhone 8, 7, and 6S are still widely in use and should continue to support future upgrades cycles”), low regulatory risk, passive cash inflows (through services, app store, which grew 30% in the fiscal third quarter), brand value and dividend income for investors. He expects services revenue to grow 20% in the June quarter, 18% in fiscal 2020, 17% in 2021 and 15% in 2022.

Moreover, he said, “Our ongoing global survey of smartphone users in the US, UK, China and India suggest that iPhone remains the ‘stickiest’ smart phone brand.”

It isn’t just positive news flow that makes me so optimistic about Apple. This is one company that is seeing continued upward revision in estimates. So over the last seven days, we see the Zacks Consensus Estimate for the June quarter jumping 3 cents (1.5%). 2020 and 2021 estimates are also up a respective 3 cents and 9 cents. T

he surprise history is also positive, with Apple topping estimates in each of the preceding four quarters at an average rate of 10.6%. Moreover, while increased uncertainties may have limited share price appreciation after the last earnings surprise, shares have always moved up in response to earnings.

These factors in combination (along with the very secure dividend) are likely driving Apple’s VGM (value-growth-momentum) score of B. The only thing holding back the Buy rec is the valuation, which is at its one-year high, just like the S&P 500.

The biotech sector is projected to surge beyond $775 billion by 2024 as scientists develop treatments for thousands of diseases. They’re also finding ways to edit the human genome to literally erase our vulnerability to these diseases.

Zacks has just released Century of Biology: 7 Biotech Stocks to Buy Right Now to help investors profit from 7 stocks poised for outperformance. Our recent biotech recommendations have produced gains of +50%, +83% and +164% in as little as 2 months. The stocks in this report could perform even better.