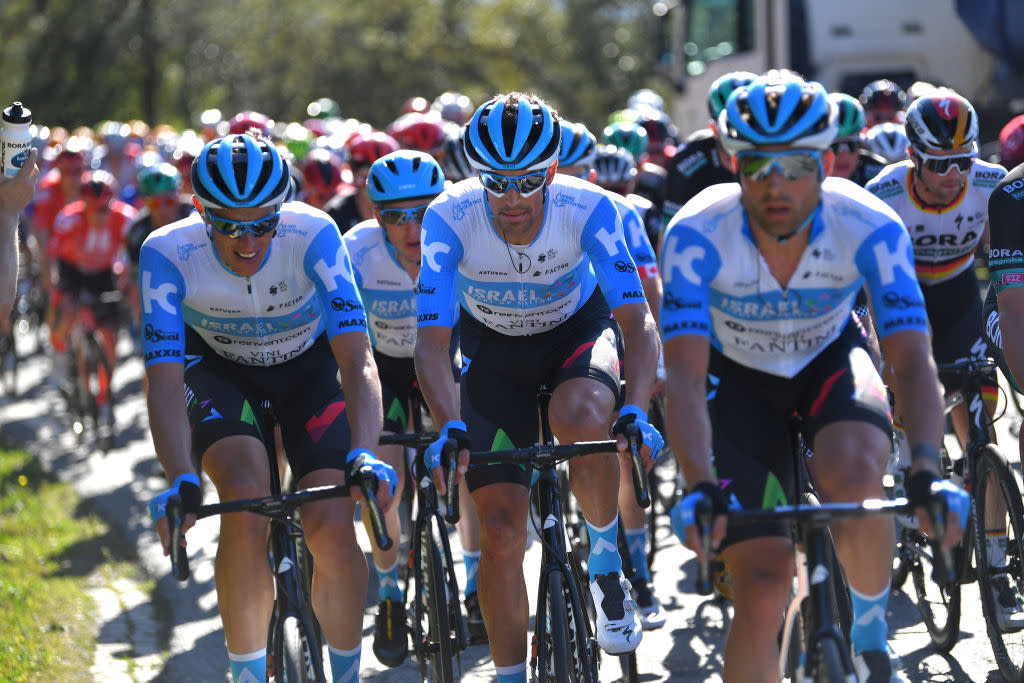 Israel Start-Up Nation have confirmed they will return to racing in July, having been added to the line-up for the Sibiu Tour in Romania.

Fellow WorldTour outfit CCC Team were also announced on the bill by the race organisers this weekend but the team have since told Cyclingnews that their participation is not yet confirmed.

Having already drawn up a revised schedule of WorldTour events, starting in August, the UCI earlier this week updated the 2020 calendar to include a number of lower-level races.

The Sibiu Tour, a four-stage race with a 2.1 classification – the third tier – will take place from July 2-5, meaning it will be the first UCI-sanctioned race since Paris-Nice in March.

Following the news, Israel Start-Up Nation have jumped at the prospect of resuming racing at the earliest opportunity, and are set to become the first WorldTour team to compete in the Romanian race.

Israel Start-Up Nation, who rode the Sibiu Tour in 2016 when they were a third-division squad, will continue to race in July at the four-stage Dokola Mazowza in Poland and the Vuelta a Burgos, although organisers of the latter have yet to confirm the race will take place.

“It’s great for the riders and the team to have a few races to look forward to during July,” said team manager Kjell Carlstrom.

“There we can make sure that we are on the right track with everything regarding a safe restart of the race calendar. We will be racing with mixed teams – ISN WorldTour team and our Continental Israel Cycling Academy team – and will make sure that all our protocols are working well.”

Israel Start-Up Nation have also pencilled in their full 2020 calendar, continuing with the resumption of WorldTour racing at Strade Bianche on August 1 and including a Tour de France debut on August 29.

While the team management, who recently organised the first mid-pandemic training camp, were upbeat about the return to racing, sprinter André Greipel struck a note of caution.

“I am still doing groceries with a face mask, people are still dying of corona, and therefore it sometimes feels a little strange that we are thinking about racing again,” said the veteran German.

“Nobody knows if the virus will spread again, and I think we should not force racing if it is unsafe. However, if the race season restarts, I will be ready. That’s for sure.”