Mark Zuckerberg kicked off his testimony during the big tech antitrust hearing by suggesting Apple, Amazon, Google, and TikTok may be bigger threats than Facebook 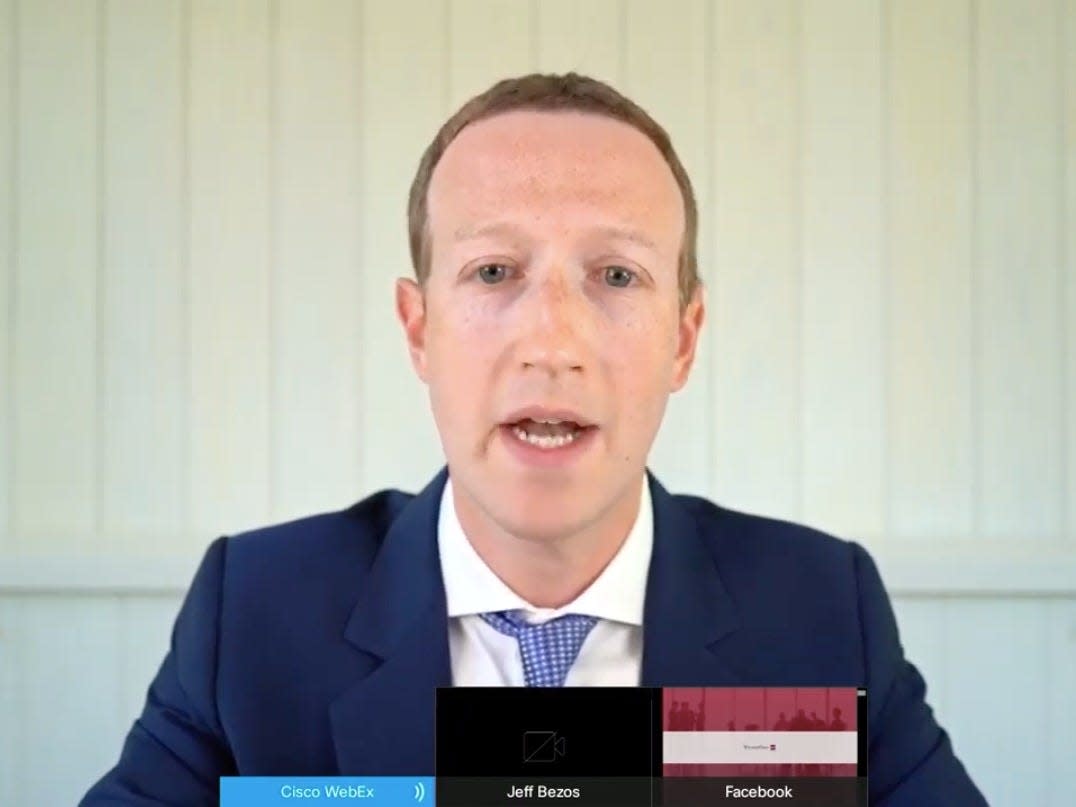 Facebook CEO Mark Zuckerberg began Wednesday’s unprecedented antitrust hearing by pointing to the success of rivals like Apple, Google, and TikTok as part of an argument that competition is alive and well in the tech industry.

“The most popular messaging service in the US is iMessage,” Zuckerberg said in his opening remarks, referring to Apple’s texting service. “The fastest-growing app is TikTok. The most popular app for video is YouTube. The fastest growing ads platform is Amazon. The largest ads platform is Google. And for every dollar spent on advertising in the US, less than 10 cents is spent with us.”

Zuckerberg appeared alongside Amazon CEO Jeff Bezos, Apple CEO Tim Cook, and Google CEO Sundar Pichai to testify before Congress as part of an investigation into whether these large tech platforms are engaging in anticompetitive practices.

The remarks from Zuckerberg pointing to the success of other large tech companies come as the social media giant is scrutinized for its acquisitions of other social apps like WhatsApp, Instagram, and Giphy.

During the hearing, Rep. Jerry Nadler, a New York Democrat, pressed Zuckerberg about Facebook’s acquisition of Instagram back in 2012 — citing emails published by The Verge of Facebook leadership saying that the acquisition could serve to neutralize a competitor.

Zuckerberg is also framing large tech firms like Apple and Google as its main competition as questions have risen about whether its reach and distribution make it a rival to smaller news organizations as well. Facebook executives have repeatedly indicated that it does not see itself as the “arbiter of truth.”

But at the same time, Facebook lawyers argued in court in 2018 that the company’s decisions about content should be treated like that of a traditional publisher. It has also added new features in recent years that put it in more direct competition with news publishers, and a Pew Research study found that four in 10 US adults get their news from Facebook.