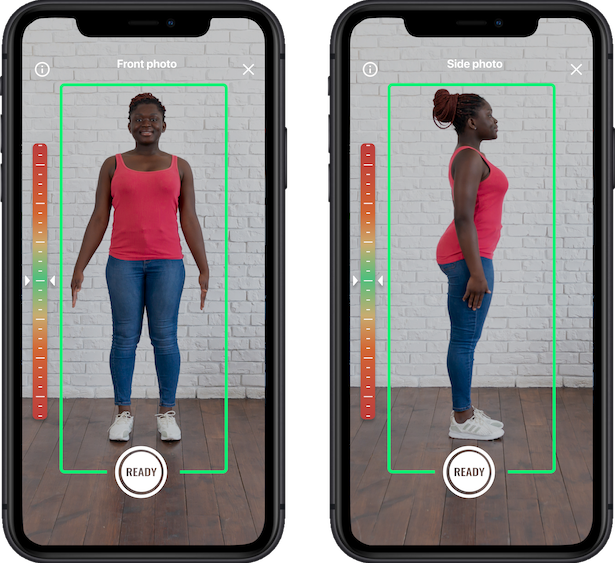 It took a pandemic, but fashion and retail may be ready to put technology to work in the realm of fit.

Vadim Rogovskiy, co-founder and chief executive of 3DLook, started the company in 2018. He envisioned it first as a “passport” of one’s personal body data, but soon decided to focus it as a mobile based tech offering for quick consumer body scanning aimed at apparel manufacturers, which could use it to actually make apparel based on the real sizes of customers.

But even winning last year’s LVMH Innovation Award at VivaTech Paris, which helped with exposure for the company, didn’t do as much for its business as the coronavirus pandemic.

“We’ve seen a big surge in demand from uniform manufacturers and fashion retailers, because it’s critical now for them to provide recommendations in a contactless way, so people don’t have to go into a fitting room,” Rogovskiy said, speaking from Odessa, Ukraine. He returned at the start of the pandemic this spring from New York to Ukraine, where 3DLook’s operations and tech team are based.

Beginning in April, inbound requests for the fit tech were so many, Rogovskiy said, that he had to pull together a quick round of pre-Series A financing of $1 million. The investment was led by ICU Ventures, also based in Ukraine. But model Natalia Vodianova is another investor in the round, and was one of the company’s first angel investors last year. Later this year, Rogovskiy said he plans to start working the VC circuit for a true Series A round with a goal of raising $10 million by the first quarter of next year.

The 3DLook tech for mobile body scanning and fitting, which only requires a person to submit two photos (front and side, dressed in single layer clothing, automatically anonymized) to scan for the complete measurements, is set to soon roll out in more than 1,000 stores of a “major multi-billion dollar retailer” in the U.S. But Rogovskiy is unable to reveal the name of the company at this time.

As for Vodianova, who was introduced to Rogovskiy by her business partner Timon Afinsky, (although she is also the romantic partner of Antoine Arnault, an LVMH Moët Hennessy Louis Vuitton executive and the son of LVMH titan Bernard Arnault), her investment is based on what she called 3DLook’s “technological superiority and real magic of simplicity.”

When she first had her due diligence team “look under the hood” of the company, “they were still confident that the idea and the offer was too crazy to be true, yet, now they knew it was actually working and doing exactly what 3DLook was promising.”

And she sees this kind of fit tech for fashion being something that’s a long time coming.

“The fashion industry is one of the most conservative and not-disruptive,” Vodianova said, noting that the standard production cycle can take years. “Everything changed in the last few months because of the pandemic.”

Given the fast pace of adaptive change driven by the pandemic, Vodianova plans to keep investing in tech-driven companies. She also is advising and has invested in Wannaby, an AR app that lets people try on sneakers virtually, as well as Voir, an app that allows virtual makeup try-on.

“Today,” Vodianova said, “is the most exciting time to invest in startups in the fashion and beauty space.”