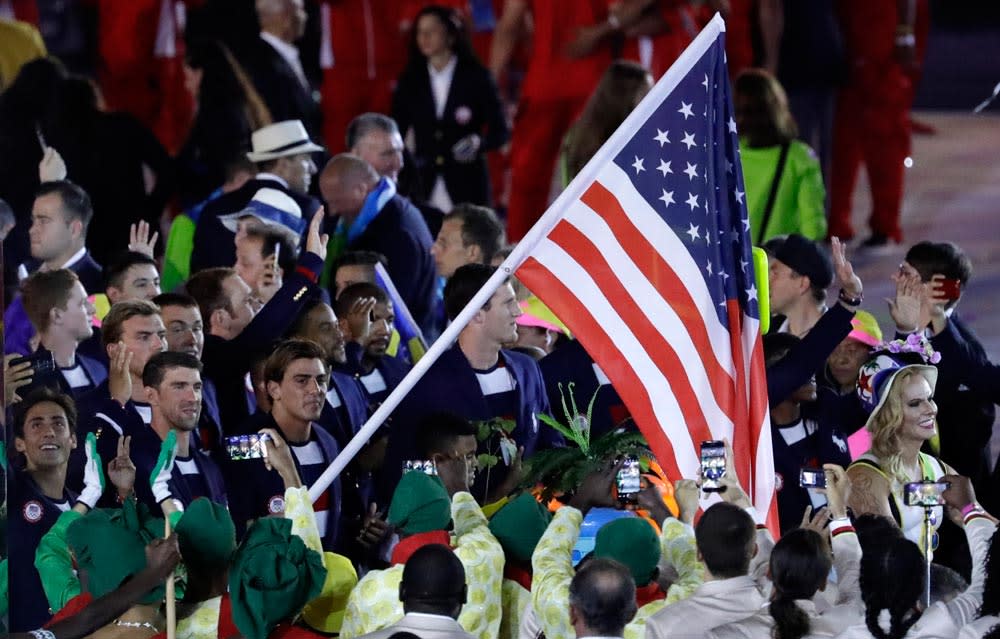 What do Elton John, the Rolling Stones, Lionel Richie, Courtney Love, Panic! at the Disco, Pearl Jam, Sia, Aerosmith, Lorde and Linkin Park have in common? Among probably many other things, one definite is a desire for politicians to keep their grubby hands off their music. (Unless, perhaps, they ask nicely.)

Those and dozens of other artists have put their signatures to an open letter from the Artist Rights Alliance, addressed to to the Democratic and Republican national, congressional and senatorial committees, asking all parties to put an end to appropriating popular songs for political purposes without authorization.

“No politician benefits from forcing a popular artist to publicly disown and reject them,” reads the letter. “Yet these unnecessary controversies inevitably draw even the most reluctant or apolitical artists off the sidelines, compelling them to explain the ways they disagree with candidates wrongfully using their music. And on social media and in the culture at large, it’s the politicians that typically end up on the wrong side of those stories.”

Others adding their signatures to the letter include Green Day, R.E.M., Sheryl Crow, T Bone Burnett, the Kurt Cobain estate, Blondie, Jason Isbell, Elvis Costello, Rosanne Cash and Lykke Li. Mick Jagger and Keith Richards signed individually. Steven Tyler is on board as a signatory both under his own name and Aerosmith’s.

“It an issue that has come up in previous election cycles,” Ted Kalo, the executive director of the Artists Rights Alliance, tells Variety, “but has happened with much greater frequency in this cycle, and that caught our attention. At a time when Americans are joining together to stand up for their rights and demand more of politicians and big institutions, the energy to just not take it anymore was overwhelming. Rather than only taking this on piecemeal, we felt it was time to confront this problem in numbers with a simple request: Ask and receive permission first.”

The issue has been a hot-button topic of late, with artists no longer thinking that throwing up their hands is the most they can do when it comes to stopping their music from being played at campaign rallies and in political videos. The Rolling Stones have been working with both ASCAP and BMI to point out that political usages require a separate license than normal venue permissions, and Neil Young just this week threatened to sue the president if he continues to use his songs at campaign events.

Kalo says that ARA staff and the ARA board drafted the letter, “consulting with experienced managers and industry lawyers who have been following this issue for years.  Manager and lawyer Bertis Downs has a longstanding interest in this issue and was instrumental in providing us feedback.”

He adds, “Rosanne (Cash) is a tireless advocate and helped with this, as did other members of the ARA Board.  R.E.M. was the earliest outside of the ARA membership to sign on – their involvement in anything sends a signal of an issue’s importance. A network of industry managers spread the word to artists. This issue, approach and timing resonated and it just snowballed.

“Artists have never been more aware of their rights and the need to stand up for one another and stand together.,” Kalo says. “This letter is a tap on the shoulder, asking campaigns to do the right thing. If that tap on the shoulder fails to get campaigns’ attention, I have no doubt that response will be met with a considerable increase in outrage and concerted activism.”

Below, the letter in full:

As artists, activists, and citizens, we ask you to pledge that all candidates you support will seek consent from featured recording artists and songwriters before using their music in campaign and political settings. This is the only way to effectively protect your candidates from legal risk, unnecessary public controversy, and the moral quagmire that comes from falsely claiming or implying an artist’s support or distorting an artists’ expression in such a high stakes public way.

This is not a new problem. Or a partisan one. Every election cycle brings stories of artists and songwriters frustrated to find their work being used in settings that suggest endorsement or support of political candidates without their permission or consent.

Being dragged unwillingly into politics in this way can compromise an artist’s personal values while disappointing and alienating fans – with great moral and economic cost. For artists that do choose to engage politically in campaigns or other contexts, this kind of unauthorized public use confuses their message and undermines their effectiveness. Music tells powerful stories and drives emotional connection and engagement – that’s why campaigns use it, after all! But doing so without permission siphons away that value.

The legal risks are clear. Campaign uses of music can violate federal and (in some cases) state copyrights in both sound recordings and musical compositions. Depending on the technology used to copy and broadcast these works, multiple exclusive copyrights, including both performance and reproduction, could be infringed. In addition, these uses impact creators’ rights of publicity and branding, potentially creating exposure for trademark infringement, dilution, or tarnishment under the Lanham Act and giving rise to claims for false endorsement, conversion, and other common law and statutory torts. When campaign commercials or advertisements are involved, a whole additional host of rules and regulations regarding campaign fundraising (including undisclosed and potentially unlawful “in-kind” contributions), finance, and communications could also potentially be breached.

More importantly, falsely implying support or endorsement from an artist or songwriter is dishonest and immoral. It undermines the campaign process, confuses the voting public, and ultimately distorts elections. It should be anathema to any honest candidate to play off this kind of uncertainty or falsely leave the impression of an artist’s or songwriter’s support.

Like all other citizens, artists have the fundamental right to control their work and make free choices regarding their political expression and participation. Using their work for political purposes without their consent fundamentally breaches those rights – an invasion of the most hallowed, even sacred personal interests.

No politician benefits from forcing a popular artist to publicly disown and reject them. Yet these unnecessary controversies inevitably draw even the most reluctant or apolitical artists off the sidelines, compelling them to explain the ways they disagree with candidates wrongfully using their music. And on social media and in the culture at large, it’s the politicians that typically end up on the wrong side of those stories.

For all these reasons, we urge you to establish clear policies requiring campaigns supported by your committees to seek the consent of featured recording artists, songwriters, and copyright owners before publicly using their music in a political or campaign setting. Funding, logistical support, and participation in committee programs, operations, and events should be contingent on this pledge, and its terms should be clearly stated in writing in your bylaws, operating guidelines, campaign manuals, or where you establish any other relevant rules, requirements, or conditions of support.

Please let us know by August 10th how you plan to accomplish these changes.

Panic! At The Disco