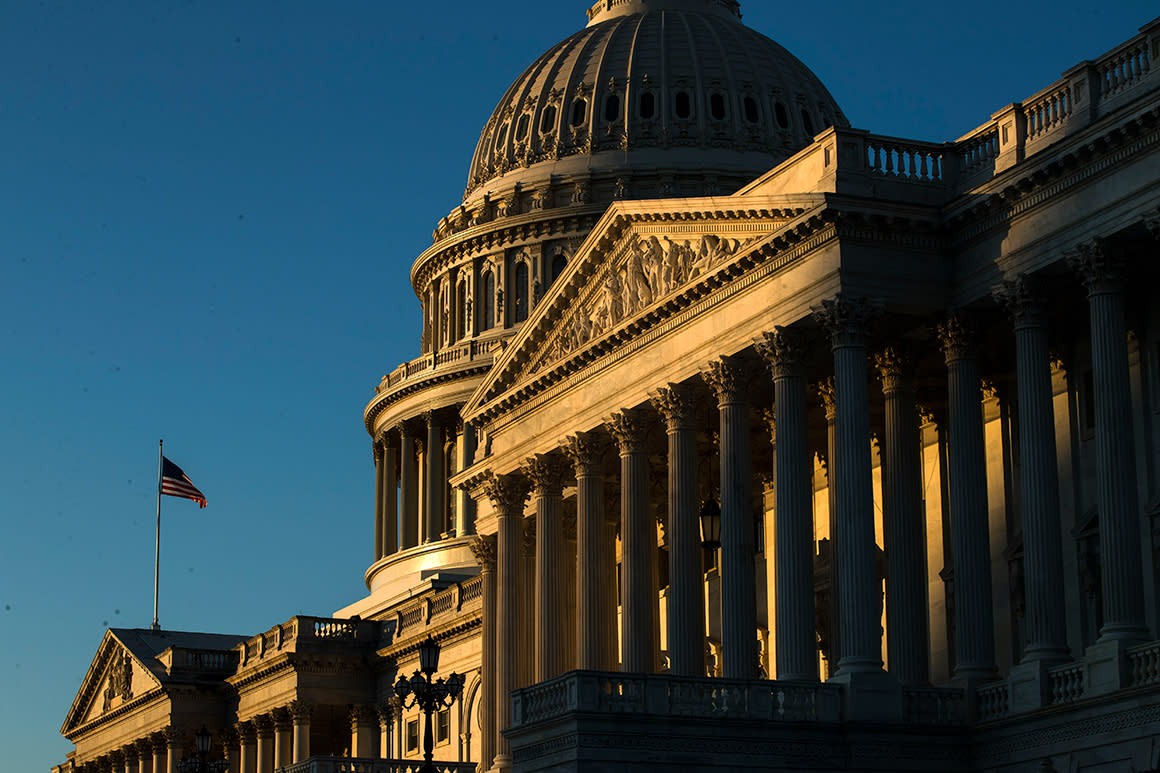 Republican staffers on the House Judiciary Committee are blasting the panel’s management of Wednesday’s high-stakes hearing into the tech industry, according to a GOP memo obtained by POLITICO — accusing Democrats of harboring “predetermined conclusions” about the outcome of a Silicon Valley probe that Congress is “ill-equipped” to carry out.

The GOP staffers also call for making conservative allegations of ideological bias a major focus of the hearing, whose stated purpose is to examine complaints of antitrust abuses in the biggest U.S. tech companies.

The Republican staffers prepared the lengthy memo for a Judiciary antitrust subcommittee hearing in which the CEOs of Facebook, Google, Amazon and Apple will testify together for the first time, a historic collision between the power centers of Washington and Silicon Valley. The document points to some glaring fissures in the antitrust panel’s probe, despite the widespread scrutiny the tech industry’s practices have drawn from lawmakers of both parties, as well as the Trump administration’s regulators and authorities in Europe.

The memo also points to some of the roadblocks that may lie in wait for attempts to crack down on the tech companies through legislation — a possible sign of good news for the industry.

The Republican staffers even raise doubts about future cooperation for the panel’s probe, which for more than a year has shown rare signs of bipartisan cooperation.

“Though this investigation began as a bipartisan endeavor, the majority’s approach is raising grave concerns about whether it can continue on that basis, or whether it simply reflects the majority’s efforts to promote predetermined conclusions under an unearned banner of bipartisanship,” the memo reads.

The Republicans also argue that Congress’ probe is duplicative, given that President Donald Trump’s Justice Department and the Federal Trade Commission are already pursuing investigations into the four tech giants.

“The legislative branch is unnecessarily taking on work for which it is ill-equipped,” the memo says. “Even if this hearing suggests that any of these companies have violated antitrust laws, that would arguably not establish systemic problems with current antitrust laws. Changing laws in response to such findings would be premature.”

And it lists GOP allegations of bias in Silicon Valley — charges the tech giants deny — as a top theme for the hearing, which Democrats had scheduled to home in on charges of anticompetitive conduct by Amazon, Google, Facebook and Apple. Democrats, including Judiciary Chair Jerry Nadler of New York, have dismissed the bias allegations as baseless and politically driven.

“Political bias in big tech should be decried, but antitrust won’t solve it,” reads the heading of one section of the memo.

The memo also argues that the global coronavirus pandemic is a reason for Congress to proceed with caution on new antitrust legislation.

“Congress should arguably act with special deliberation as the economy seeks to recover from the effects of COVID,” the memo reads.

Russell Dye, a spokesperson for the committee’s Republicans, blamed Democrats for the release of the document.

“It’s truly unfortunate that an internal document related to a sensitive congressional investigation was leaked to the press the evening before a seminal hearing on antitrust law,” he said in a statement. “The Democrats are clearly trying to undermine what was supposed to be a bipartisan investigation.”

Judiciary’s top Republican, Rep. Jim Jordan of Ohio, has hammered committee Democrats for not hosting the blockbuster session at the full committee level, which would give more members a chance to grill the CEOs.

And he made a last-minute plea for the committee to add Twitter CEO Jack Dorsey to the hearing line-up. Republican lawmakers are eager to question Dorsey about the social media company’s handling of Trump’s tweets. The company offered the committee a briefing instead of his testimony, according to a source familiar with the plans, who spoke anonymously to discuss private deliberations.

The split over Wednesday’s hearing is the latest instance of GOP Judiciary members taking issue with Democrats’ leadership of the tech investigation. Two other top Republicans accused Democrats in a February letter of having “pre-conceived conclusions that America’s large tech companies are inherently bad.” Cicilline disputed the assertion at the time.

Despite the recent rebukes, other GOP lawmakers on the committee have continued to laud its Democratic leadership for their bipartisanship in the investigation. “I’m very impressed with the bipartisan and cooperative nature of the process that we are going through,” Rep. Ken Buck (R-Colo.) told POLITICO in an interview last week.

And a number of the committee’s actions in the investigation have featured backing from both Democrats and Republicans, including a May letter demanding that Amazon CEO Jeff Bezos testify before the panel.

Buck added that he expects bipartisan buy-in for the report the committee is expected to issue at the conclusion of its investigation.

“Everything that I know about the drafting of that report indicates to me that it will be bipartisan and very thoughtful in its approach and therefore I do not foresee any objections,” he said.

Parts of the memo echo the views of the Chamber of Commerce, America’s biggest business lobby, which counts Apple, Amazon, Facebook and Google as members. The Chamber launched a website Tuesday making many of the same points.

Garza, who also helmed a congressionally appointed 2007 panel on modernizing antitrust, is a partner at Covington & Burling, which frequently represents Facebook, including in its deal to purchase WhatsApp.

The memo’s conclusions — that U.S. antitrust laws are working and don’t need to be changed for the digital age — match the traditional Republican views on antitrust, and indicate that any legislative proposals the panel’s Democrats seek to include in the investigation’s final report may have difficulty gaining broad bipartisan support.

CORRECTION: An earlier version of this report misstated which big tech companies are part of the Chamber of Commerce.