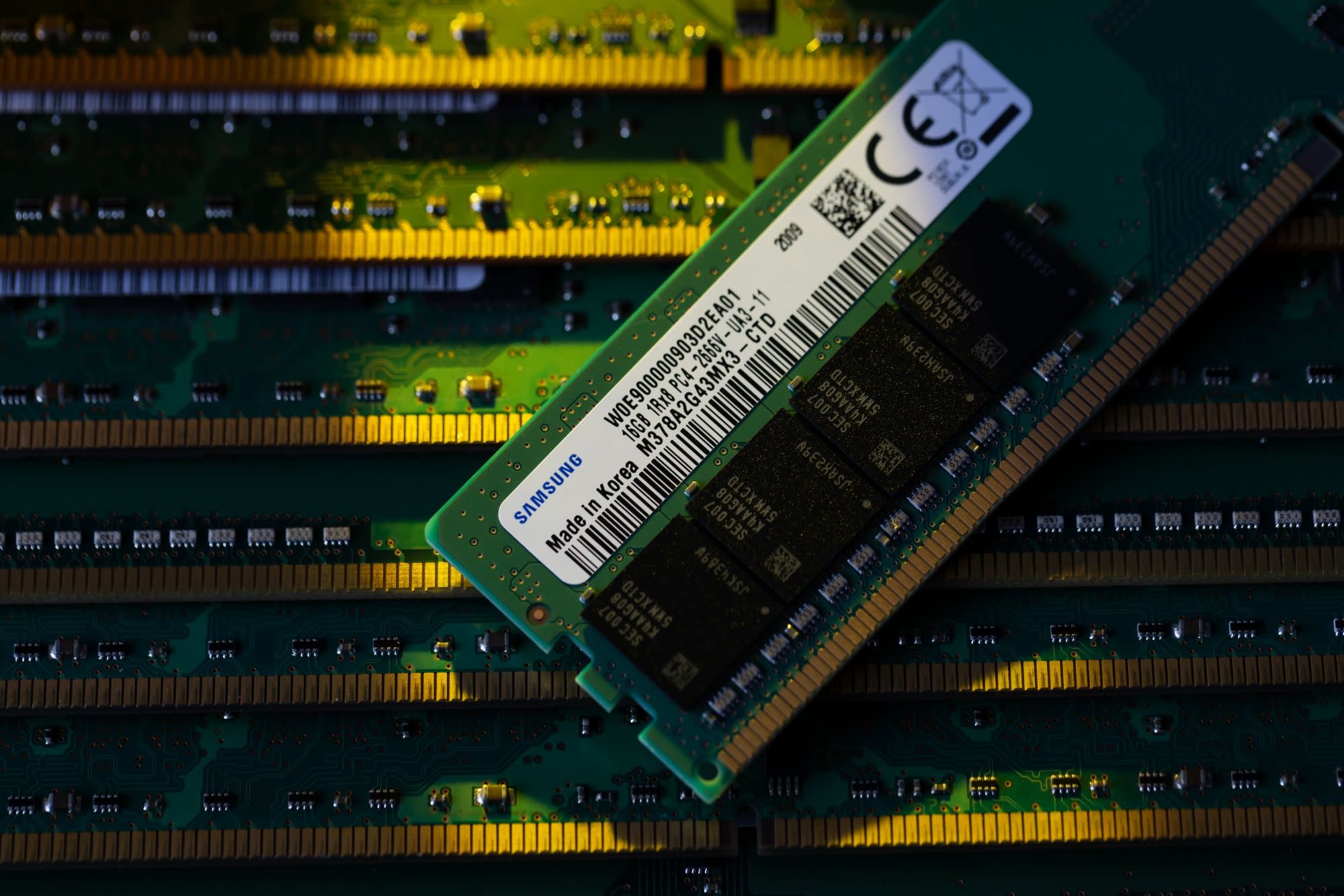 (Bloomberg) — Samsung Electronics Co. reported earnings that beat estimates and said demand for memory chips is likely to recover in the second half of the year, driven by new smartphones and gaming consoles.

Net income increased to 5.5 trillion won ($4.6 billion) in the three months ended June, the company said in a filing on Thursday, compared with the 4.9 trillion won average of estimates compiled by Bloomberg. Samsung had reported preliminary numbers earlier this month that showed operating profit rose 23%.

The world’s largest maker of memory chips and smartphones had warned of a second-quarter sales slump in its consumer business. However, smartphone sales started to pick up from June after stores reopened and demand for gadgets and TVs revived, according to several analysts including Daishin Securities’ Park Kang Ho. As people continued to stay home and consume internet-based services like movie streaming and video conferencing, server clients rushed orders for memory chips, which lifted prices.

Samsung shares rose as much as 1.9% in Seoul trading, pushing gains this week to about 10%.

Demand for mobile and graphics memory is likely to pick up in the second half of the year with the release of new gaming consoles and smartphones, Samsung said, anticipating the overall DRAM market to be up. The company’s own mobile devices, set to be updated with flagship Galaxy Note and Galaxy Z Fold releases shortly, are expected to improve revenue on a quarterly basis, but the company underlines that uncertainties related to Covid-19 are “unlikely to dissipate.”

“While Covid-19 impacted Samsung’s earnings in the first half of 2020, we foresee an earnings recovery from the second half, especially in mobile, consumer electronics and display devisions despite a weak memory business,” Peter Lee, analyst at Citigroup Inc., said in a note ahead of Thursday’s release.

Samsung shares rose earlier in the week on news of Intel Corp.’s delayed 7nm chip production and likely need to outsource some future chipmaking to the likes of Taiwan Semiconductor Manufacturing Co. Samsung is one of the few companies equipped to handle advanced semiconductor manufacturing, and the potential to garner more Intel business boosted market sentiment.

Samsung’s foundry business could benefit from Intel’s chipmaking retreat as industry leader TSMC may have a tight production schedule to fulfill the U.S. company’s demand. Samsung is already a supplier of Intel CPUs based on the 14-nanometer process.

Aside from the impact of Covid-19, geopolitical issues are also likely to reposition the global supply chain in a way that will affect Samsung’s business. Bans on Huawei Technologies Co. in the U.S. and U.K. open more opportunities for Samsung to sell 5G networking gear and smartphones. The Korean giant is looking to secure its position as the smartphone leader with the launch of new Android devices in early August, with updates to its foldable phone lineup showing its future direction.

“There is a possibility that the Galaxy Fold 2 will become a game changer in the smartphone ecosystem,” said Greg Roh, senior vice president at HMC Securities. “Most of the shortcomings found in the preceding model have been overcome with the ultra thin glass and a larger display.”