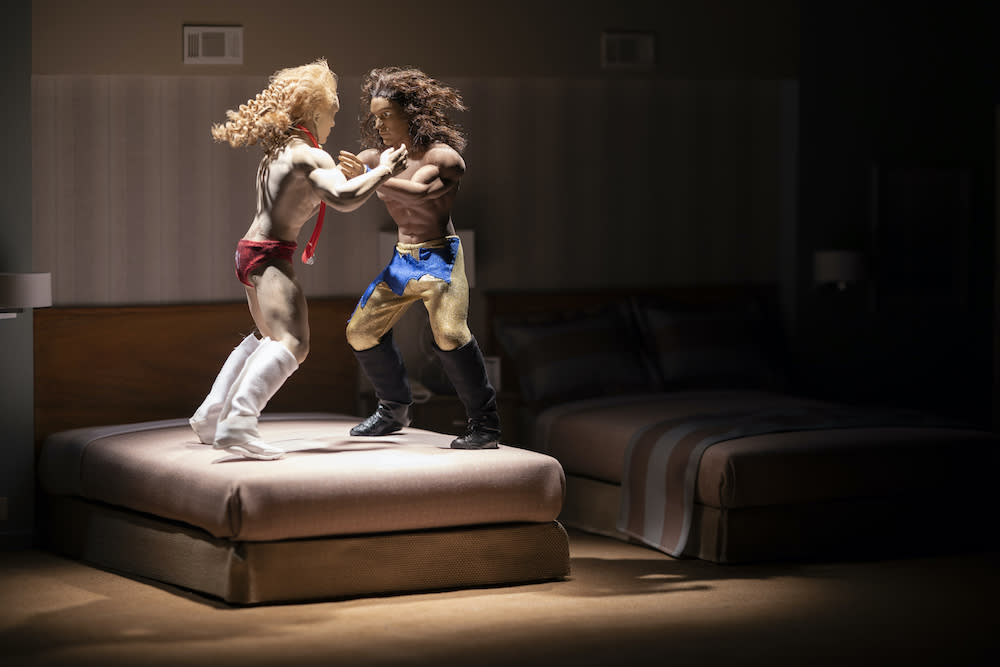 The legacy of “Room 104” goes well beyond what did or did not happen within those four walls. When the series launched in June 2017, The Duplass brothers’ episodic anthology was one of the few HBO original programs to air outside of Sunday nights. Just two years into launching HBO Now — the former cabler’s first standalone streaming offering — premium content was needed to help justify the premium cost ($15/month). Co-creators and executive producers Mark and Jay Duplass were happy to debut their latest brainchild on Friday nights, especially after their first HBO venture, “Togetherness,” only lasted two seasons on Sundays before getting the axe. That half-hour comedy wasn’t expensive compared to shows like “Game of Thrones” or “Ballers,” but their plan for “Room 104″ offered big stars and bigger ideas on an even lower budget.

“To their credit, [HBO executives] said, ‘You know what? We’ve got to figure out what our next ‘Game of Thrones’ is going to be. You go ahead and make your little show, as long as it’s cheap,” Mark Duplass said before Season 1 launched. “[So] HBO enabling us to do this stuff and be this weird Friday night show, it doesn’t have a ceiling on it — at least, not yet.”

In 2020 (of course), that ceiling has arrived. “Room 104” Season 4 marks the end to the Duplass brothers’ magnetic little experiment. One room housed 48 stories, hundreds of actors, and a cavalcade of artists offering their own unique spin on the (nearly) unlimited possibilities within. Each week, audiences would tune in (or log on) not knowing what they were about to see. Will tonight’s episode be a horror story where a babysitting gig goes very, very wrong? Or is it a tender romance between two aging partners? Maybe Michael Shannon will start rapping in a Russian accent. The unknown was both part of the room and part of the viewing experience, and both remain part of the show’s mystifying allure.

Not spoiling TV is part of every good critic’s top priorities, but that becomes a next-level challenge when writing about “Room 104.” The Season 4 cast, directors, and writers’ lists have been released, and a trailer highlighting choice moments is out in the world. Adding anything more threatens the very thing that makes each episode worth watching even when it’s not a great episode. So what to tell you about Season 4? It’s good! It’s weird. Its best episodes are unpredictable to the end, and its worst are only disappointing because they can’t stick the landing.

There are commonalities between entries — multiple episodes examining the relationship between fan and artist lead to meta revelations for each character and their creators — and there are complete standalone half-hours that are hard to compare to anything else. One episode spends more than half its runtime outside the room. (Or does it?) Another is animated. Yet another is a hyper-specific homage to a very specific thing that I did not fully understand.

But even listing these very minimal descriptions could be considered oversharing. By now, you know whether “Room 104” is for you, and Season 4 ventures into new territory without betraying its long-held ethos. (Though the first episode does feature a tweak to the title music.) What’s worth considering outside the themes, narratives, and mysteries of each episode is what to make of this whimsical experiment: a success or failure? At a time when TV ratings are all but meaningless and network priorities are constantly shifting, the answer isn’t obvious.

HBO still needs content. It has another new streaming platform to fill with alluring stars, and the Duplass brothers are still valued auteurs at HBO, where they signed a new first-look deal earlier this year. “Room 104” has never been a ratings driver, which means it’s likely not a subscriber driver, and even a minor investment in more seasons may not be worth it to HBO and its AT&T overlords (especially when the Duplass brothers could be creating “the next big thing” instead, aka any kind of new content — too many companies are mistakenly following the Netflix model).

But “Room 104” was also a small wave in the flood of “Black Mirror” successors. After the BBC original blew up on Netflix, episodic anthologies have popped up everywhere. Many banked on stars (who could cash a paycheck without committing to more than a few days of shooting) to attract audiences more than stories. Amazon’s “Modern Love” had Tina Fey and Anne Hathaway (along with a general romance template); “Electric Dreams” had Bryan Cranston and Janelle Monáe (and Phillip K. Dick’s sci-fi branding); “The Romanoffs” put John Slattery and Christina Hendricks front and center for Matthew Weiner’s return to TV. Plenty more programs took on a similar indie mindset, relying on consistently good and consistently unique storytelling to keep them going. (HBO’s “High Maintenance” has done just that, while “Little America” seems off to a good start for Apple TV+. Meanwhile, Hulu’s “Into the Dark” is basically “Room 104 — But Movies!”)

And yet none of these are “Black Mirror”-size juggernauts. As The Ringer’s Alison Herman pointed out when Apple’s “Amazing Stories” launched earlier this year, the very concept of episodic anthologies may be antithetical to television; TV’s major advantage over other mediums (be it movies or Quibis) is time, and limiting viewers to one episode with new characters isn’t as rewarding as spending years with your favorite onscreen personalities. Worse still, it can make the episodic series feel disposable.

“Room 104” could feel that way for a moment, when you finish a less-than-stellar episode or one that simply ends with a clunk rather than a flourish. But then those eerie, neon credits start up again, and the unknown beckons yet again. With a deep roster of young writers and directors, “Room 104” created plenty of strong characters over four seasons, but it rightly never banked on them to keep people coming back. “Room 104” asked you to invest in the experience. And luckily, it still can for years to come. These four seasons will live on HBO, HBO Max, or whatever the next iteration is called for God knows how long, lying in wait for some random HBO Max viewer to discover it on a late Friday night. That’s how it should be. “Room 104” wasn’t built to conquer the world. It was made to surprise, entrance, and inspire. Mission accomplished.