So K-Pop Stans Are…Saving Us All 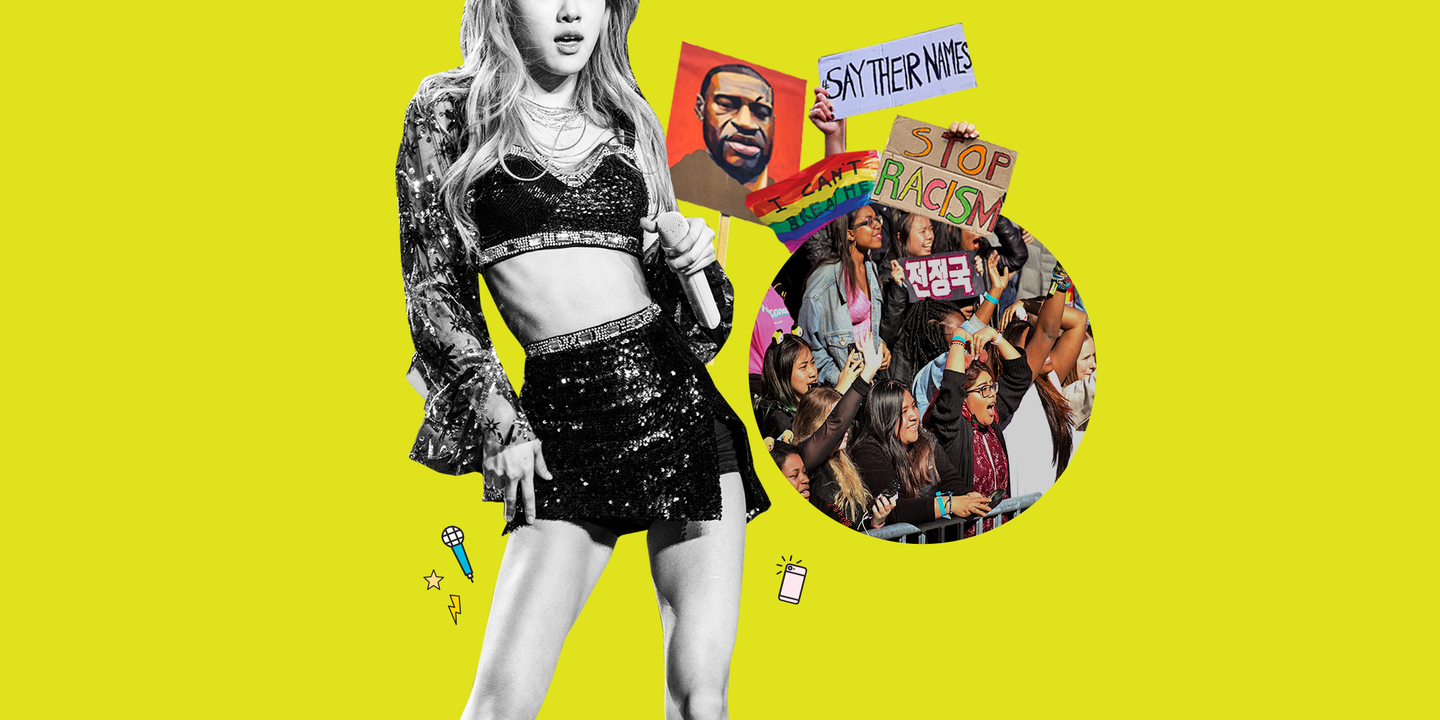 Busy as in: protecting peaceful protesters in Dallas by flooding the police department’s crowd-sourced surveillance app with footage of K-pop concerts. Busy as in: drowning out racist tweets filed under #AllLivesMatter by using the hashtag to post more concert vids. Busy as in: reserving so many tickets to President Trump’s June rally in Tulsa—with no plans to actually attend—that when the cameras panned across the “crowd,” they revealed far more empty seats than occupied ones.

Given that the current resident of the White House loves to brag about the number of people who show up for him even when, um, we’re in a pandemic, this move in particular showed K-pop standom’s genius. The tens-of-millions-strong (!!) group hit him exactly where it hurts, making their disapproval known—from home.

Wielding social media like a v efficient, fun-to-swing sword has always been their Thing.

See: that time they used hashtag spamming and all-night streaming to make BTS’s “Boy With Luv” the most viewed YouTube video ever in a 24-hour period. Or that time they helped the band Blackpink set three Guinness World Records streaming titles. Now, stans are using these same habits—spamming, streaming, ticketing—for the greater good, says Tamar Herman, author of BTS: Blood, Sweat & Tears. Like when the BTS Army raised $1 million to match the band’s donation to Black Lives Matter.

The fans themselves, explains Herman, are a diverse mix of people who are eager to actively combat racism and police brutality, and those who hop on the bandwagon because it seems kind of awesome to be a part of. (And just guessing here, but maybe also because it feels pretty damn empowering to be able to actually subvert intolerant authorities at a time when so many people feel so powerless.)

If all this seems like the most 2020 thing to ever 2020, that’s because…it is. As social media and political engagement have become inextricably linked, the barrier to entry for participation has plummeted—and that is good news for everyone! All this new wave of activism takes is a smartphone or computer, a desire to do something, and a bit of free time. Which, if our screen-time reports are to be believed, there’s plenty of right now.

When it comes to what K-pop devotees can accomplish, the limit probably does not exist. And let’s *all* take this as a refreshing reminder of just how much every one of us can achieve while lit-er-al-ly sitting on our couches. Bras optional.