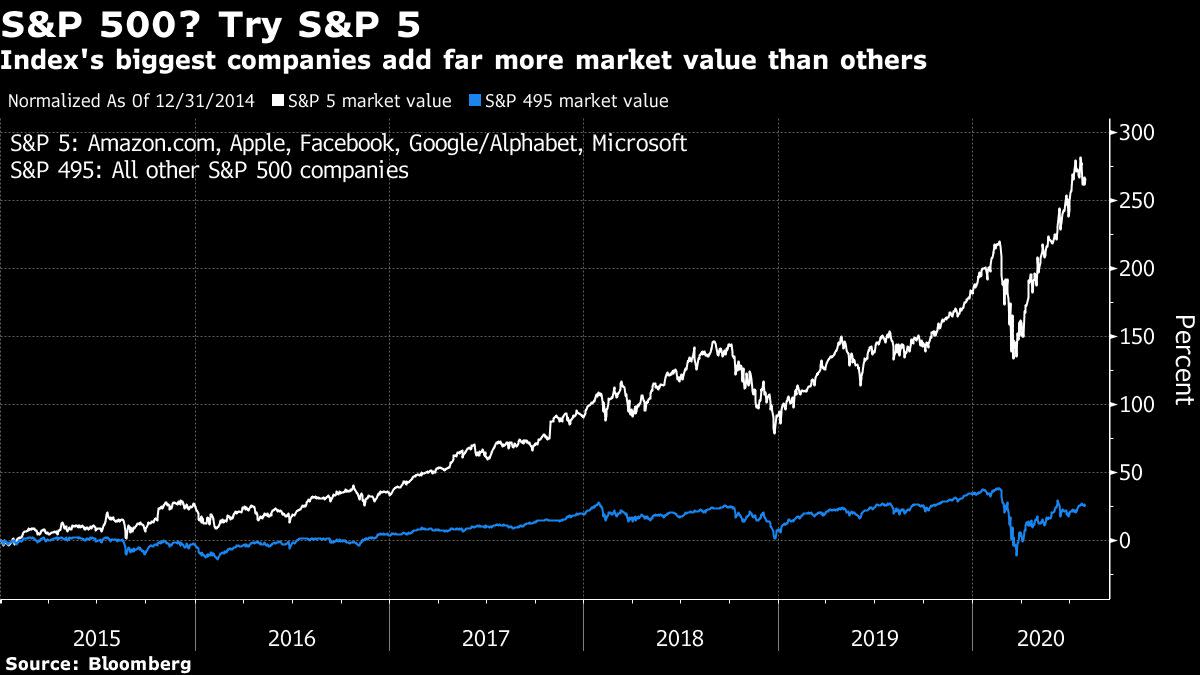 (Bloomberg) — U.S. stocks slumped and Treasuries climbed after economic data added to concern over a slow and uneven recovery amid a resurgence of coronavirus cases around the globe. A third day of falling bond yields sent financial shares to their worst decline in a month.

All major groups in the S&P 500 fell as reports showed the world’s largest economy had its sharpest contraction on record, while the number of Americans filing for unemployment benefits rose. President Donald Trump raised the notion of delaying the next U.S. election scheduled for November — suggesting without offering evidence that mail-in voting will be subject to fraud. Investors also assessed corporate earnings, with Apple Inc., Amazon.com Inc., Alphabet Inc. and Facebook Inc. due to report their numbers after the market close. United Parcel Service Inc. surged to a record on results that blew past estimates.

Some other corporate highlights:

Qualcomm Inc. gave a strong sales forecast and announced a new licensing deal with Huawei Technologies Co.Procter & Gamble Co. had a surge in sales amid high demand for detergent and continued stockpiling.PayPal Holdings Inc.’s results topped already-high expectations.Mastercard Inc. reported a rebound in consumer purchases on its cards in July.Johnson & Johnson’s experimental coronavirus vaccine protected a group of monkeys with a single shot, prompting it to start trials in humans this month.

In a very busy day for earnings, investors are digesting economic figures that show the massive devastation caused by the coronavirus pandemic. While some numbers have improved after the reopenings, the recent spike in infections shows that the recovery will most likely take time. Federal Reserve Chairman Jerome Powell said Wednesday that there are signs the increase in cases is starting to weigh on activity, while noting that the path forward for the economy is “extraordinarily uncertain.”

There’s a distinction to be made between the S&P 500’s five biggest companies and all the rest, according to BCA Research.

The firm compared the total market value of the five — Amazon.com, Apple, Facebook, Google owner Alphabet and Microsoft Corp. — with the value of the other 495 companies in a chart last week. The top five’s value increased 266% from the start of 2015 through Tuesday, according to data compiled by Bloomberg. In the same period, the value of the rest rose just 25% — and the entire gain occurred after the S&P 500 set this year’s low in March.

These are some of the main moves in markets: