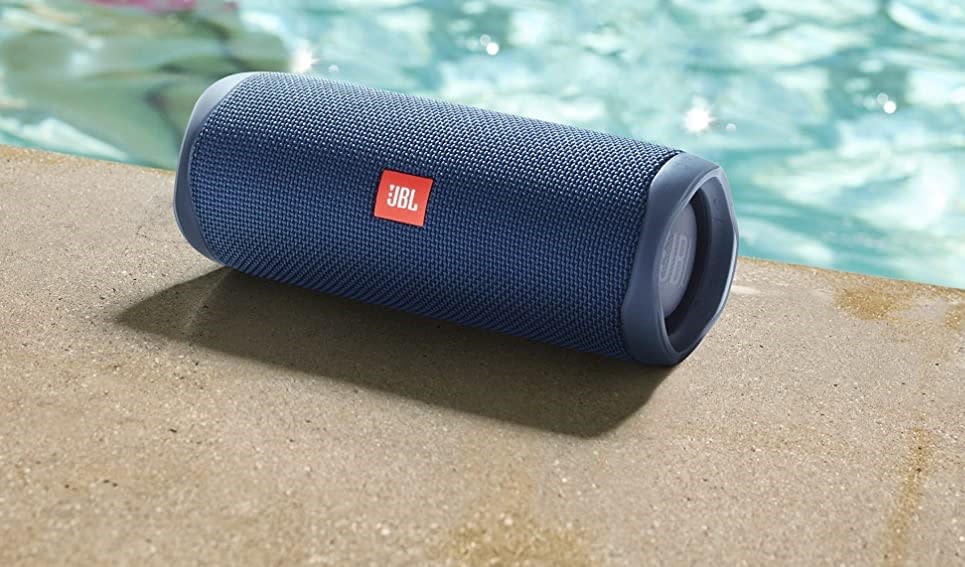 If you’re planning on spending some time by the pool or on the beach this summer, you’re probably sticking to an old golden rule of technology: don’t let any gadgets near water. That was true for a long time, but companies have made great strides in recent years to make their gadgets waterproof.

The durability of most tech is measured on the IP (Ingress Protection) scale, which indicates its resistance to dust and water. For example, if a gadget has an IP67 rating, it means it’s totally dust-proof, and waterproof enough to be immersed under 3.3ft for up to 30 minutes. Some tech categories (or individual companies) don’t use the IP scale, and give their own measurements instead.

In any case, all of the gear collected here can handle getting splashed without getting damaged. In fact, some of them are designed to be used around water and some can be submerged in up to 50 feet under water without breaking a sweat. Here’s the bottom line: if you need to upgrade some of your old tech, and want to worry less about water damage, you’ll find what you’re looking for here.

JBL’s Flip 5 is the latest entry in its series of ultra-portable waterproof Bluetooth speakers. It has an IPX7 rating, which means it’s dust-proof, and waterproof enough to be immersed under 3.3ft for half an hour.

JBL says the Flip 5 gets up to 12 hours of battery life per charge, and uses a new driver (the part of a speaker that produces sound) designed to create better sounding bass. The Flip 5 will sound great on its own, but you can pair two of them together if you want stereo sound. You can also pair multiple Flip 5 speakers together to create a wireless audio system.

All of this technology is packed into a Bluetooth speaker that’s 7.1 inches long, and weighs a little over one pound. If you need a waterproof Bluetooth speaker to provide the soundtrack to your summer, JBL’s Flip 5 is the right choice.

The earbuds have an IPX5 rating, which means they should be able to survive being sprayed by a water jet from any direction. What that means is you won’t have to worry about your sweat (or a sudden rainstorm) from ruining the earbuds, but shouldn’t wear them swimming.

Anker says you should expect to get around eight hours of music playback per charge. The earbuds’ charging case, which will top up their batteries each time they’re inside, will add an additional 24 hours of playback for a total of 32. What sets the Soundcore Liberty Pros apart from a lot of its competition is that it has two drivers: one handles treble frequencies, and the other handles bass. Using two drivers instead of one will lead to better balanced sound.

If you need a pair of earbuds that can keep up while you exercise, or survive getting splashed by a wave (or a friend), Soundcore’s Liberty Pros are a good pick.

Apple downplayed the Apple Watch’s waterproof features for a long time, but it’s not being subtle anymore. The company says the Apple Watch Series 5 was “designed with swimmers in mind,” and is water-resistant up to 50 feet. You can wear it running in the rain, or diving in fairly deep water without having to think twice.

If you’re in the market for a smart watch, and use an iPhone (it doesn’t work with Android devices), the Apple Watch Series 5 is the best option available right now. You can use it to track your health, view notifications from your phone, send and receive phone calls and text messages, and use Siri to get answers to your burning questions.

Wearing a computer on your wrist takes a little getting used to, but you’ll notice the benefits of not having to check your phone each time it buzzes or beeps pretty quickly. The only thing to keep in mind is that you’ll probably need to charge the Apple Watch Series 5 every night, especially if you use its power-hungry fitness features.

Fitbit is responsible for creating the modern fitness tracker, and the Charge 4 is the most advanced one yet. The company doesn’t rate its tech on the IP scale, but says the Charge 4 is water-resistant up to 50 feet.

This fitness tracker can record all of the major health variables: calories burned, heart rate, time spent exercising, and sleep. It can automatically detect when you’ve started working out, and has over 20 different exercise modes, so it can measure your calorie burn rate more accurately.

All of this data is collected in Fitbit’s app (iOS and Android), which you can review to look for trends and track your progress toward goals. The app also allows you to challenge fellow Fitbit owners to competitions to see who can exercise more over a predetermined period of time.

Fitbit says the Charge 4 can get up to seven days of battery life, but warns it may be lower based on your usage. If you’d like to get in better shape, and prefer to work out by swimming or diving, the Fitbit Charge 4 is the right choice.

Your smartphone is probably the most important gadget in your life, so getting it waterlogged is more than a minor inconvenience. Google says the Pixel 4 has an IPX8 rating, which means it can stay under 3.3ft of water for over a half hour. Google is quick to point out that its chargers and other accessories do not meet the same certification.

The Pixel 4 has a 5.7 inch OLED screen that supports HDR (high dynamic range), which means text, photos, and videos will look extremely sharp. It has an “all-day battery,” and supports fast charging, so you won’t have to keep it plugged in for very long. This phone has 6GB of memory, so you can keep a lot of apps (or browser tabs) open at once, and 64GB of storage, which is enough to hold most people’s entire media library.

Google spent a lot of time on the Pixel 4’s camera, which captures some of the best-looking photos you can get on a smartphone. It has three cameras on the back: a pair of 12.2 megapixel wide lenses, and a 16 megapixel telephoto lens. Its front-facing camera can capture eight megapixel images. The rear cameras can capture 4K video at up to 30 frames per second, while the front-facing camera can take 1080P video at 30 frames per second.

If you need a powerful smartphone that can survive an accidental drop in the pool and take particularly good pictures, seriously consider the Google Pixel 4.

One of the biggest advances in photo and video technology recently has been the rise of 360-degree cameras, which use two lenses to capture an entire scene.

Insta360’s GO camera has earned an IPX4 rating, which means it was designed to handle being splashed with water from any direction. This isn’t a camera you can take under water, but you can definitely hold it in waist-deep water to take immersive videos of your day at the beach.

The camera’s lenses can record video at 1080P, which will look great whether you post your clips on social media, YouTube, or watch it on your phone. The Insa360 Go supports advanced features like image stabilization, which smooths out jittery footage, and the ability to take 360-degree time lapses. Insta360 says the camera can take up to 60 minutes of videos per charge, and its internal battery can be recharged by plugging its MicroUSB cable (included) into a power adapter.

Smartphones have allowed us to keep a high-resolution camera in our pocket, but the mini-sized Insta360 GO can fit alongside it, and take videos your phone simply can’t.