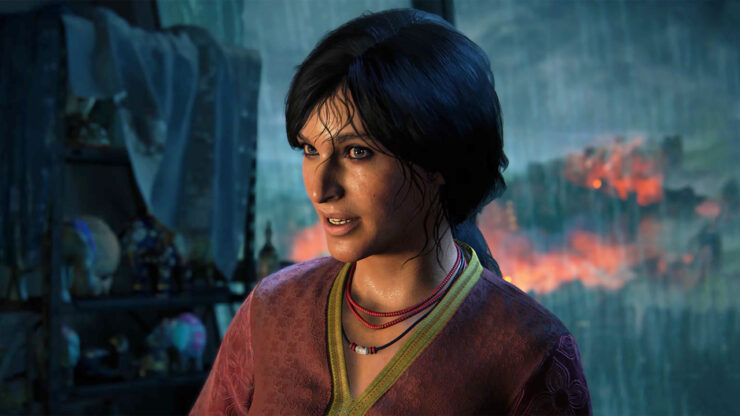 While Sony has remained quiet on whether we’ll ever get another all-new entry in the Uncharted series, today during their big PlayStation Showcase they unveiled Uncharted: Legacy of Thieves Collection. This is a next-gen remaster of the two PS4 entries in Naughty Dog’s franchise, Uncharted 4: A Thief’s End and Uncharted: The Lost Legacy. That’s good news on its own, but Sony has also revealed that collection will be coming to PS5 and… PC! You can check out a quick trailer for Uncharted: Legacy of Thieves Collection, below.

Guardians of the Galaxy Trailer Shows New Foes and Friends, Including Cosmo the Space Dog

Looking good, but then, the original games were already very pretty. Sony isn’t revealing many details about what upgrades you can expect from the new collection yet, although they do confirm the PC version is being developed by Iron Galaxy, who have some experience with ports of Skyrim, Spyro: Reignited Trilogy, and more. Here’s Sony’s official blurb on Uncharted: Legacy of Thieves Collection…

This brand-new remastered bundle includes Uncharted 4: A Thief’s End, featuring Nathan Drake as he hunts for Captain Avery’s long-lost treasure, setting off for one final far flung adventure across the jungles of Madagascar to long lost pirate colony of Libertalia. It also includes Uncharted: The Lost Legacy, which chronicles Chloe Frazer’s breakout exploits as she moves from Nathan’s frenemy to hero. Enlisting the assistance of renowned mercenary Nadine Ross, Chloe ventures to India’s Western Ghats to locate the Golden Tusk of Ganesh.

Uncharted: Legacy of Thieves Collection will be available in early 2022 for PS5. The PC version is in development by our partners at Iron Galaxy and will release shortly after the PS5 version. Needless to say, we’re pretty excited that more players will get the chance to meet (and fall in love with) Nathan, Chloe, Nadine, and the rest of the cast in the Legacy of Thieves Collection.

Uncharted: Legacy of Thieves Collection launches on PS5 sometime in early 2022. The PC version will arrive “shortly after.”