A new report came out today on the state of contemporary music. But the only thing new is the report. When it comes to the actual music preferred by consumers, old songs are winning every battle. “The more things change,” the study’s authors admit, “the more they seem to be staying the same.”

I first covered this alarming trend, when I published my analysis “Is Old Music Killing New Music?” I won’t repeat what I said in that much-discussed article, but the bottom line was ugly: No matter what metric you picked—streams, downloads, investment dollars, ticket sales, etc.—music consumption was focused increasingly on old songs.

Now we have more information from Coleman Insights, a media research company that periodically surveys consumers about their musical tastes, and the news is even more discouraging. Here’s how they describe the current situation in the summary of their report:

What exactly does ‘time standing still’ look like in music? Consider the study’s attempt to measure the most popular song right now. Here’s what they found:

But the problem is much bigger than one sentimental song. The entire top ten is mostly unchanged from the last time they surveyed consumers:

No matter how they sliced and diced the data, the story was the same. Here’s the big picture—this chart measures the age of the 100 most popular songs and how it has changed over the course of four years.

I note that this survey only focuses on songs released in the last five years. So we have no way of gauging how even older music might fare. Yet even within this small subset of recent songs, new music is losing its audience.

This lack of interest in new offerings would be troubling in any industry. After all, innovation is the lifeblood of a business. But an obsession with the past is particularly ominous when it comes to music.

Music has long been a leading cultural indicator. Throughout history you could predict societal changes before they happened, simply by studying what songs are climbing the charts. What does it mean when this forward-looking art form unexpectedly turns around and decides it prefers the past?

Surely that is a sign of some broader cultural change that is coming at us. I could speculate on what it might be. On the other hand, we can just wait and find out. And unless this troubling trend reverses—an unlikely development—we certainly will.

Ted Gioia is a leading music writer, and author of eleven books including The History of Jazz and Music: A Subversive History. This article originally appeared on his Substack column and newsletter The Honest Broker. 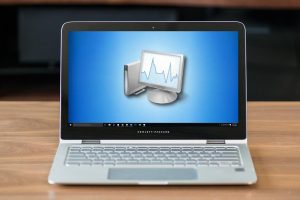 What is Windows Task Manager? (and what you can do with it) –