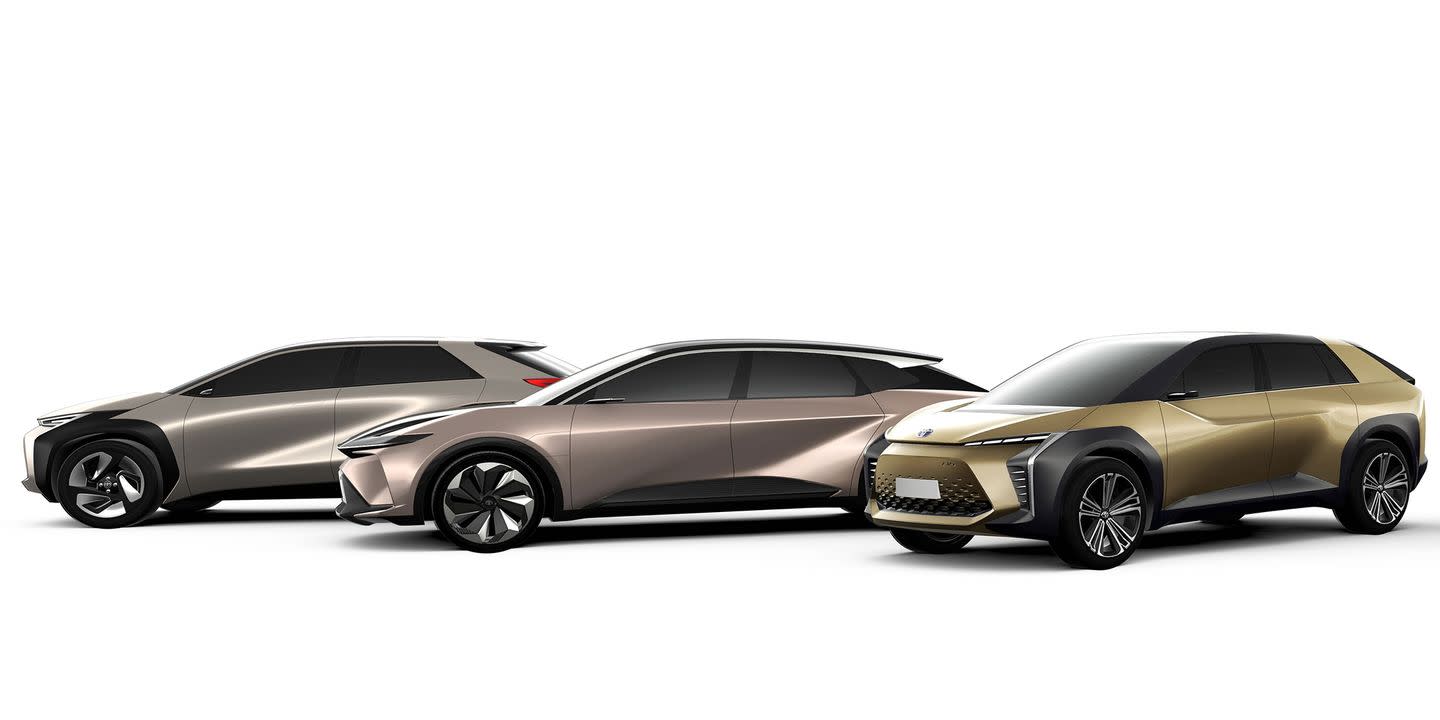 Toyota has chosen to focus on hybrid and hydrogen fuel-cell vehicles as the cornerstones of its green strategy, but that doesn’t mean the automaker is forgoing an electric vehicle altogether. In addition to an EV crossover coming from the automaker and its partner Subaru in the near future and a lineup of six EVs (some of which are pictured above), which are likely to land in China first, Toyota is currently working on the next leap in EVs: a solid-state battery.

Solid-state batteries charge quicker, last longer, and have a larger energy density. That means that a vehicle outfitted with one can go farther than it could with an equal-size traditional lithium-ion battery pack. Toyota was to show a working prototype of its solid-state battery at the 2020 Tokyo Olympics. That, of course, has been rescheduled to 2021 because of the coronavirus pandemic, but Toyota still wanted to share how far it has come in building its own battery pack.

Speaking with Automotive News, Keiji Kaita, executive vice president of Toyota’s powertrain company, said the company has a working prototype. However, because of safety and durability issues, it has yet to harness the true potential of a solid-state battery. One of the biggest issues with solid-state batteries is their short life span: they tend to fail after repeated charging.

“To counter limitations, we’re looking at how we might adjust the anode or other materials. We are trying to reduce disadvantages that are found,” Kaita told Automotive News.

The automaker, along with its partner, Panasonic, is focusing on a sulfur-based electrolyte that allows for a more efficient transfer of lithium ions between the electrodes, according to Toyota. Still, Toyota needs to figure out how to create an electrolyte that can be compacted yet still be flexible enough to allow ions and electrons to pass through it without becoming deformed by the process and eventually failing.

Kaita notes that Toyota’s breakthrough in this area might come from new materials or a new design. So sulfur might not end up being the solution Toyota is looking for in the long run.

On the manufacturing end, Kaita said that because the cells need to be produced in an ultra-dry environment, the automaker is currently producing the cells in compact booths. Workers reach in to work on the cells through sealed rubber gloves. That doesn’t lend itself to large-scale manufacturing.

Still, Toyota says that limited manufacturing is on track for 2025. These batteries will be expensive, but if the automaker and Panasonic can figure out how to mass-produce solid-state batteries for its hybrids and future EVs, it’ll be a huge jump in electric-vehicle technology.