Twitter Hack Fallout, A New Way to ‘Yield Farm’ and a Hurricane-Proof CBDC 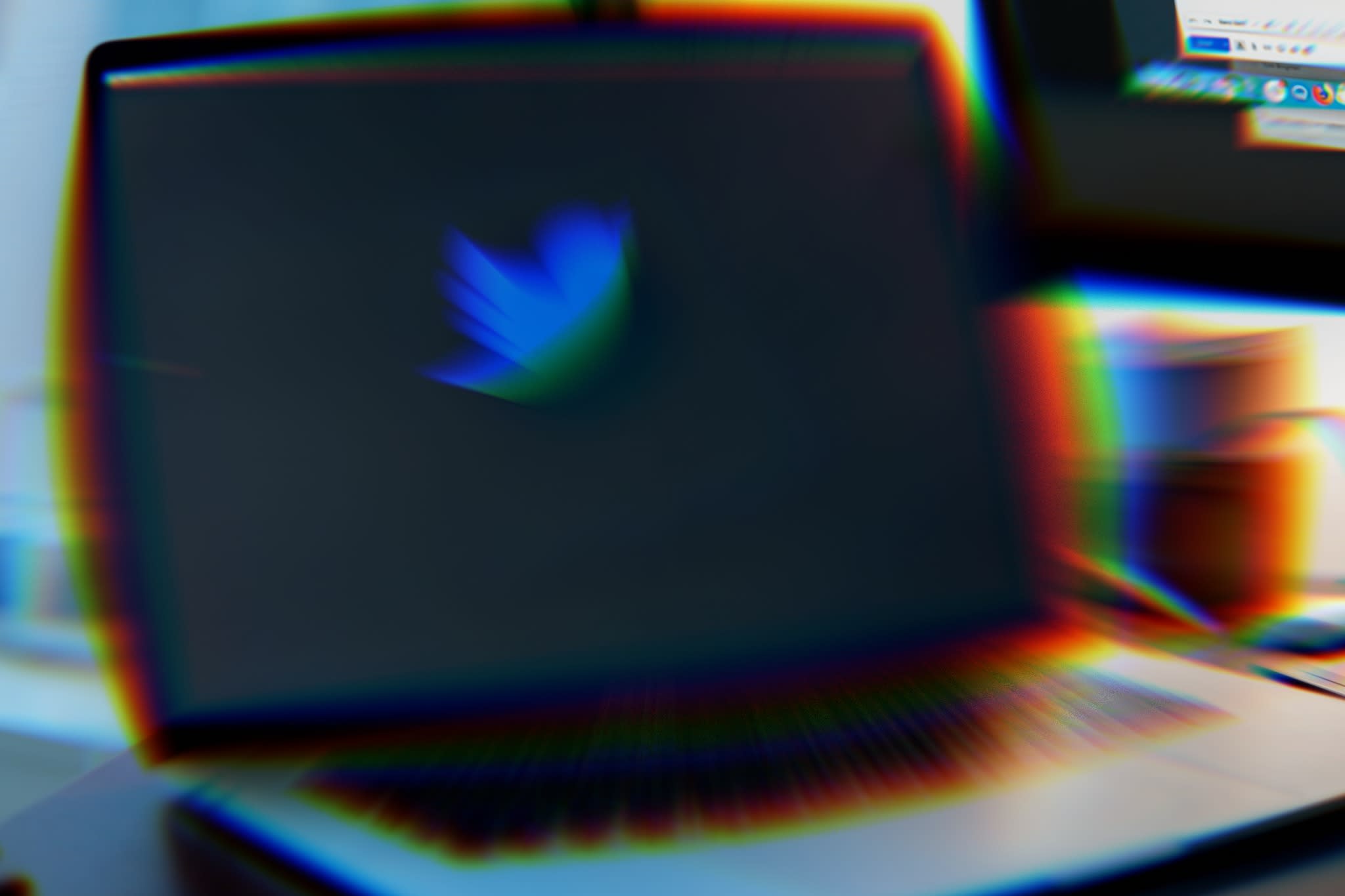 A Twitter hack, a new way to “yield farm” digital collectibles and why stablecoin use is on the rise in Hong Kong.

You’re reading Blockchain Bites, the daily roundup of the most pivotal stories in blockchain and crypto news, and why they’re significant. You can subscribe to this and all of CoinDesk’s newsletters here.

Dissent & Stablecoins
Stablecoin usage has spiked in Hong Kong following the imposition of the national security law, which aims to quell opposition to China’s ruling class by giving the Communist Party power to freeze and confiscate assets from people or organizations. Crypto assets and encrypted communication tools are a way to resist financial surveillance and internet censorship. “Many people don’t believe they can trust the government or banks to keep their assets safe anymore,” said Brian Yim, a university student in the U.K. whose family is still in Hong Kong.

A Billion in Crime
Over $1.4 billion worth of cryptocurrency thought to be tied to Ponzi schemes, dark web transactions and hacks have moved onto global exchanges from January to June, according to blockchain analysis firm PeckShield. Huobi, Binance, OKEx, ZB, Gate.io, BitMEX, Bithumb and Coinbase were among the exchanges analyzed. “The problem of the inflow of tainted cryptos has not been entirely put under regulation with strict enforcement,” the firm wrote in the report. “So anti-money laundering is considered as an important issue and then there’s no real follow-up. … But it’s a matter of time, not if, [until] the regulatory hammer will come [down].”

Hurricane-Proof Currency
The Bahamas’ central bank said it is “progressing” toward the full launch of a mobile phone-based digital currency (CBDC) it’s betting can withstand the battering of a Category 5 hurricane. The move comes in the wake of Hurricane Dorian last September, which devastated the island’s banking and financial infrastructure, according to the report. “Mobile phone coverage, by contrast, was generally restored within a few days after Dorian,” it said. The central bank’s CBDC effort, known as Project Sand Dollar, is currently in the testing phase on the island of Abaco.

Not a LEND, a Raise
Framework Ventures and Three Arrows Capital announced Wednesday a $3 million investment in Aave, the firm behind the third-largest lending platform in decentralized finance (DeFi). The two funds purchased Aave’s native LEND tokens directly from the company. LEND has appreciated 1,200% on a year-to-date basis. “We believe there will be a significant market shift of private borrow/lend activity moving to decentralized money market protocols,” Framework Ventures’ Michael Anderson said.

Farming Digital Collectibles
Rarible, a dapp that enables users to create and market non-fungible tokens (NFTs), will begin keeping track of all transactions on the site in order to reward users each week with its new governance token: RARI. Approximately 60% of the total supply will go to Rarible users who make trades, and anyone who holds NFTs now will be able to claim some. This move opens the door to yield farming digital collectibles on the Ethereum blockchain. “Yield farming has turned decentralized finance (DeFi) into the juggernaut of crypto earnings here in mid-2020, but one non-DeFi startup believes its users will also be interested in earning a new governance token for making trades,” CoinDesk’s Brady Dale reports.

Related: After the Twitter Hack, We Need a User-Owned Internet More Than Ever

Wednesday, a coordinated hack hit Twitter, compromising the primary bullhorn of political, cultural and economic thought. Beginning with an assault on known crypto trader @AngeloBTC asking for bitcoin to join a private Telegram channel, the attack spread to other prominent crypto institutions.

More prominent crypto accounts followed. Binance, Gemini. Coinbase, CoinDesk and Justin Sun, among others, were hit, CoinDesk’s Danny Nelson reported. Emboldened, the crypto scam, went mainstream, affecting a litany of high-profile Twitter users, including some who wield tremendous political power and others who are responsible for our exuberant stock market.

The attack sowed the seeds of confusion, even if it wasn’t financially successful. As of Thursday morning, a Bitcoin address associated with the hack has only brought in less than $120,000 from 378 transactions, many of which are believed to be sent from the hacker itself, in an obvious attempt to create the illusion of activity.

Not much is known about the hacker, who reportedly goes by the handle “Kirk,” or his access point to Twitter. Vice reported the attacker gained access to an internal Twitter tool, which enabled him to send tweets and reset the associated email addresses of affected accounts.

Twitter, in a message broadcasted two hours after the initial hit, called it “a coordinated social engineering attack by people who successfully targeted some of our employees with access to internal systems and tools.”

That much is known. What’s unclear is the hacker’s motivations. Nic Carter, a prominent crypto personality, said over a Telegram DM, “There’s so much we don’t know yet, but I’m inclined to apply Hanlon’s Razor and assume they were just trying to make some dough.”

“The delta between the damage wrought and the apparent financial gain is shockingly large though,” he continued.

With numbers like that, many are asking, What was the point? At this point, it can be safely assumed the attacker was familiar with the crypto community. The use of a new SegWit address, repeated transactions to empty the wallet down to 6.15 Bitcoin – a known meme – as well as several renamed wallet addresses with cryptic messages like “1BitcoinisTraceabLe…, 1YouTakeRiskWhenUseBitcoin and 1WhyNotMonero…” point to the possibility of this being an elaborate troll.

Alex Stamos, director of the Stanford Internet Observatory and the former chief security officer at Facebook, told the New York Times the hacker “made rookie mistakes.” The biggest was that by sending identical messages it was easy to identify and neutralize the scam posts.

Stamos also noted that in choosing Bitcoin, which creates a public record of all transactions, the attacker basically nullified its ability to cash out.

So what does this mean for Bitcoin? Well. It’s part of the public conversation again, for one. Prominent New York Magazine reporter Josh Barro tweeted, “You know, we wouldn’t have to worry about this sort of thing if cryptocurrency was illegal.”

While this take reinforces existing biases against crypto being associated with criminals, it is shared by other mainstream publications and a swath of the public. Stephen Colbert, tweeted, “Thankfully, my Twitter was not hacked, because of the rock-solid cyber-security I recently purchased for just $12,000 in bitcoin and my social security number. Thanks @cyberscambelarus!”

Within the crypto industry, some say this could be neutral to good for crypto. Joe DiPasquale, CEO of BitBull Capital, told First Mover: “Even if there is a small percentage of bitcoin that is used for illicit activity, investors now understand this is no different than cash, except that digital currencies are much more traceable.”

And the strong measures taken by exchanges like Coinbase to blacklist the address early, does show how far the industry has come to meet the basic demands of the traditional financial system.

The larger question is less about crypto itself and whether Bitcoin is mainstreamed as a payment or reserve system than about its ideological underpinnings. This hack, like the Equifax one before it, is one movement in a leitmotif running through the public consciousness: Why do we trust centralized, near-immovable authorities to shape our lives?

“A hack like this demonstrates how desperately needed privacy and data security legislation is needed in the U.S. Securing one’s network is not a profit maker, it’s a loss leader, and companies won’t do it right until there is some liability attached to not doing so,” Gigi Sohn, a former counselor at the Federal Communications Commission, said via email to CoinDesk.

As Coin Center’s Neeraj Agrawal put it: “If this happened because someone got access to Twitter’s admin tools, that means it’s not a cryptocurrency incident. It’s a centralized point of failure incident.”

Volatility or Bust
Bitcoin’s characteristically high volatility could return soon, giving exhausted traders an end to months of abnormally calm price action. A new metric for on-chain activity makes this prediction by measuring exchange volumes and on-chain transaction volume together to derive a signal for inflection points in bitcoin volatility. Published to popular charting interface TradingView on Tuesday, the volume ratio aims to derive market sentiment as a function of both types of volume. When overlaid with price data, high on-chain transaction volume dominance over exchange volume frequently corresponds with imminent, significant price movements, or volatility.

Options: Grim
Still, short-term sentiment in the options market has flipped bearish. Bitcoin fell to $9,070 this morning, reversing the 2.5% rise to $9,450 seen last week, according to CoinDesk’s Bitcoin Price Index. Reflecting the downward trend, the one-month put-call skew for bitcoin options, a metric that measures the price of (bearish) put options relative to (bullish) call options, has risen to 4.9%, according to data provided by crypto derivatives research firm Skew.

DeFi Oracle
OKCoin has launched a new API feed for the decentralized finance (DeFi) space that has already been picked up by lender Compound. The San Francisco-based exchange said Wednesday that OKCoin Oracle would provide on-chain data for DeFi products and features. Rival oracle system ChainLink works broadly along the same lines, although it rewards third-party entities with LINK tokens for providing accurate data, and takes them away again when they don’t. San Francisco-based exchange Coinbase unveiled its own price feed plugin for the DeFi space in April.

Privacy Fork
Privacy coin Zcash has successfully hard forked in the planned network update “Heartwood.” With the update, miners can receive coinbase transactions right to a private address, effectively adding privacy to the blockchain’s security protocol. The hard fork occurred on July 16 at 10:58 UTC at block height 903,000, according to the Electric Coin Company (ECC), the for-profit development house behind the project, which was also supported by the Zcash Foundation. The fork also adds support for lightweight clients that verify transactions.

Democratizing Digital Dollars
Transparent Systems’ Chief Legal Officer Patrick Murck and Global Head of Policy Linda Jeng reflect on the democratic possibilities a digital dollar can open by reducing economic inequality. “Beyond governance, community-based ownership would allow the economic gains of the network to be equitably shared among all participants and not reserved for those who have access to capital and connections,” they write.

Dangerous, Downward Spiral
The latest episode of The Breakdown offers a primer on the U.S. and China’s “New Cold War.” From the virus to the trade war, and from TikTok to the South China Sea fissures are opening between the leading global economic powerhouses.