Get caught up on the latest technology and startup news from the past week. Here are the most popular stories on GeekWire for the week of Sept. 26, 2021.

Sign up to receive these updates every Sunday in your inbox by subscribing to our GeekWire Weekly email newsletter.

Most popular stories on GeekWire

Amazon’s long-awaited New World launched on Steam on Tuesday morning, and in news that should have Amazon execs breathing a little easier today, the early buzz around the game continues to be solid. … Read More

New funding: As wildfires continue to burn in the Western U.S., reforestation startup DroneSeed on Wednesday announced a $36 million Series A round. … Read More

Project Veritas, a right-wing activist group with a history of trying to discredit mainstream media organizations, has filed a defamation lawsuit against the University of Washington and Stanford University over a blog post that analyzed the online spread of a Veritas ballot-harvesting claim. … Read More

In the latest chapter of a long-running space spat, SpaceX CEO Elon Musk took aim at his billionaire rival Jeff Bezos today with a barrage of double entendres that were delivered from the stage at this week’s Code Conference. … Read More

Bungie is expanding from Bellevue, Wash. into Seattle. … Read More

Amazon introduced a home robot called Astro, under development for the past several years, using artificial intelligence and other advanced technologies to operate autonomously in the home. … Read More

Two industrial designers who helped create and launch the first Amazon Go cashierless convenience store have a new baby, as some founders like to refer to their startups. … Read More 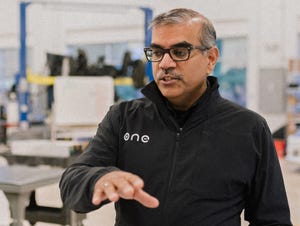