What can Customers Expect from Azure Redis Cache? 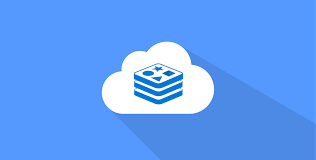 The open-source, BSD-3 licensed software project in the form of the Redis server has been an innovation that has seriously swayed over the developer community and all the startups and enterprises rooting for scalability. With the Microsoft Corporation’s help and its integration of the Azure cache, the final product is decked with loads of functionalities. It will flaunt several use-cases that satisfy the entire developer and enterprise community.

What issues are the enterprises and developers looking to address and why?

The strategic relationship between Microsoft and Redis Enterprise has given rise to Azure cache for Redis. Both the developers and the operators are increasingly looking towards the cloud to address their issues and find appropriate solutions. It is happening now more than ever. The need to reinvent and innovate has also merged with the unprecedented and unparalleled demands from the existing services available.

The times are uncertain. Enterprises and developers do not know which service to entrust their faith to. But in the meantime, everyone, including fintech institutions, financial service majors, retailers, healthcare providers are benefitting from a

Operators want to rid themselves of the hassle of deploying a radical infrastructure and go through extensive procurement cycles. Developers wish to access and avail the tools that will enable them to build new apps and scale-up the existing ones. A well-known toolchain with an established, sturdy developer experience will come in handy in these scalability issues.

Why is serverless Redis an increasing option for developers and operators?

Creating Serverless Redis is effortlessly possible by integrating the Redis server with the Serverless Framework using AWS Lambda, using both node.js and Python functions. Creating such serverless offerings of the Redis server will define the growing trend of using the microservices architecture. It helps you reduce your business service scope and simplify it using a programming language of their choice and thereby implement it.

What are the offerings expected from the Azure cache for Redis?

The developer and enterprise community are really steeped in expectations from the Azure cache for Redis. Microsoft Azure is a cloud structure that is globally present and universally distributed. It presents a secure structure that you can trust without fail. But let us focus on the integration of the Redis Enterprise offerings with the Azure cloud.

The deep integration of the Azure cache with Redis combines the Azure cloud’s globally-distributed presence with the ultimate functionalities of the Redis server. In this way, you can get the best of both worlds. On the one hand, there is the global presence, safety, credibility, and compliance provided by the Azure cloud. On the other hand, the Redis Enterprise boasts itself on its unmatched scalability, excessive availability, brilliant performance, and extended data structure functionality.

The deep integration of the Azure cache with the Redis server is useful for enterprises. It helps them address the critical challenges that spring in their paths of scalability and innovation. These steps are critical to the growth of enterprises.

The key issues that the Azure Redis cache is addressing include-

The Azure Redis cache cost can be segregated into multiple tiers based on the functionalities they present.

While the Basic tier is vital for the developers and operators, the Azure cache pricing for the Standard tier is a little more than the Basic because of its advanced functionalities, comprehensive databases, and the ability to execute bigger workloads. The Premium tier is still more feature-loaded and offers more significant workload implementation compared to the rest two.

This integration of Microsoft and Redis Enterprise will be opening newer boundaries in terms of the functionalities and features that are available for Enterprises only. With this integration, there are two latest Enterprise versions on the block that will amaze the target audience with their superb scalabilities, powerful performance, excellent database deployment, and ability to process tremendous workloads in a matter of seconds. The Azure Redis pricing gradually increases, from the Basic to the Enterprise tiers.

Thus, with the Azure Redis cache, you can always do more, help your organization climb new heights, and fulfill all its organizational objectives.