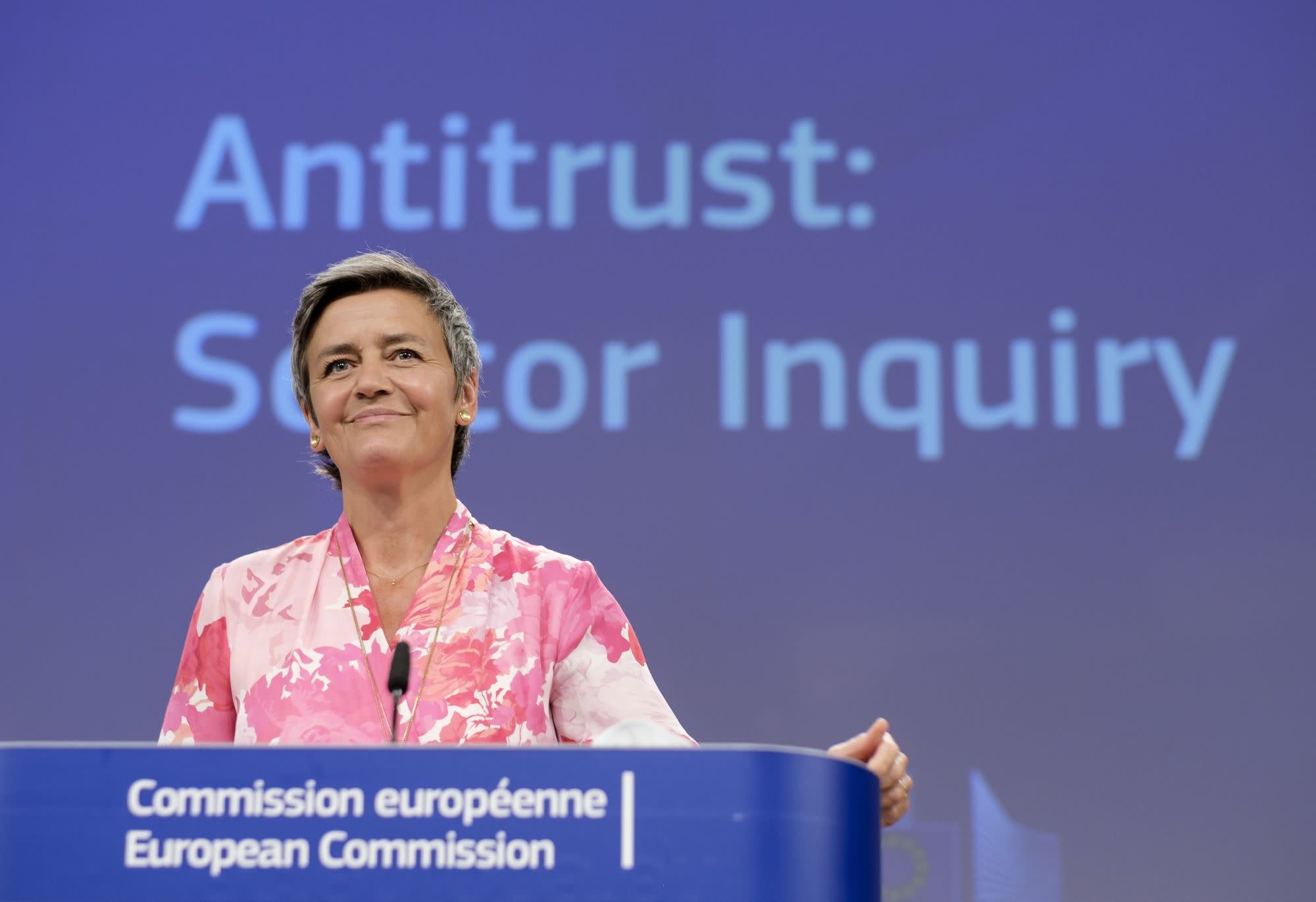 (Bloomberg Opinion) — You would not describe the relationship between Tim Cook and Margrethe Vestager as chummy. The Apple Inc. chief executive officer once described the European Commission antitrust chief’s move to seek 13 billion euros ($14.8 billion) in back taxes from the iPhone maker as “total political crap.” She’s also investigating the App Store and Apple Pay.

But when it comes to voice assistants, there is scope for the two to forge an uneasy alliance.

Vestager announced on Thursday that Apple’s Siri, Amazon.com Inc.’s Alexa and Google’s Assistant were the focus of a new antitrust probe. The Danish politician seems concerned that having the most popular virtual assistant will give the companies power to extend their dominance into even more markets.

That’s where Apple, on the whole, differs from the other two. For Amazon and Google, their robohelpers are a gateway to a bunch of other services: ordering shopping, food, transport and so on. What’s more, if you don’t opt out, they hoover up data to help build a picture of your interests and behavior and serve you ads. That’s one reason why both firms are happy for other makers of smart speakers to embed Alexa or Google Assistant into their devices: They’re more interested in the recurring revenue opportunity presented by owning the vocal interaction with the customer than they are in a slice of the hardware sales.

Apple’s approach is different: Siri is a feature of its own devices. The company makes money when you spend $1,000 on a new iPhone, $300 on a HomePod or $400 on an Apple Watch, and if the availability of Siri helps convince you to do so, then Cook is happy. It is ultimately a hardware company, though it should be noted that Google pays Apple billions of dollars a year to be the iPhone’s default search engine.

For sure, Apple has the opportunity to make some recurring revenue from its HomePod customers by encouraging them to subscribe to its music streaming service. And selling a cheaper version might bring more customers. (Bloomberg News has reported such a device is in the works.) That’s why Google and Amazon are willing to sell the entry-level version of their speakers for less than it costs to make them.

But it doesn’t make sense for the Cupertino, California-based firm to discount the HomePod too heavily, because it has fewer levers to generate incremental profit from the device than its tech rivals. Besides, Siri now supports Spotify Technologies SA’s competing music streaming offering.

It’s too early to know exactly what aspect of voice assistants and the internet of things will be the focus of the EU probe. But regulators have in the past been slow to react to changing market dynamics.

Back in 2018, the EU fined Google a record 4.3 billion euros for the way it strong-armed smartphone-makers into making its search engine and web browser the default option for devices using its Android operating system. By the time the fine hit, seven years after the practice started, Google was already the dominant provider of mobile operating systems, which in turn allowed it become the biggest player in mobile advertising.

The voice assistant push seems to be an effort to ensure there’s no repeat of such mistakes. That would align with Apple’s goals, not least because user privacy has become a pillar of Cook’s pitch to users. But if he can make it harder for Google and Amazon to justify selling their rival hardware at an upfront loss, then the prospects for his business also become rosier. When it comes to voice assistants, Vestager is his enemy’s enemy. That might make her his friend.