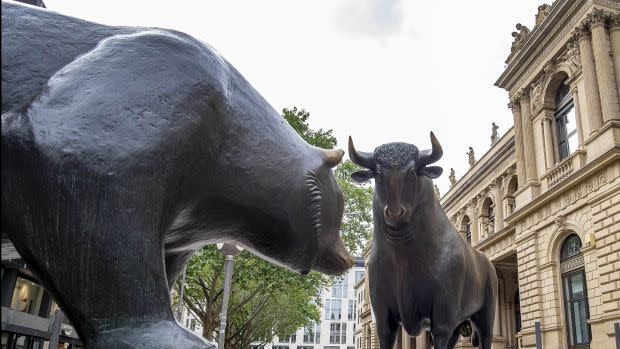 The S&P 500, a benchmark that tracks 500 large US-listed stocks, is back to its January levels after a big dip around the time that Covid-19 first hit the US. The steady performance of the stock market has mystified many observers, as it suggests a decoupling of the stock market from the sputtering US economy. The New York Federal Reserve is projecting US GDP to fall by around 14% in the second quarter of 2020.

But the truth is that the stock market has been performing badly for all but the biggest companies. Quartz analyzed the performance of the nearly 2,000 US-listed publicly traded companies worth at least $1 billion on Jan. 1. We found that smaller companies have been suffering, with the total market cap of companies worth $1-10 billion falling by 10% so far this year. In contrast, the value of the six companies worth more than $500 billion grew by 30%.

Why it’s important: Tech giants are becoming ever more important to the US economy. The six US-listed companies worth over $500 billion on Jan. 1 were Apple, Microsoft, Alphabet, Amazon, Facebook and Berkshire Hathaway. Aside from Berkshire Hathaway, the only non-tech company that made the cut, all of these companies valuation grew by more than 16% from Jan. 1 to July 22. Amazon is up nearly 70%. Without these five tech companies, the S&P 500 would have fallen by 5% since the start of the year, according to the New York Times. Berkshire Hathaway’s market cap actually fell by 15%.

Why it’s interesting: Part of the reason big tech is doing so well may be because these companies do so much of their business outside the US, where the coronavirus is under better control. Financial analyst and investor Barry Ritholtz points out in Bloomberg that while the average company in the S&P 500 gets 43% of their revenue outside the US, Apple, Facebook, and Alphabet get well over half of their revenue outside the US, and Microsoft just about 50%. Amazon is the only one to rely primarily on domestic revenues. Perhaps even more importantly, most of the revenue growth for these companies now comes outside the US.

So the truth is the US stock market is the economy, if you take out giant tech companies with a growing global footprint.

This story is part of a new series we’re trying, “The Thing,” in which we examine what a single chart can tell us about the global economy.