why The Bill’s beat was brought to an end 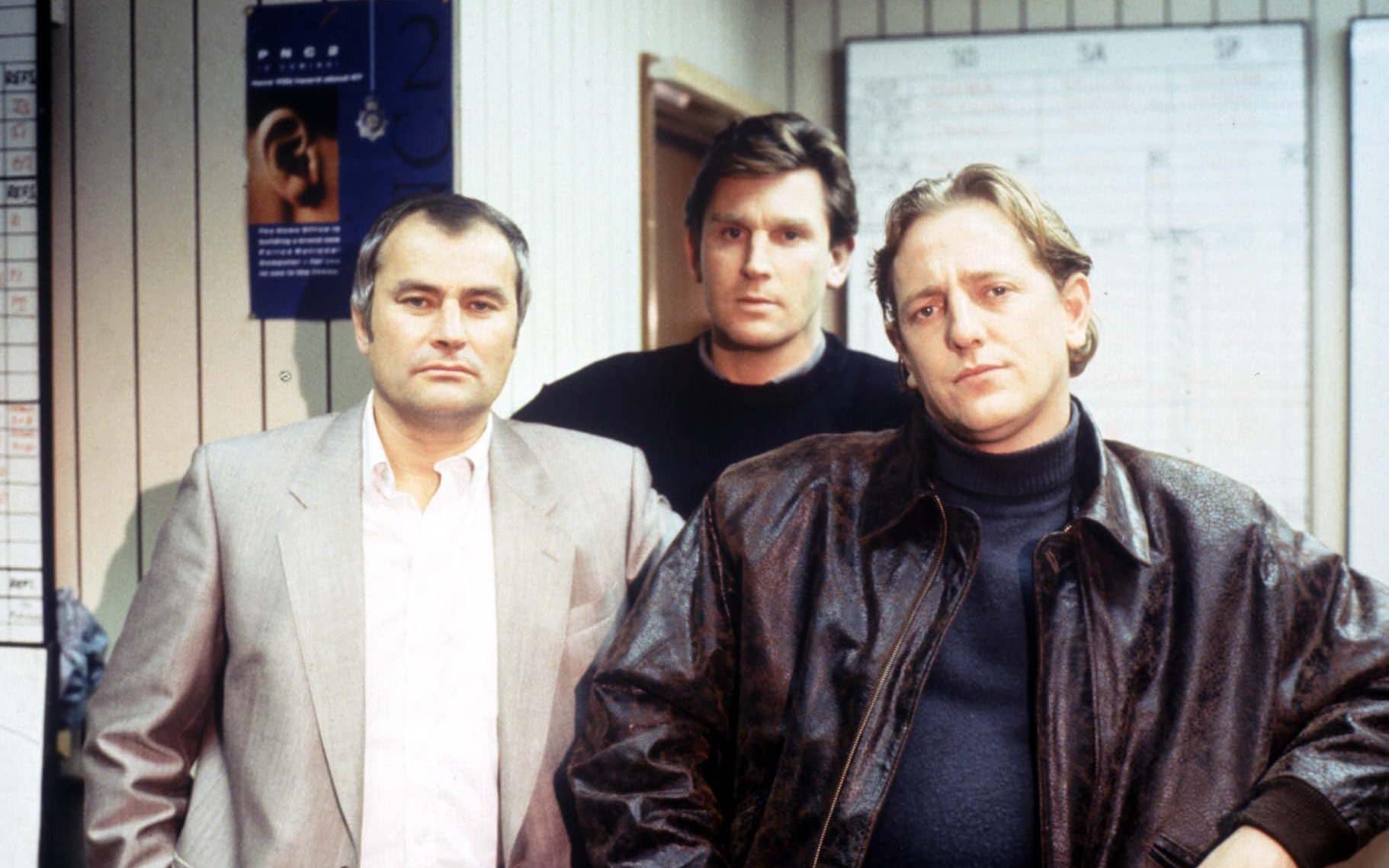 “Nobody can sing The Bill’s theme tune,” laughs Wingett, who played PC Jim Carver, one of the show’s longest-serving stalwarts. “It’s impossible, partly because it’s in such a strange time signature. Many have given it a go in front of me over the years. Nobody ever nails it.”

Why are we talking about a long-decommissioned TV show, a decade since it last aired? Because The Bill is back on the beat. Well, sort of. UKTV Play have snapped up streaming rights for the first five series, which all report for duty from today. From June onwards, one further series will be released per month.

The ITV stalwart first reported for duty in August 1983 under the name of Woodentop – police slang for a helmet-clad constable. It was originally conceived by Hackney-born screenwriter Geoff McQueen as a one-off drama for Thames TV’s “Storyboard” strand, and followed new Met recruit Carver’s first day at East London’s Sun Hill station, where he was shown the ropes by WPC June Ackland (Trudie Goodwin).

Woodentop impressed ITV so much that a full series was commissioned, broadening out from Carver and Ackland to focus on one shift at Sun Hill per episode. McQueen had originally wanted to call the series The Old Bill, another slang term for the police. ITV thought that sounded a little fusty so for the serialisation, shortened it to The Bill. Not even the most gifted sleuth suspected it would go on to become the longest-running police series in British TV history.

“The Bill invented a whole way of doing things,” says Wingett, now 59. “It was all shot by outside broadcast teams on location in the Docklands – which was a lot more derelict and less shiny than it is now. Dixon of Dock Green only went off-air in 1976, seven years earlier, and was nominally set in the East End. We actually went out there and filmed with handheld cameras. It was unlike anything else I’d done.”

Millions of viewers soon became hooked on this immersive and, pardon the pun, arresting drama. “It’s the rozzers!” a wrong ’un would cry. “The filth!” Cue flashing blue lights, screeching halts and breathless foot chases through gritty urban settings, while barking into the radio: “Sierra Oscar 2, in pursuit of suspect on the Jasmine Allan estate, over.”

It was dubbed “the British Hill Street Blues”. The resemblance to the groundbreaking US series was intentional. “Geoff McQueen definitely based it on Hill Street Blues, right down to having ‘Hill’ in our station’s name,” confirms Wingett.

Sun Hill HQ was built inside an old Wapping tobacco warehouse, which soon became problematic. When industrial action began at the nearby News International plant, there were altercations between the strikers and what they thought were the real police – but were actually actors from The Bill. Working conditions became so perilous that the show’s base was eventually moved to Merton.

“We had a lot of freedom back then, which was exciting,” recalls Wingett. “A lot of scenes were semi-improvised and we’d change the dialogue into our own words. Then when we knocked off, we’d all pile down the pub – usually the Paxton on the corner. In one long tracking shot, the camera followed the characters from CID at the top of the building, down the stairs, out of the station’s front door, round the corner and straight into the pub. That was exactly the route we used to take!”

The dodgiest detective of the lot was flinty DCI Frank Burnside, memorably portrayed by Christopher Ellison. “Frank was lovely to play,” says Ellison, now 73. “They gave me great one-liners and he got embroiled in all sorts of messes. He was a great villain – on the side of the law but just as appallingly behaved as the criminals. I still smile when I think about how ghastly he was.

“But he was popular because people love a bad boy. If he was in the police force nowadays, he’d probably be banged up.” The volatile character proved so popular that he got his own spin-off series in 2000, the imaginatively titled Burnside.

“It was a great compliment,” recalls Ellison. “For me, The Bill worked because the writing was clever: tight, funny and dramatic. People got to know, love and identify with the characters. And crucially, the stories were self-contained, so viewers always felt satisfied by the end. It was a natural successor to Z-Cars and The Sweeney – documentary in style, and surprisingly hard-hitting.

“We did things you’d never get away with now. Burnside was always beating people up. I shoved a bloke’s head down the toilet, which became notorious for all the wrong reasons. There’d be an absolute outcry now.”

The show’s success meant its stars could soon get picked out of an identity parade. “I got recognised everywhere I went,” laughs Wingett. “My parents used to follow me down the street, walking 10 yards behind, just to watch people’s reactions.” Responses to Ellison tended to be less complimentary. “They used to shout insults,” chuckles Ellison. “Burnside, you…! They still do, actually. It’s usually middle-aged taxi drivers nowadays.”

Following a Sun Hill shift in each episode, rather than any particular case or character, meant The Bill was very much a procedural show. The plot was seen entirely from the police’s point of view, never the victim’s. This demanded authenticity.

“We had to use a lot of police lingo,” says Wingett. “We called it Billspeak. We were forever talking about CPO, NCIS, SCO and TWOCing. It was clunky and made it harder to learn lines, but we had to make it sound naturalistic. We had police advisors on set from day one, and they helped. I went and hung out with the police a few times for research, which was useful to get the gist of how they did things.”

“I never talked to any police officers,”  laughs Ellison. “Avoided them like the bloody plague, mate. Still do. They used to complain about me. I’d been in four episodes and somebody rang in to say I’d been holding my walkie-talkie upside down. I was talking into the wrong end of the radio.”

Like the real-life force, The Bill inspired loyalty. Wingett stayed for 21 years, with Carver eventually rising to the rank of Detective Sergeant, while Trudie Goodwin – mother of pop star La Roux, trivia fans – put in a 24-year shift as Ackland. She has said that the role was “initially all about whether female officers have their handbag or not”, but she was “determined to make the character a career woman. If the show was made today, there would be more women and more ethnic minorities, which wasn’t the case in our day.”

When The Bill began, the Police Federation protested that it portrayed the force as a racist organisation. “Those early series were quietly subversive,” says Wingett. “It was a time when Thames Television was in a feud with Margaret Thatcher. Ultimately the Conservative government would take away Thames’s franchise, of course.

“So The Bill was knowingly non-PC: racist and sexist at times, absolutely, but it was done deliberately to highlight police issues. There were even references to under-funding. It was an era of political turmoil and the show reflected that. It was very much of its time.”

Despite the gritty storylines and serious themes, The Bill’s cast had a whale of time. “I used to belly laugh every day,” says Wingett fondly. “Because the subject matter was often so dark, light relief became even more important.”

For Ellison, some of the funniest memories are slacks-related. “I hated car scenes,” he laughs. “If you were on observation or a stakeout or something, it was terribly boring and uncomfortably hot. You had to keep the car windows tightly closed for sound reasons, so it would get steaming hot in there and we used to take our trousers off. There were a few courtroom scenes on summer days where I took my trousers off too.”

The tight format meant the show had to be shot quickly and efficiently, without compromising character or storyline. Yet it wasn’t afraid to shake up the template. One memorable episode took place entirely inside a van as officers waited for deployment to quell a riot. The 2003 live episode, aired to commemorate the pilot episode’s 20th anniversary, attracted 10m viewers.

Ratings peaked at 11m viewers in 2005, briefly eclipsing ITV stablemate Coronation Street, but fell to 6m within three years and never arrested (sorry) the downward slide. This wasn’t helped by its ever-changing format. Over the years, it varied between one, two and three episodes per week, of 30 or 60 minutes running time, shunted before and after the watershed. All depended on the whim of the ITV executive sat in the revolving boss’s chair.

The Bill’s revolving cast of cops and robbers provided a launchpad for many actors who would later go onto big things. Indeed, it became a running showbiz joke that every thesp’s list of credits started with Grange Hill and The Bill.

Graham Cole, who played PC Tony Stamp and appeared in more episodes than any other actor, recently joked that Keira Knightley “never phoned” after he worked with her in one of her first ever roles in 1995, aged just 10. Other famous faces with The Bill on their starry CVs include James McAvoy, Russell Brand, Ray Winstone, Hugh Laurie, David Walliams, Catherine Tate and Emma “Baby Spice” Bunton.

“It wasn’t just the actors,” says Wingett. “Lots of famous faces popped up. I remember Sean Bean, who was just out of RADA but barely got a word of dialogue. But it was also a great training ground for directors and crew members. There was a make-up trainee called Sian who went on to become Leonardo DiCaprio’s personal make-up artist. The Bill might have been a quaint home-grown show but it was a great feeder into the industry. That’s why it’s such a loss.”

In March 2010, ITV announced that it was cancelling The Bill, saying the decision “reflected the changing tastes” of viewers. Fans started a “Save the Bill” campaign to no avail. The last episode aired in August 2010, 27 years since the old campaigner’s fresh-faced debut. The finale was titled “Respect” and dedicated to “the men and women of the Metropolitan Police Service, past and present”.

“We lost 90-odd hours of drama per year which has never really been replaced,” says Wingett. “In fact, they’ve replaced it with reality police shows and documentaries. It’s a shame because traditionally there’s always been a uniformed police show on British TV. There’s Line of Duty now, which is great, but that’s a series not a serial. There’s still space for a police procedural.”

“I’m amazed nothing has ever filled The Bill’s boots,” agrees Ellison. “People love a police series, so why not? There was Cuffs, shot in Brighton where I live, but that was axed after one series.”

At least now we can fill the gap by reliving the glory days of The Bill. Sierra Oscar 2 is receiving again. Over.

The Bill: The Early Years, Series 1–5 is available on UKTV Play from today. A further four series will be released for streaming, one per month, from June