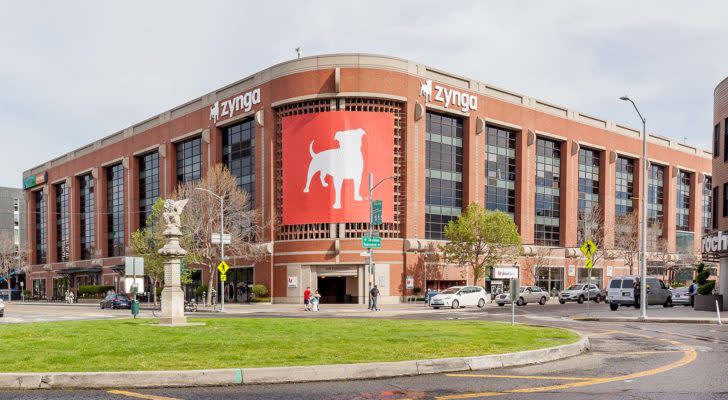 Undeniably, the novel coronavirus is one of the worst catastrophes in American history. And yet, I can’t help but think that the pandemic made Zynga (NASDAQ:ZNGA) great again. Proponents of the mobile video gaming specialist will argue that Zynga stock was already great. However, shares are still down a good-sized discount from their all-time high. So, as Vice President Mike Pence might say, can ZNGA be made great again … again?

Looking at the situation from a bird’s eye view, the evidence strongly points to a hearty, Trump country yee-haw. As the coronavirus started infecting Americans at a blistering rate, a few governors made the painful but critical decision to shut down their state’s economies. Later, as New York became the global epicenter for Covid-19, most states had followed suit.

Actually, it does but in a positive way. In recent years, mobile gaming has been taking market share against the underlying industry. Additionally, mobile games are unencumbered with required accessories — if you have a smartphone, you can play. Because of this unrivaled compatibility, mobile games took off during the peak of the Covid-19 crisis.

So, yes, Zynga stock would probably have done well this year even without the pandemic. However, having a general population at home with more time on their hands certainly helped accelerate its bullish thesis over a very short period.

Further, the gaming company made some aggressive acquisitions. With the sudden strength and relevance of this industry, ZNGA investors could breathe a sigh of relief.

Zynga Stock Could Get a History Lesson

While the supporting fundamentals for the company are very encouraging, investors have noticed conspicuous weakness this month. Notably, on July 13, Zynga stock opened at $10.51 and closed down at $9.75 for a 7.2% loss. Trading volume was higher than average for the third of four sessions.

What’s up with that?

In researching this volatility, I failed to come up with a direct explanation. From what I can gather, many investors are worried about the aforementioned acquisitions. With record-breaking new daily coronavirus infections spreading across the U.S., these stakeholders may have decided to take some profits.

That makes sense. However, it also begs the question: If the coronavirus is great again, shouldn’t that be the case for Zynga stock as well? For instance, because of the resurgence of cases, several major U.S. school districts will not physically open for the fall.

Will that lead to remote learning? Puh-leeze! There’s going to be a lot of video game playing and you darn well know it. In addition, several businesses have extended their remote operational schedule or have flat out closed. This, too, facilitates mobile gaming and streamed entertainment in general.

Why, then, in the face of multiple returning catalysts is Zynga stock not building on its positive momentum?

I believe shares may be learning a history lesson.

Recall that when the coronavirus started catching the nation’s attention, ZNGA didn’t fly higher. Instead, it collapsed in the first half of March, as did many other stocks. It was only when clashing voices in Washington got together to sign the $2 trillion economic recovery package — the CARES Act — did Zynga look like a compelling bet.

In other words, ZNGA wasn’t a play on a social and economic disaster. Instead, it reacted positively to President Trump’s then-strong leadership.

Hold Off on ZNGA Stock for Now

Back in March, the political tone was much more civil than it is today. Indeed, I would consider it unrecognizable. Just take a look at the White House’s official transcript of the President’s remarks of signing the CARES Act.

Interestingly, Dr. Anthony Fauci, when asked to provide some comments by Trump, responded in part, “This is what America is all about: a bipartisan approach, with your leadership, to do something that’s sorely needed by the American people.”

Something tells me that Dr. Fauci will be less gracious with his words right now.

But I’m not here to play political psychology. Instead, I wish to contrast the civility of a few months ago with what we’re seeing today. With a key element of the CARES Act — the $600 weekly payments made on top of state unemployment checks — about to expire soon, we’re staring at a severe economic catastrophe.

However, this time, we don’t have anything close to the consensus that led to the $2 trillion rescue package. Unfortunately, that’s not good news for Zynga stock, which is levered toward a consumer discretionary sector.

Until this narrative changes — and right quick — I’m hesitant on pulling the trigger on ZNGA. Because the markets need to keep Zynga great and that is currently no easy task.

A former senior business analyst for Sony Electronics, Josh Enomoto has helped broker major contracts with Fortune Global 500 companies. Over the past several years, he has delivered unique, critical insights for the investment markets, as well as various other industries including legal, construction management, and healthcare. As of this writing, he did not hold a position in any of the aforementioned securities.