A woman whose date made her wait for over half an hour shared a storytime on TikTok about the follow-up voicemails the guy left her after she refused to wait a minute longer for him to show up.

Dallas radio host Mason (@masononthemic) kicked off the storytime by explaining how she had taken a pre-date nap, shower and done her hair before sitting in a restaurant for 30 minutes by herself.

Shop this colorful cookware for brightening up your kitchen!

Mason said that the guy then left five or six additional voicemails on her phone, which she played for TikTok.

“It’s been an hour and I haven’t really heard from you,” the date can be heard saying on Mason’s phone, “which I don’t think is very cool. I talked to my friends and they said I should have heard something from you by now.”

“‘Not cool,’” Mason repeats sarcastically in response. “What?!”

Mason goes on to post 11 more follow-up videos featuring clips of various voicemails the man left her. Each has racked up millions of views, while the first video has almost 9 million.

The voicemails switch between getting progressively angrier and apologizing. At one point, the man’s alleged mom got ahold of Mason and left her own voicemail asking Mason to come over to family dinner so she could see that the mom had “raised a good boy.”

Mason, rightfully freaked out by the situation’s escalation, also debates filing a restraining order in one TikTok. Commenters were alarmed by the voicemails.

“You dodged a bullet,” someone said. “The gaslighting is strong with that one.”

“Watch out for him,” another warned. “You might think you can just ignore him, but he might keep on.”

“I don’t think you could put more red flags into a voicemail if you tried,” a commenter wrote.

3 TikTok-viral kitchen gadgets you can get on Amazon

In The Know is now available on Apple News — follow us here!

If you enjoyed this story, read more about critiques of the midsize fashion movement.

More from In The Know:

The ‘best iron I’ve ever owned’: Amazon shoppers love this 2-in-1 hair straightener and curler

These inexpensive, silky-soft pillowcases on Amazon are good for your hair and skin

The 3 most affordable meal delivery kits for cooking at home

The post Woman shares ‘red flag’ voicemails she got from date who stood her up appeared first on In The Know. 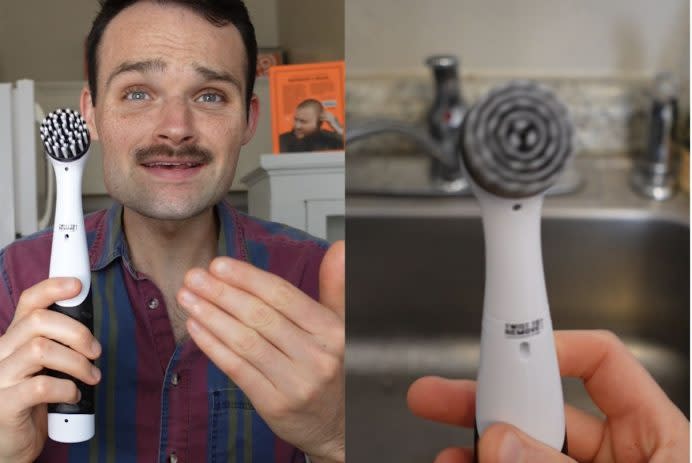