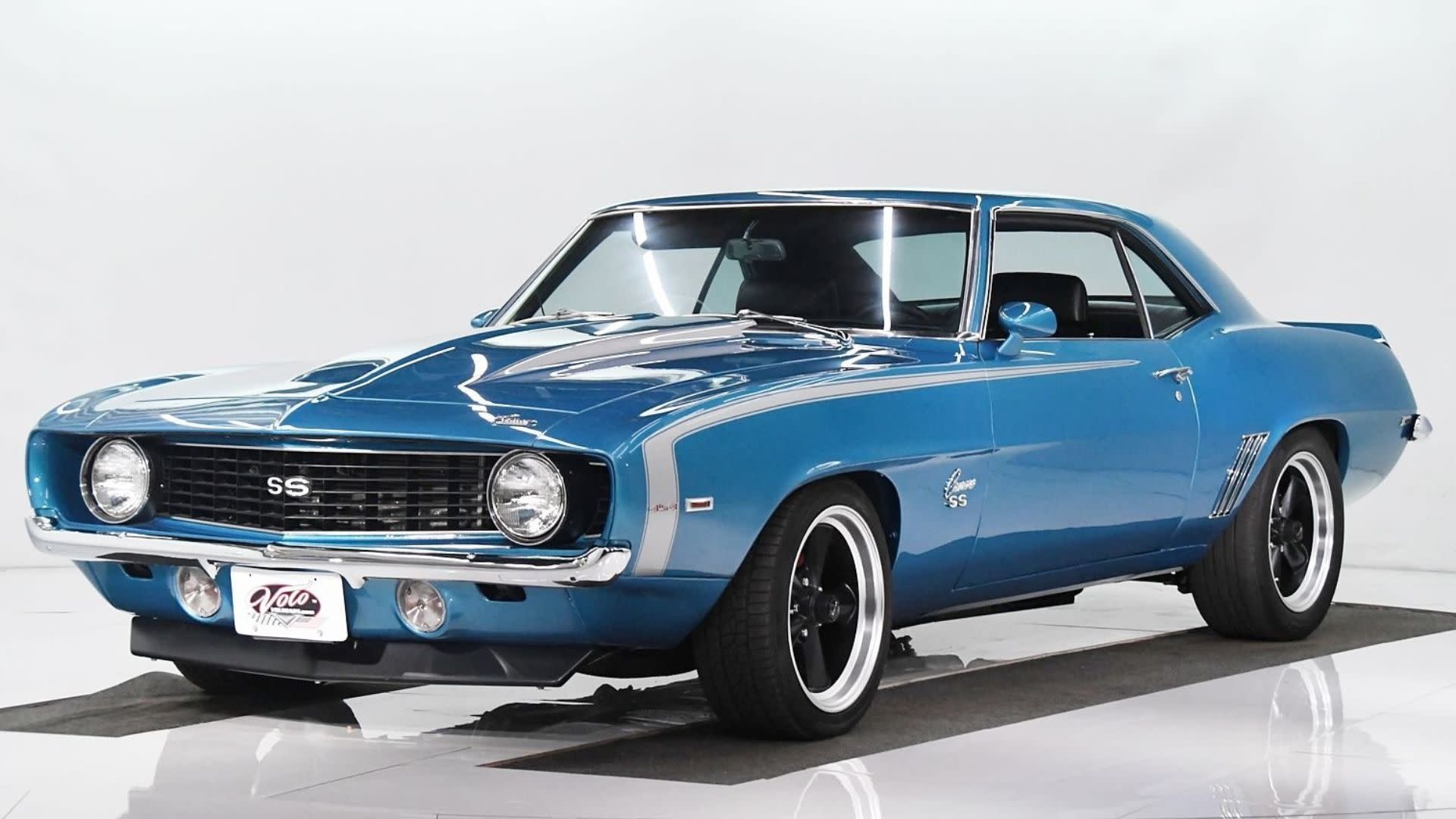 This muscle car comes with some nice pluses.

Whether you’re a GM fan or not, there’s no denying the allure of the ’69 Camaro. It was produced right at the height of the American muscle car wars back in the day, aimed at knocking off the Ford Mustang and Plymouth Barracuda. If you’ve dreamed of owning one of these machines, this could be your chance.

For many, 1969 is the most desirable model year for the Camaro. It was the final production year of the first generation, so it’s definitely a milestone in the muscle car’s history. That alone is reason enough for many to lust after this vehicle, so you will get comments and more as you cruise around in this machine.

This car is not entirely stock. It’s also not upgraded with all kinds of tacky mods. Instead, it strikes a nice balance. Painted LeMans Blue with silver hockey stripes and hood accents, chrome louvres on the rear fenders, and Ridler 17-inch black wheels combine for a sharp look. The black interior is mostly stock-looking, except the white-faced custom gauges and custom center console.  There’s a nice B&M Quicksilver shifter and a modern sound system, too.

Things get interesting under the hood. You find a rebuilt 454ci V8 which was bored 30 over and contains a 540 lift Summit cam, Comp springs, big port heads, three-angle valve job, 10.25:1 compression, and a high-volume oil pump. An aluminum intake has been fitted up top with a dual-feed Holley carb. Backing up the engine is a Turbo 400 TCI Streetfighter automatic transmission. A fuel regulator with gauge, HEI ignition system, K&N air filter, BeCool aluminum radiator with two electric fans, high-volume water pump, and Hooker headers are also installed. Power steering and power brakes with four-wheel slotted disc make this an easier beast to wrangle. You should have a blast driving it hard.

If you want to make this 1969 Chevrolet Camaro SS yours, it’s being offered for sale through Volo Auto Museum, so you know who to contact.

Motorious has an extensive Knowledge Base of the 1969 Chevy Camaro and other model years of this quintessential American muscle car. Click hereto learn more.