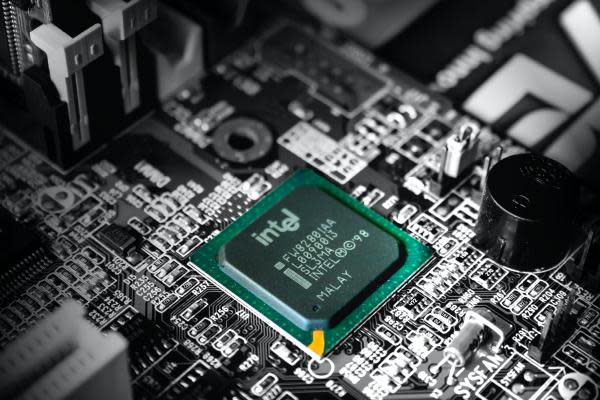 Considering the effects the coronavirus has had on U.S. and world markets in 2020, it might be understandable to long for the “simpler times” of 2019. However, there’s one major storyline from last year we might wish to forget—trade policy and tariffs—but here it is back on the front page.

On Friday, China announced it had revoked the license of one of the U.S. consulate offices, in apparent retaliation for the ordered shuttering earlier this week of the Chinese consulate in Houston. It’s unclear yet whether these latest steps mark a return to the tariff tensions of 2019, or just a bit of posturing amid ongoing negotiations.

China’s markets, which began July with a monster rally, gave back about 5% to end the week. European markets are down as well. Here in the U.S., futures markets are pointing to an extension of yesterday’s selloff, and the Cboe Volatility Index (VIX)—which dipped to the 23 handle for a brief period this week—touched 28 this morning before falling back to 27. But considering the extent and speed to which markets recovered from the spring meltdown, the occasional pullback is part and parcel of market dynamics.

But markets are forward-looking, so it’s important to keep an eye on what comes next. We’re entering the power band of earnings season, with some big tech and industrial names reporting next week (see more below). As the economic recovery inches along, another round of fiscal stimulus is in the works, though the timing and size are still being hashed out. And remember: Tomorrow marks exactly 100 days before the election, and all this back-and-forth on the political, economic, and trade fronts could mean volatile markets for the near future.

After the Info Tech carnage yesterday, the question is whether it was a typical burst of profit-taking or something more dramatic. At first glance, the first possibility seems more likely.

Earnings hopes for Tech were set pretty darn high, and Microsoft Corporation (NASDAQ: MSFT) was a good example. They reported solid earnings, but it comes to a point where it’s tough to beat expectations. The Tech sector has rallied so much into earnings on hopes for good news that anything short of perfection and these stocks could be vulnerable.

That’s something to keep in mind as we head into next week and face a quartet of earnings from Amazon.com, Inc. (NASDAQ: AMZN), Apple Inc. (NASDAQ: AAPL), Facebook, Inc. (NASDAQ: FB) and Alphabet Inc (NASDAQ: GOOGL). It’s probably the busiest week of reporting season, and we’re approaching it with the Nasdaq (COMP) near all-time highs even after Thursday’s selloff. When companies don’t beat expectations lately, that’s when the selling pressure comes.

Weakness in that quartet on Thursday might have reflected investors watching how MSFT and Tesla Inc (NASDAQ: TSLA) saw their shares knocked down despite solid Q2 numbers. A lot of market capitalization got removed yesterday. The weakness in these mega-techs shows you the influence they have not only on COMP, but also on the S&P 500 Index (SPX), which they now compose a huge portion of from a valuation standpoint.

The selloff in COMP was more broad-based than we’ve seen in a while, with even some stay-at-home stocks like Zoom Video Communications Inc (NASDAQ: ZM) getting taken to the woodshed. The semiconductors didn’t get left out, either, and Intel Corporation (NASDAQ: INTC) got chopped 13% after the close as their earnings guidance for Q3 came in a bit weaker than Wall Street had expected. The Q2 numbers looked pretty good, though.

While the Tech breakdown yesterday could have some people thinking the sector is ready to come in for a landing, don’t count it out yet. As one analyst noted, selling on any one day in the sector is often met with buyers getting in on the dip the day after. The COMP has gone nearly 50 sessions without two consecutive daily loses, a new record streak for the index that could be tested today.

Yields Below 0.6%? No Problem Thursday For Regional Banks

Financials were one of the few sectors to end in the green Thursday despite a further slide in U.S. Treasury yields, with the benchmark 10-year note ending the day below 0.6% for the second session in a row. It looks like that range of 0.6% to 0.7% that held pretty much since April is now getting broken to the downside.

Financials are going to have a tough time participating in any rally if yields stay this low. Financials are one of the largest sectors in the S&P 500 Index (SPX)—and one that’s tethered to the economy as a whole— so it could be hard to continue momentum without participation from bank stocks.

That said, the big Wall Street investment banks have shown decent ability to navigate a 0.6% yield environment lately. In addition, one bright spot Thursday was the regional banks. Some earnings strength out of that sector helped the Russell 2000 Index (RUT) of small-caps close flat while nearly everything else took a dive.

It was kind of a surprise to see this on a day when yields continued moving lower, which tends to hurt bank profits. The market seems to be reacting to some of these smaller banks finding ways to cut costs and being able to drum up business even in the middle of this crisis. Remember, these banks serve small businesses that, at the end of the day, drive jobs. And when you consider these small regional banks derive a major portion of their revenue from what happens within local branches—many of which have been subject to pandemic-related shutdowns—a rebound in small bank shares could be a positive sign.

What else looks hot after yesterday’s downturn? The home sector, for one, and also some of the companies that make big-ticket items people tend to buy when they move into a home or decide to renovate. Record-low mortgage rates are keeping the housing market relatively strong, and some of the home supply firms like Whirlpool Corporation (NYSE: WHR) and Best Buy Co Inc (NYSE: BBY) have been rolling along pretty nicely.

Today’s June new home sales data could provide additional insight into housing. The Wall Street consensus is for a seasonally-adjusted annual rate of 680,000, up from 676,000 in May, Briefing.com said. The May results represented a 16% rise from April. Existing home sales for June reported earlier this week sizzled.

That said, people need jobs to buy new homes, and yesterday’s rise in weekly initial jobless claims arguably set a negative tone that held through much of the session.

It’s a bit worrisome, obviously for people still struggling to find a job, but also in the context of Congress struggling to get a new fiscal stimulus approved before the old one expires. That could end up being as big a story as any next week, despite the Fed meeting and the full plate of earnings reports. This isn’t a political column, but if Congress shows signs of stumbling on this, markets might not react well here or overseas.

CHART OF THE DAY: GOING SEPARATE WAYS: While the Russell 2000 (RUT—candlestick) has been trending up, the 10-year Treasury Index (TNX—purple line) has been trending down (see yellow trendlines). Positive performance from regional financial companies helped move the RUT up, a surprising move in light of declining rates. Data sources: FTSE Russell, Cboe Global Markets. Chart source: The thinkorswim® platform from TD Ameritrade. For illustrative purposes only. Past performance does not guarantee future results.

RUT On Rise: Small-caps led Thursday on Wall Street as the Russell 2000 Index (RUT) outpaced its bigger cousins. Since its March lows, the RUT is now up nearly 56%, beating the S&P 500’s (SPX) 49% move over the same time frame. Since June 1, the two indices are neck and neck, both up about 7%. That’s a race that might bear watching. Here’s why: During the first part of the post-collapse rally, the RUT easily outran the SPX, and conventional wisdom suggests sharp rallies in small-caps can sometimes be a good barometer for the market as a whole. Over the last nearly two months, RUT isn’t sending as much of a signal, which could mean there’s less room for broader indices to rally, at least if they’re taking their cue from RUT.

Other rally barometers like copper and the Dow Jones Transportation Average ($DJT) are also starting to level off a little after fierce upward moves back in the spring. Could it just be the summer doldrums taking hold, or does this reflect a possible slowdown in the broader rally?

Cost-Cutting Key: Before the pandemic, it was relatively easy to assess an earnings report. Back then, stronger guidance or an earnings beat were often enough to send shares higher. These days, guidance is a bit hard to find amid the uncertainty, and many analysts say they’re not looking closely at 2020 numbers because COVID-19 basically dumped a big pail of water on corporate performance this year.

So instead, a lot of investors are scrutinizing costs. Most importantly, investors should look for evidence of how firms plan to cut spending in these tough times. That’s what the Street seems to want to hear—how they’ll bring down costs so they’re better situated if the storm continues. Another thing that’s always key but may be more than ever this year is future plans. If 2020 is a wash, what do the executives say about next steps? How are they going to extricate their companies from the Q2 quagmire? What exactly are they changing to make sure they’re ready for any extra hits from the pandemic? It’s fair to say every company (and every analyst, to be fair) got upended by COVID-19. We’re getting to the point, however, where many investors won’t want to hear excuses. They’ll want action. It’s more important than ever for a CEO to have a good plan.

Nothing Ventured: Caterpillars build cocoons to transform into butterflies. There’s a similar process in the business world where companies often go through a “cocoon” phase where they’re supported by early venture capital to build strength ahead of their first public offering. Well, the coronavirus is slowing that process, along with a lot of other things. Nationally, the pace of venture funding deals fell 23% in Q2, though the total amount invested was down just 1 percent. That’s according to Crain’s Chicago Business.

Venture capitalists spent much of Q2 triaging existing investments, Crain’s reported. In-person meetings were curtailed by travel restrictions and lockdowns, and venture firms slowly began to adapt to doing virtual deals. “Venture firms generally became much more conservative around dealmaking as the pandemic hit the U.S. in March and early April, leading to a downturn in both VC invested and number of deals completed in Q2,” Crain’s quoted PitchBook and NVCA saying.

So what does this mean for the stock market? Maybe not much right now, but a few years down the road it could lead to a slower pace of initial public offerings (IPOs)—not a good trend for the big investment banks.